A World Without Holocaust Survivors 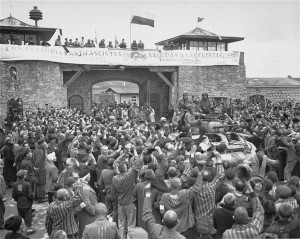 As the number of Holocaust survivors able to give direct testimony about their horrific experiences during World War II is dropping precipitously, the Jewish community is seriously considering how the Holocaust narrative may adjust to a future where no eyewitnesses remain.

According to Hillary Kessler-Godin of the Conference on Jewish Material Claims against Germany, about 500,000 survivors remain alive worldwide. The Holocaust Survivors Assistant Act of 2011 estimated that about 127,000 survivors were still alive in the United States, and Dr. Paul Winkler, executive director of the New Jersey Commission on Holocaust Education, suggests that over the past six or seven years the number of survivors in New Jersey has decreased from 5,000 to about 2,000.

Speaking to these demographic realities, Dr. Jonathan Sarna, professor of American Jewish history at Brandeis University, says, “As I tell my students, they are really the last generation that will be able to say they personally knew individuals who experienced the Shoah.”

April 18 marks this year’s Holocaust Remembrance Day, known as “Yom HaShoah” in Israel. As scholars and educators consider a future without survivors, some focus on preserving the literal memory of the Holocaust as both a sacred obligation to the victims and an educational tool for ensuring “never again.” Others suggest that more effective ways to remember the tragedy will be new ritualized commemorations and even Holocaust fiction.

As the generation now coming of age moves beyond simply hearing testimony to creating new ways to mark the Holocaust and keep it meaningful, Sarna suggests that new commemorations will have to evoke multiple meanings, as does the Passover seder— with lessons ranging from man’s inhumanity to man, to the Zionist idea that Jews are never safe, to the importance of the State of Israel as well as lessons of courage, resistance, and the strength of the human spirit.

At the same time, the messages to young people need to be balanced if they are not to invoke what is termed “Holocaust fatigue.”

“I’m sure we do not want to teach young Jews that the only reason to be Jewish is because people want to kill and destroy Jews and … because we don’t want to give posthumous victories to Hitler,” says Sarna. “Nevertheless I think it would be disastrous for humanity if we allowed the memory of the Shoah to dissipate; our job is to keep the memory fresh and to ensure that these lessons are learned anew in every generation.”

For Jewish educators and museum professionals, the focus remains on survivor testimony. Diane Saltzman, director of survivor affairs at the United States Holocaust Memorial Museum, suggests that the survivors—as eyewitnesses—remain our best teachers. “While we are fortunate to still have them, we are trying to document from them as much as possible about their experiences,” she says. “What they provide is something no one else can provide.”

New Jersey’s Holocaust Commission under Winkler has been responding over the last five years to the diminishing numbers of survivors with a three-pronged transitional effort: ensuring that as many New Jersey students as possible meet a survivor; training second-, third, and even fourth-generation groups to make sure they know their parents’ stories and how to share them; and giving teacher workshops on how to teach about the Holocaust without the presence of a survivor and how to respond to questions influenced by people who question the veracity of the Holocaust.

Acknowledging the need for some ritualized programs on Yom HaShoah, Winkler suggests that education is the real key to Holocaust remembrance: “If we don’t have teachers educate students on an ongoing basis on the evils of bias, prejudice, bigotry, holocaust, and genocide, we won’t succeed.”

Both the New Jersey Holocaust Commission and the Holocaust Museum will also continue their efforts to draw links between the Holocaust and other genocides, as Winkler says, “to make sure people see that these evils could happen to any group.”

Yehuda Kurtzer, president of Shalom Hartmann Institute of North America and author of Shuva: The Future of the Jewish Past, suggests that making meaning about the past, and the Holocaust in particular may be the defining struggle of this generation.

Whereas up to now making meaning from the Holocaust has been exclusively the right of survivors. But this view, of which Elie Wiesel is the architect, is not in consonance with the traditional Jewish practice of remembering past events via ritual, liturgy, theology, and Jewish practice, but rather defines history by those who lived through it.

For example, the martyrology service on Yom Kippur, says Kurtzer, “is a series of historical events made into a mythology … in a search for truth that goes beyond historicity. It speaks to larger values we are hoping to embody out of those experiences of the Jewish past that are more than what actually happened to individuals.”

In the future, suggests Kurtzer, the Holocaust may mean an obligation for people who did not live through it to imagine themselves doing so, as Jews do for slavery during the Passover seder. “If we do, we have to be willing for the story to change,” he says.

This may mean valuing fiction as we do memoir as a means of capturing Holocaust memory. Alluding to Ruth Franklin’s book A Thousand Darknesses, he says, “In some ways it [i.e., fictionalization] makes it better, makes it adaptable, and you can actually learn something from it.”

In his new book, Kurtzer has tried to advance an almost theological approach with regard to “how Jews in the past take things historically very real to them and still craft a system where they could take what they needed from the past and leave what they didn’t need behind, in some ways transcending history… If it going to matter to Jews about the past, it has to not be about historic memory but about mythic meaning.”