The purported leader of a state that the whole world wants to create happily greets the killers of Jews.

What is amazing is that no western leader finds these images to be disgusting.

No academic notes the hypocrisy of a “peace partner” welcoming, in person, murderers and terrorists.

No mainstream journalist or editorialist says the obvious – that a people who lionize murderers are clearly not deserving of any Western support, let alone a state.

There is not one word of condemnation from the enlightened West that Mahmoud Abbas – personally and proudly – poses with and praises people with blood on their hands.

Photos that would instantly torpedo the career of any other politician on the planet are not newsworthy when the politician is “President of Palestine.”

The world agrees:  Palestinian Arab leaders are moderate, peace-loving victims and that the people that their people murder are evil colonialist oppressors who deserved to be shot, stabbed, and bludgeoned to death.

There is no other interpretation. 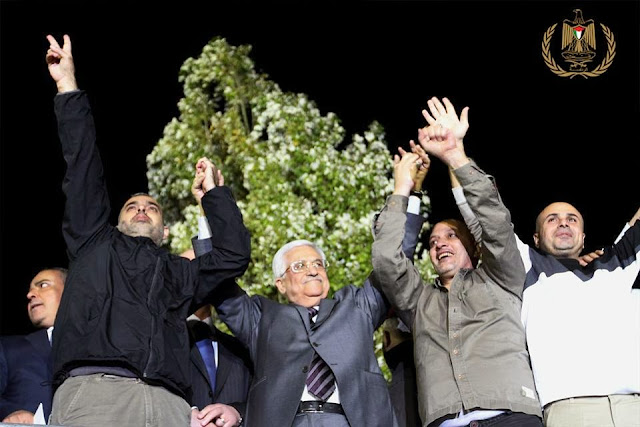 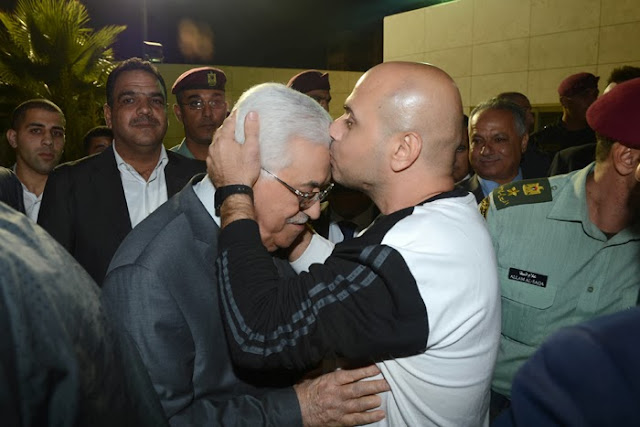 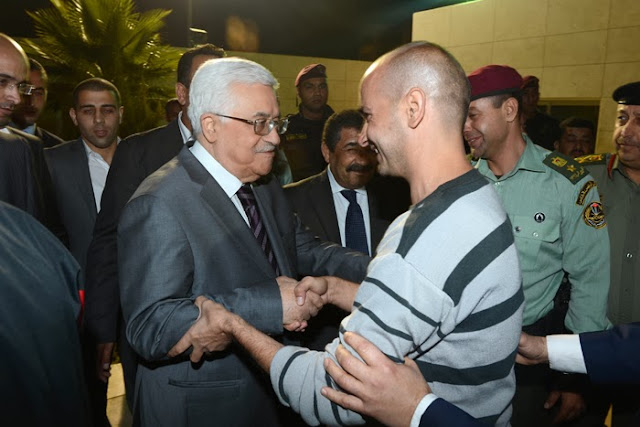 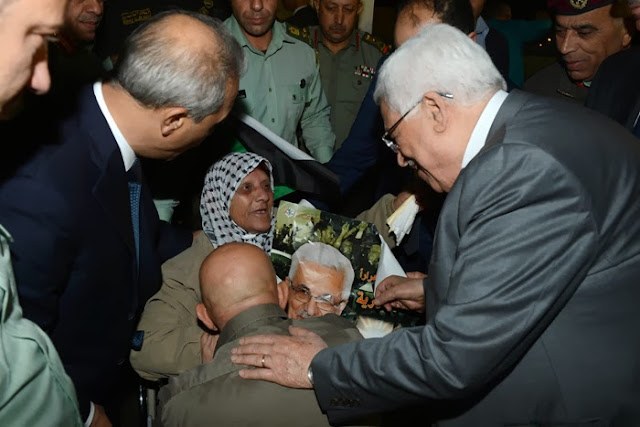 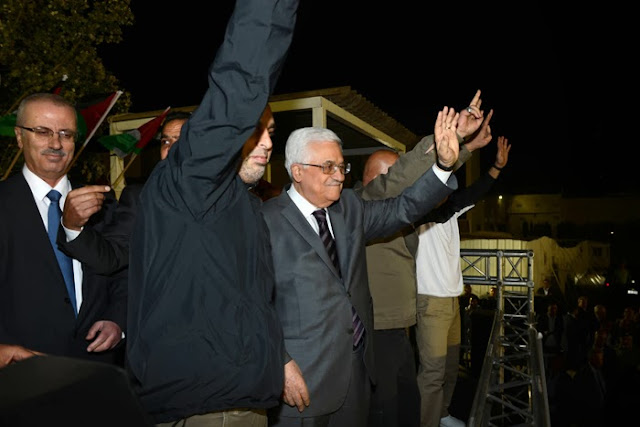 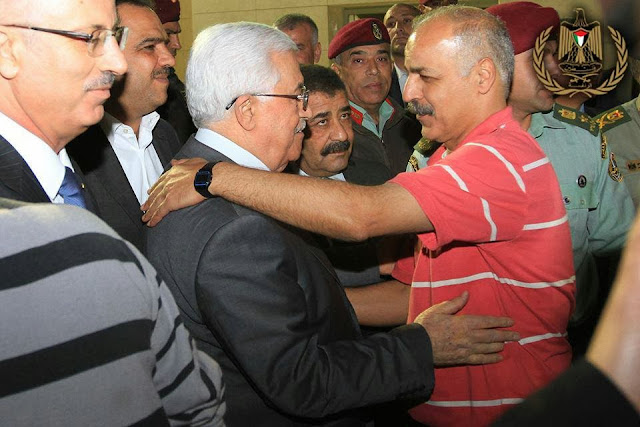 At the end of this video below showing the celebrations, one of the murderers says, to the cheers of the crowd, “All of Palestine from the river to the sea”: