Is J-Street Really Against BDS? Their Opposition to Anti-BDS Legislation Shows the Answer 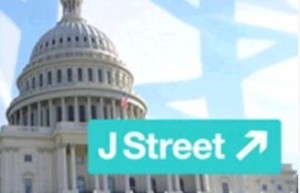 The Times of Israel reports:

After weeks of legislative drama, a trade bill containing provisions opposing the boycott, divestment and sanctions (BDS) campaign against Israel cleared its final legislative hurdle Wednesday afternoon. The anti-BDS language, passed as part of the controversial Trade Promotion Authority legislation, is expected to be signed into law by President Barack Obama, who had pushed Congress to pass the trade bill as soon as possible.

Two amendments opposing BDS in Europe – one sponsored by Democratic Sen. Ben Cardin and Republican Sen. Rob Portman and the other by Republican Representative Peter Roskam and Democratic Representative Juan Vargas – were included in a trade authorization package that was considered must-pass legislation for the administration.

Reading J-Street’s reasoning in opposing the bill reveals much about that purportedly “pro-Israel” organization:

We view the Roskam-Vargas “U.S.-Israel Trade and Commercial Enhancement Act” (H.R.825) as not simply unhelpful to the effort to combat Global BDS, but contrary to longstanding US policy opposing settlement of the territory occupied by Israel in the 1967 Six Day War.
…
The current stalemate in diplomatic progress toward a two-state solution has led some groups to pursue more limited boycotts or divestment initiatives in opposition to only the occupation and not Israel itself. These “targeted” efforts do not call for a boycott of Israel itself or Israeli goods, but of settlement products, unlike the all-encompassing boycott of Israel promoted by the global BDS Movement.

While J Street does not participate in such targeted boycott or divestment initiatives, we do not believe it is productive or appropriate for the United States government to spend time and resources preventing or reporting on such efforts.

J-Street claims to be opposed to BDS. But legislation that opposes BDS in all territories controlled by Israel is considered so heinous that they would rather see Israel boycotted than consider that Jews who live in their ancestral lands should not be boycotted. Which means that their opposition to BDS is not really so strong.

To put it another way, they claim to love Israel, but if that means that all Israeli citizens are treated the same whatever side of the Green Line they happen to live on, then screw Israel.

Also, while J-Street claims that this legislation doesn’t distinguish between Israel and the territories, its opposition shows that J-Street doesn’t distinguish between the Western Wall and Ramallah – all of them are the same occupied territory according to J-Street where Jews should be allowed to be boycotted if their friends at Jewish Voice for Peace want to. If someone wants to boycott a kosher falafel shop in the Jewish Quarter of the Old City, J-Street supports that right.

Legislation often includes parts that not everyone is thrilled with, but the greater good is considered worth the price of the particular parts that one doesn’t like. J-Street has decided that the possibility of supporting Jews in the territories against discrimination more than negates any good that comes from a major piece of anti-BDS legislation.

——–
* I have looked hard for evidence of a single J-Street action on a single college campus – a table, a protest, anything – publicly denouncing BDS. I have not found one yet. They only have some online documents against BDS that as far as I can tell were never physically distributed to anyone.

The impression one gets is that J-Street wants to maintain its ties to radical anti-Israel BDS groups like JVP but still wants to pretend to be pro-Israel.