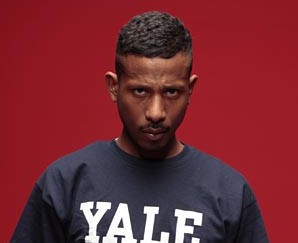 The rapper Shyne, who enjoyed a successful hip-hop career in the early aughts before it was derailed by legal issues, and has since embraced Orthodox Judaism and taken on the name Moses Michael Levi, spoke to The Cipha Sounds and Rosenberg Show on New York’s Hot 97  Tuesday, calling the rapper Rick Ross a “cornball” and saying he was more Jewish than Drake.

Ross, who recently released a mixtape titled “The Black Bar Mitzvah” drew the ire of the orthodox rapper, who had this to say: “I just find it curious that when Shyne Po do his Judaism thing and I’m on my Israelite thing, dudes was taking shots and poking fun at that and now, fat boy is coming out with Black Bar Mitzvah. I have a lot of issues with him, but my most important issue is that to me, old boy is like Donnie Brasco. Dudes always say, he makes good music. It’s not about that. It’s about the integrity. Like blood, I have no problems with correctional officers. […] But if any of them CO’s would try to act like they was thugs or gangstas, I had no love for them because that’s not what they do. They civilians. So imagine Donnie Brasco, Sammy the Bull, coming out with an album talking about how gangster they are after they did what they did. My thing is, if you a cop, try to stay a cop.”

The Canadian rapper Drake, whose mother is Jewish, and who appeared on Ross’ mixtape, was also a topic of conversation. At one point during the interview one of the show’s hosts said to Shyne, “Drake’s more Jewish than you are,” to which he responded, “My mother’s Jewish and my father’s Jewish. I’m a Levi. Watch your mouth,” then later saying, “I always knew I was Jewish. In my family being Jewish was just a matter of fact.”