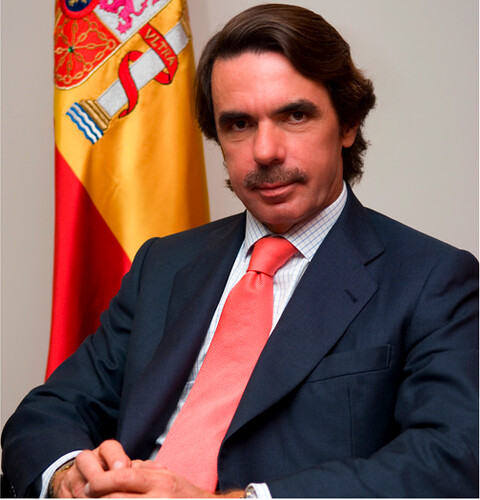 One of the few European leaders of recent years to publicly support Israel, the former Spanish prime minister initiated the formation of the Friends of Israel Initiative in 2010 in order to combat the international delegitimization campaign against the Jewish state. In 2012 he penned an op-ed in the London Times in which he castigated much of the West for  cold shouldering  Israel, writing, “Isolation not only renders Israel weaker against its enemies, but also makes all Westerners weaker.”