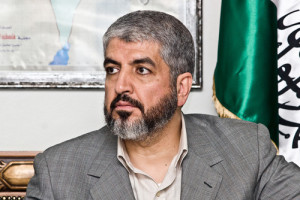 Hamas leader Khaled Mashaal. He will meet with a delegation from the Palestinian Authority in Qatar this weekend. Photo: Wikimedia Commons.

“Fatah’s strategy with Israel has failed and Hamas has also not been providing answers regarding its own strategy to the Palestinians in Gaza,” a Fatah official told Haaretz.

According to the report, the new proposed Palestinian initiative will focus on forming a national unity government instead of a government of technocrats. This will eventually lay the groundwork for presidential and parliamentary elections, the report said.

Nevertheless, several reconciliation attempts have been made over the years, including the most recent agreement signed in 2014 in Cairo between Haniyeh and Mahmoud Abbas. Despite the agreements, little progress has been made towards reconciliation as both sides remains fearful of attempts by either group of overthrowing each other in their respective territories as well as a number of other outstanding issues.

Israel, which considers Hamas a terrorist organization, has opposed any attempts by Abbas towards reconciliation.