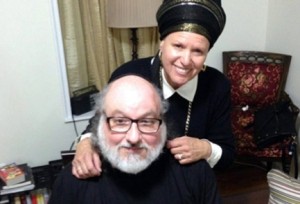 Pollard, 63, was released from federal prison in November 2015, after being jailed for three decades for providing classified information to Israel when he worked as a naval intelligence analyst in the 1980s.

While behind bars, Pollard — an American Jew — was granted Israeli citizenship.

The terms of Pollard’s parole dictated he must remain in the US for at least five years after his release date.

According to the Channel 2 report, Netanyahu promised the Americans that Pollard’s other parole conditions — including a curfew, electronic monitoring and a media contact ban — would still be enforced in Israel.

While Pollard was incarcerated, Israel’s efforts to secure his early release were sometimes tied to the peace process with the Palestinians, but none bore fruit.