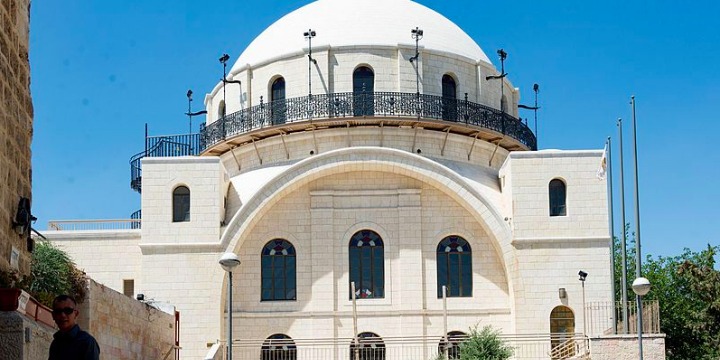 Hurva Synagogue in the Jewish Quarter of the Old City of Jerusalem. Photo: Wikimedia Commons.

JNS.org – Some 80 new synagogues are currently under construction in Jerusalem for a total cost estimated at 800 million shekels ($224 million).

The capital already contains hundreds of synagogues, but these still fall short of meeting the needs of the growing traditional, religious and ultra-Orthodox communities in the city.

According to Lavi Industries, the world’s largest synagogue furnishings maker, some of the synagogues are being designed as complexes that can seat 5,000 to 10,000 people each.

The company said that the cost of building an average-size synagogue that seats 300 to 400 worshippers is about NIS 10 million ($2.8 million), compared to about NIS 30 million ($8.4 million) for a more palatial synagogue.