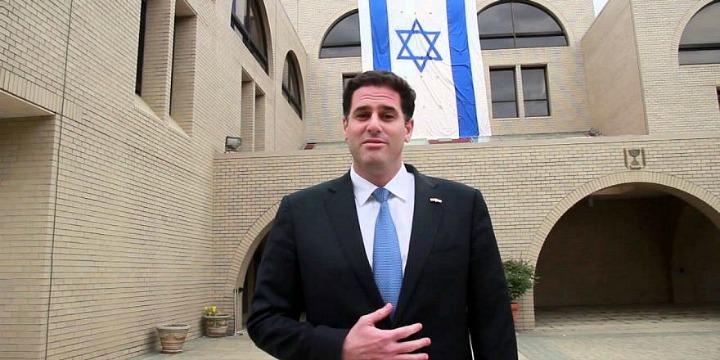 JNS.org – Israeli Ambassador to the United States Ron Dermer will represent his country at memorials in Washington, D.C. for the late Sen. John McCain (R-Ariz.), according to Israel’s Foreign Ministry.

McCain died on Aug. 25 at the age of 81 from glioblastoma, an aggressive form of brain cancer. Wednesday would have been his 82nd birthday.

McCain was a stalwart ally of Israel. Dermer wrote on Twitter on Sunday, “Deeply saddened to hear the news about the passing of Senator John McCain, a great friend of Israel and a great champion of the US-Israel alliance.”

Following a memorial service and lying in state in the Arizona State Capitol on Wednesday, a memorial service will be held at the North Phoenix Baptist Church on Thursday, which Israel’s deputy consul-general in Los Angeles, Eitan Weiss, is expected to attend.

McCain’s body will then be flown to Andrews Air Force Base outside Washington. This will be followed by a memorial service and his body lying in state on Friday in the rotunda of the US Capitol, preceding a funeral service at Washington National Cathedral on Sept. 1

McCain’s body will then be laid to rest at the US Naval Academy Cemetery in Annapolis, Md.

The senator was a 23-year naval officer who served in the Vietnam War, where he was captured and tortured for five-and-a-half years.