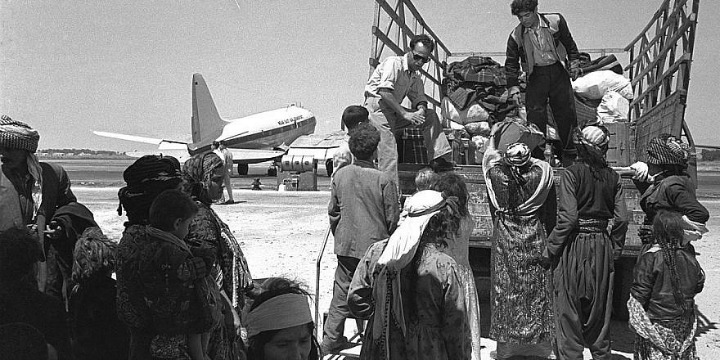 JNS.org – After 18 months of secret research with the help of an international accountancy firm, Israel is preparing to officially demand compensation for assets abandoned by Jews who were forced to flee eight Muslim-majority countries after the establishment of the Jewish nation, to the tune of $250 billion.

According to a report on Israel’s Hadashot TV news, the demands are being finalized for the first two of eight countries. Israel is preparing to sue Tunisia for $35 billion in lost assets and Libya for $15 billion.

Justice for Jews from Arab Countries (JJAC) has estimated that approximately 856,000 Jews fled from 10 Arab countries (including Algeria and Lebanon) as violent riots swept the region following the establishment of the State of Israel.

“The time has come to correct the historic injustice of the pogroms against Jews in seven Arab countries and Iran, and to restore to hundreds of thousands of Jews who lost their property what is rightfully theirs,” said Israeli Minister for Social Equality Gila Gamliel, who is coordinating the compensation suits.

The compensation initiative is taking place as the US administration plans to unveil an Israeli-Palestinian peace proposal. A 2010 Israeli law states that any peace deal must also include compensation for Jewish-owned assets that were stolen or abandoned by Jews who were forced to flee from their homes in Arab countries and Iran.

According to the report, if Israel succeeds in obtaining the reparations, they will be distributed by the state via a special fund.