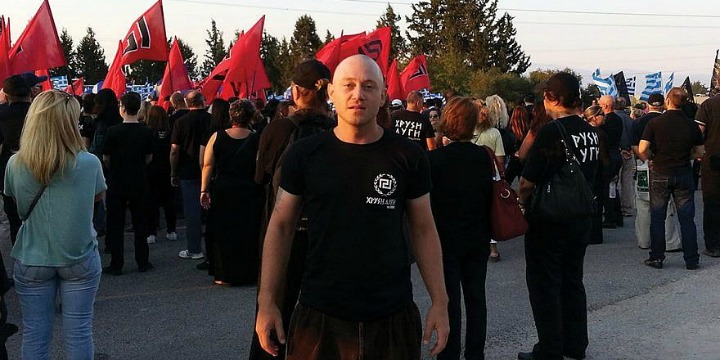 JNS.org – The founder of the Neo-Nazi website The Daily Stormer was ordered by court on Thursday to pay a Jewish real estate agent $14 million for inciting his readers to harass her family, The Associated Press reported.

US District Judge Dana Christensen entered Tanya Gersh a default judgment after Andrew Anglin did not appear for a scheduled deposition in the civil lawsuit case. Anglin is ordered to pay Gersh more than $4 million in compensatory damages and $10 million in punitive damages. He is also required to permanently remove all posts, comments and images about Gersh and her family.

Anglin accused Gersh of trying to run the mother of white nationalist Richard Spencer out of town in 2016. He published her family’s personal information on his neo-Nazi website and asked his readers, “Are y’all ready for an old fashioned troll storm?”

Gersh said she and her family received threatening and antisemitic messages for months.

Anglin does not live in the United States, but Gersh’s attorney, David Dinielli of the Southern Poverty Law Center, said that he “will go to the ends of the earth to collect the judgment … whether it’s cash, assets or intellectual property.”

This is the second multimillion-dollar award against Anglin recently, according to The Associated Press. In June, a federal judge in Ohio awarded a Muslim radio host $4.1 million after Anglin falsely accused him of terrorism.

Anglin’s lawyers, who argued that his writings were protected by the First Amendment, dropped their client when he failed to appear for his deposition in April.