Former Vice President Joe Biden is the preferred candidate of US Jews in the race for the 2020 Democratic presidential nomination, according to a new Pew Research Center poll.

The results of the national survey published on Thursday showed that 31% of Democratic and Democratic-leaning registered voters who identified as Jewish backed Biden as their choice to take on Republican President Donald Trump in the Nov. 3 general election.

The list was rounded out by Minnesota Senator Amy Klobuchar at 4% and entrepreneur Andrew Yang at 1%.

The first voting in the contest will take place on Monday, when the Iowa caucuses are held. 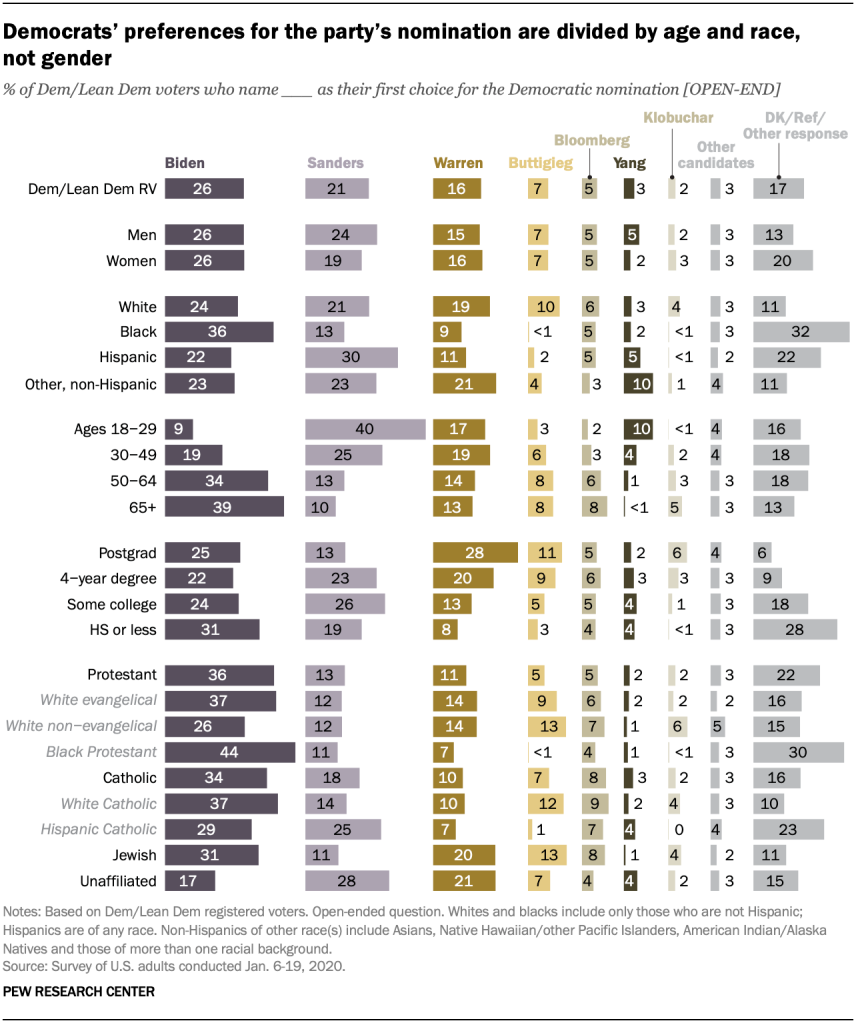