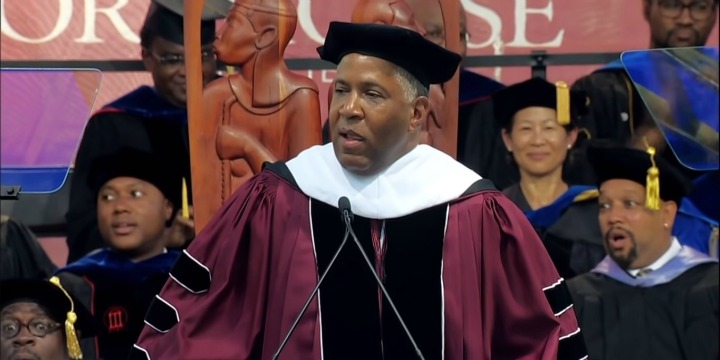 Prominent entrepreneur and philanthropist Robert F. Smith called on Tuesday for greater solidarity between blacks and Jews in the US.

Speaking at a World Values Network gala at Carnegie Hall in New York City, the 57-year-old Smith — founder and CEO of Vista Equity Partners — said, “Much is made of the divisions and anger in our society today. Many of us are rightly concerned about the divide between the African American and Jewish communities.”

“I am here to say that anyone who propagates this fear and division simply doesn’t understand our common experience and common bond,” he continued. “The Jewish people and the African American people share a birthright burden. We are wanderers in search of a place to call home, to plant roots, to build community.”

“We can begin to heal our world when we acknowledge the similarities in the burdens we carry — and work together to liberate them,” Smith declared.

Smith recalled, “The Jewish community’s leadership in the civil rights movement is one of history’s most neglected truths.”

Last year, Smith made headlines when he announced he would pay off the entire student loan debt of Morehouse College’s 2019 graduating class.