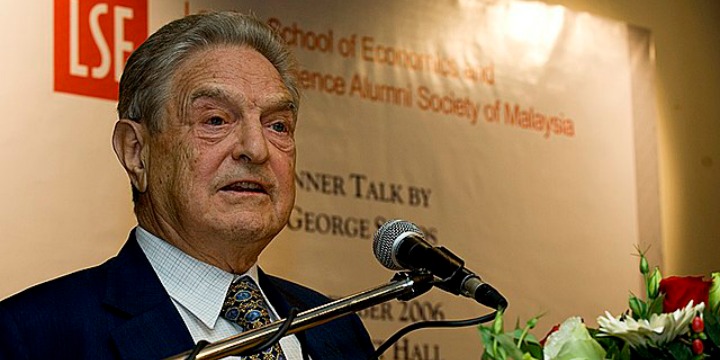 Nationalist Orban has long vilified Soros, a Hungarian Jew who emigrated after World War II, as part of a general campaign against immigration. Orban accuses Brussels of trying to force Hungary to accept migrants under the influence of Soros.

In an op-ed published on Saturday, Szilard Demeter, who heads the Petofi Literary Museum and serves as a government cultural commissioner, called Soros “the liberal Fuhrer” and wrote that Europe was Soros’ “gas chamber” with “poisonous gas” flowing from the capsule of multicultural open society.

Demeter issued a statement on Sunday that he would withdraw the article, saying his critics were right that “the Nazi parallel could unintentionally hurt the memory of the victims.”

“The Democratic Coalition expects from the government that Szilard Demeter should be unemployed by the end of today. A man like him has no place in public life, not just in a European country but anywhere in the world,” it said.

The government has not replied to emailed Reuters questions on whether they shared Demeter’s views.

Referring to a budget row between Poland and Hungary and the European Union, Demeter said Poles and Hungarians were the “new Jews” who were targeted by liberals who tried to expel them from the bloc.

Poland and Hungary have said they would block a new European Union budget and coronavirus recovery fund if rule-of-law conditions are attached.

Israel’s embassy tweeted that it utterly rejected “the use and abuse of the memory of the Holocaust for any purpose. … There is no place for connecting the worst crime in human history, or its perpetrators, to any contemporary debate, no matter how essential.”

Soros has been at odds with Orban’s government for years for pouring funds into liberal organizations and institutions in Hungary. In 2019, the Central European University he founded said it was being forced out of the country by the nationalist government and moved most of its operations to Vienna.