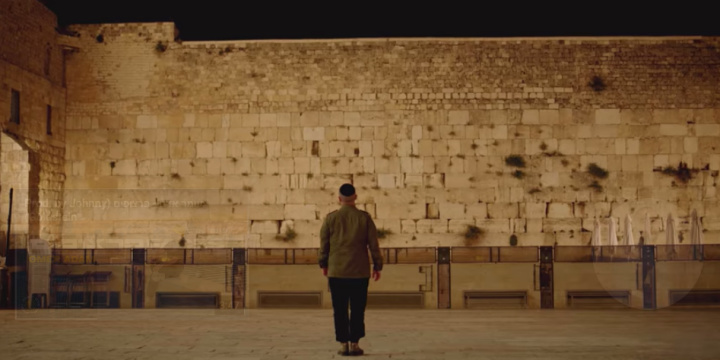 Omer Adam standing in front of the Western Wall in a scene from his music video for “Jerusalem.” Photo: Screenshot.

The 27-year-old announced the new song on his official Instagram page and also shared a photo of him praying at the Western Wall in Jerusalem, a scene from the track’s music video, which also debuted on Wednesday. The singer said he filmed scenes for the clip in the middle of the night at the Western Wall and the Ammunition Hill national memorial site. The music video also includes historic black-and-white clips from the Battle of Ammunition Hill, which took place as part of the Six-Day War.

“I want to remind us all of our strength as a nation and our uniting connection, and send you a song that will connect everyone, especially these days,” Adam said.

Closing the song, he sings, “If I forget Jerusalem, it’s as if I also forget my heart.”