I pointed out last week that some photos of streets in Gaza attacked by Israel show a characteristic cave-in pattern that indicates that a terrorist tunnel underneath the busy streets collapsed after Israeli earth-penetrating bombs were dropped.

NPR notes — without realizing it, of course — that Hamas’ first priority has been to cover up this evidence and to start preserving and rebuilding the tunnels underneath:

GARCIA-NAVARRO: So first, thousands of buildings in Gaza were damaged, many destroyed. So take us there. What’s the situation like?

ESTRIN: Well, a lot of the rubble has actually been cleared away. Egypt did that. Hamas has repaired roads.

Hamas isn’t merely repairing roads. It is spending a lot of money to place pavers on top of some roads, as Hamas’ Felesteen site shows: 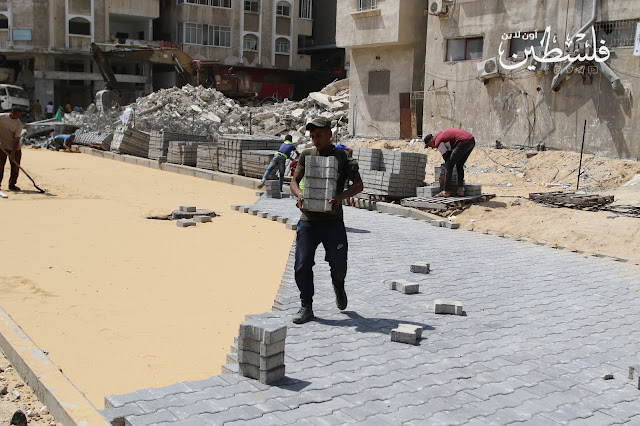 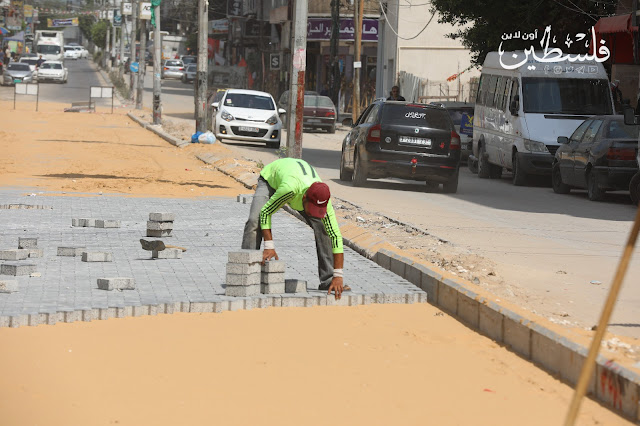 Pavers cost about 5-10 times as much as asphalt does, and takes much more time. Why would Hamas spend this kind of money to repair roads?

Because the pavers are meant to protect the terror tunnels. Israel used relatively small, burrowing bombs that went easily through street asphalt, and then exploded the terror tunnel foundations underneath. These pavers, which look to be about 4 inches deep, would force Israel to use more destructive bombs to get to the tunnels — bombs more likely to kill innocent Gazans.

These pavers look to be locally produced. Bricks can be produced the same way.

Hamas could be repairing buildings and helping Gazans. Instead, it is spending a great deal of money to protect its terror infrastructure.