Palestinian Authority (PA) President Mahmoud Abbas met with two Israeli cabinet ministers late on Sunday, in a move hailed by the Associated Press as “a new sign of slowly improving ties between the sides.”

But that wasn’t the only thing Abbas found time for that day.

Hours earlier, he spoke with the family of a Palestinian terrorist whose attack was recently foiled. As the The Jerusalem Post reported: “Prior to meeting with the [Israeli political party] Meretz delegation, Abbas called the family of Israa Khuzaimia, who was killed by Israeli police after she attempted to stab an officer in Jerusalem’s Old City.”

Furthermore, the PA president also contacted the father of Alaa Nassar Shafik Zayoud, who was a member of the Palestinian Islamic Jihad terror group. Zayoud was killed last week after opening fire on IDF and Border Police officers near Jenin in the West Bank.

Yet, there was no mention of either phone call in the AP piece.

The importance of accuracy and offering the full, unadulterated story in wire service reports is generally under-appreciated by the public.

The AP is one of the world’s oldest and most influential news agencies, with pieces reproduced on literally thousands of websites and in newspapers across the globe. When these agencies get their reporting right, it means that people are provided with factual and complete coverage. When wire services get details wrong, however, millions are exposed to false or misleading accounts.

As a result of the AP’s apparent unwillingness to detail how Abbas has repeatedly engaged with the families of terrorists, readers worldwide are left in the dark about his continued encouragement of extreme violence.

For example, ABC News republished the article in full on its website. 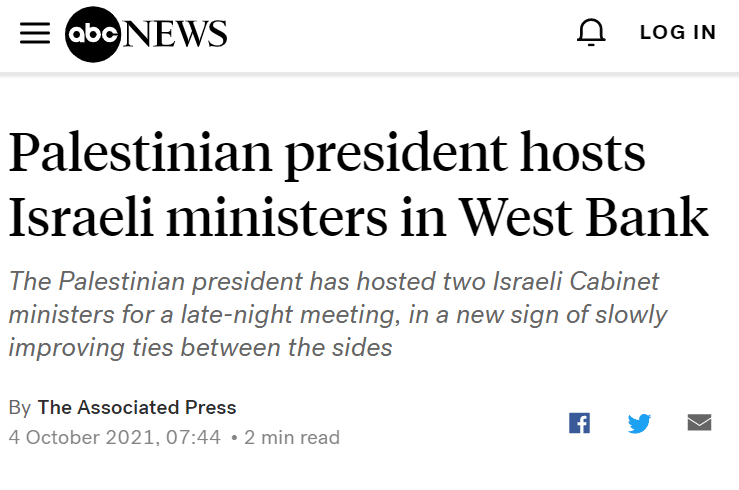 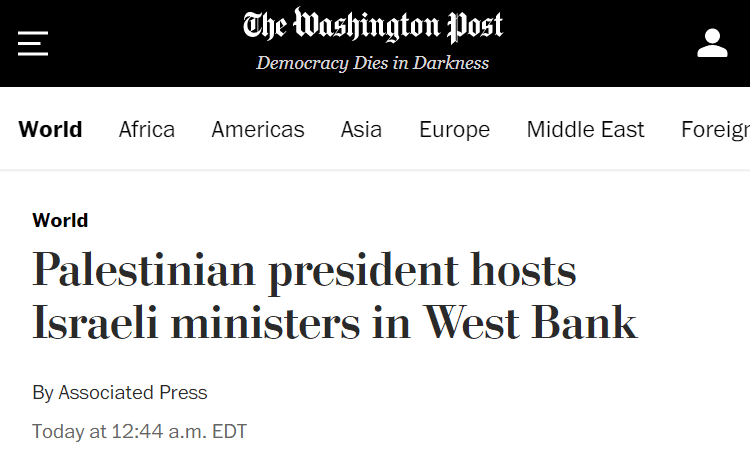 The English-language website of Turkish news channel TRT, a media outlet notorious for its hostility to Israel, also ran the piece: 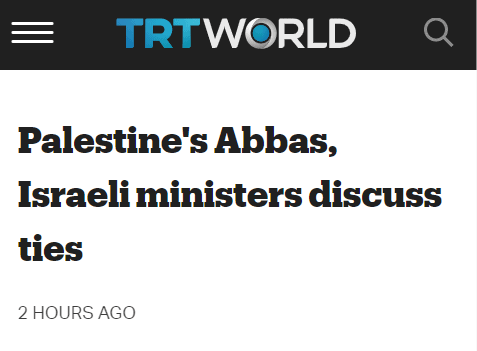 The story was also partially or fully republished by numerous local news outlets — constituting further evidence of the AP’s enormous reach — such as, among others, The Star Tribune, CT Insider, Daily Advent, The Lewiston Tribune, Bowling Green Daily News, News Post Wall and even Ynet, the English-language site of Israeli newspaper Yediot Aharonot.

Not a single one of these outlets refer to the calls placed by Abbas in which he spoke with the families of would-be Palestinian murderers.

The failure to include such an important detail is in keeping with the media’s apparent refusal to document Palestinian policies — such as Ramallah’s frequent glorification of convicted murderers, and its “Pay-for-Slay” scheme that provides terrorists imprisoned in Israel and their families with monthly “salaries,” thereby effectively incentivizing violence.

Furthermore, as HonestReporting documented in August, the Western-backed Palestinian Authority and its ruling Fatah faction — both often referred to as “moderate” in media reports — are actively supporting rioters in the West Bank who have repeatedly burned makeshift swastikas embedded within Stars of David.

That story, too, has been notably absent from the same newspapers and websites that were quick to disseminate a description of Abbas’ meeting with Israeli politicians as a way to “preserve the hope for peace.”

Emanuel Miller is a writer-researcher for HonestReporting, a Jerusalem-based media watchdog with a focus on antisemitism and anti-Israel bias, where a version of this article was first published.