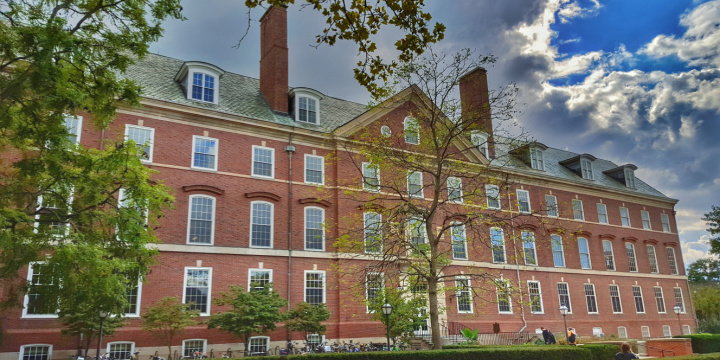 University of Illinois-Urbana Champaign (UIUC) administrators have said that academic departments will not be told to abstain from political advocacy, after over 40 faculty members lodged a complaint over several departmental statements that were harshly critical of Israel.

Amid the Gaza conflict between Israel and Hamas in May, four departments at the school — Gender and Women’s Studies, Urban and Regional Planning, Asian American Studies, and History — issued statements that pledged “solidarity” with Palestinians and variously accused Israel of apartheid, ethnic cleansing, and settler colonialism.

In a September 6 letter seen by The Algemeiner, the group of 44 faculty called on Chancellor Robert J. Jones and Provost Andreas C. Cangellaris to “reaffirm the norm that departments — as opposed to individuals and groups of faculty — not advocate for political agendas unrelated to the University’s educational and research missions.”

As opposed to individual or group statements, the signatories argued that, those issued on behalf of a department risk chilling debate among students and scholars who disagree, and make it harder to bring together diverse views.

“Our concern is made more pressing as we watch academic departments commit themselves to one side of a complicated issue while dismissing, even scorning, alternative perspectives,” they wrote.

They also warned of alienating some Jewish members of the department who identify with Israel, and of the prospect of the practice spreading to other political issues.

“If today the danger is the demoralization and discouragement of Jewish students and instructors, the potential multiplication of departmental political statements in the future risks alienating other groups,” they said.

The letter was spearheaded by faculty members of the Academic Engagement Network, a pro-Israel education nonprofit that has been active on the issue of departmental stances on the Israeli-Palestinian conflict. The faculty group publicized the September letter after a recent response from Jones and Cangellaris, which acknowledged their concerns but said the administration would not tell departments to abstain from political advocacy.

In an October 5 letter seen by The Algemeiner, the UIUC administrators said they were “in full agreement that this is an issue that our university must address.”

They cited a request to the school’s Vice Chancellor for Diversity, Equity, and Inclusion to “to develop a plan to convene a campus conversation” on the issue, toward an outcome that “protects the academic freedom of our scholars and allows ideas and perspectives to be debated in ways that advance all of us to shared solutions.”

“With that said,” wrote Jones and Cangellaris, “instructing departments not to advocate on political issues unrelated to their academic or research missions could chill the campus conversation and cause some of your own colleagues to challenge such instruction as an unacceptable intrusion on shared governance.”

Cary Nelson, Professor Emeritus of English at University of Illinois at Urbana-Champaign and signatory of the faculty letter, said the administration’s response was disappointing.

“This is a watershed moment for the academy because departments have not taken stances,” he told The Algemeiner.

“Part of this is caused by polarization in the country as a whole, and I think the Israeli-Palestinian conflict on campus has been a leading edge of that polarization,” he said. “But this is not the last issue that departments will take a political stance on. Now that they have crossed this line, there will be other issues where people will be motivated to vote or not vote to take a department political stance.”

Nelson added that such a development could also be harmful to the financing of public universities, which often depends on bipartisan political support.