This week marks the 20th anniversary of the Passover Seder Massacre. As families sat down to participate in the Passover dinner at the Park Hotel in Netanya in northern Israel, a Palestinian suicide bomber blew himself up, murdering 30 people and injuring another 160.

Every month, the Palestinian Authority (PA) spends tens of thousands of shekels/dollars/euros to reward the family of the suicide bomber and pay salaries to the terrorists who were arrested for their part in the massacre. 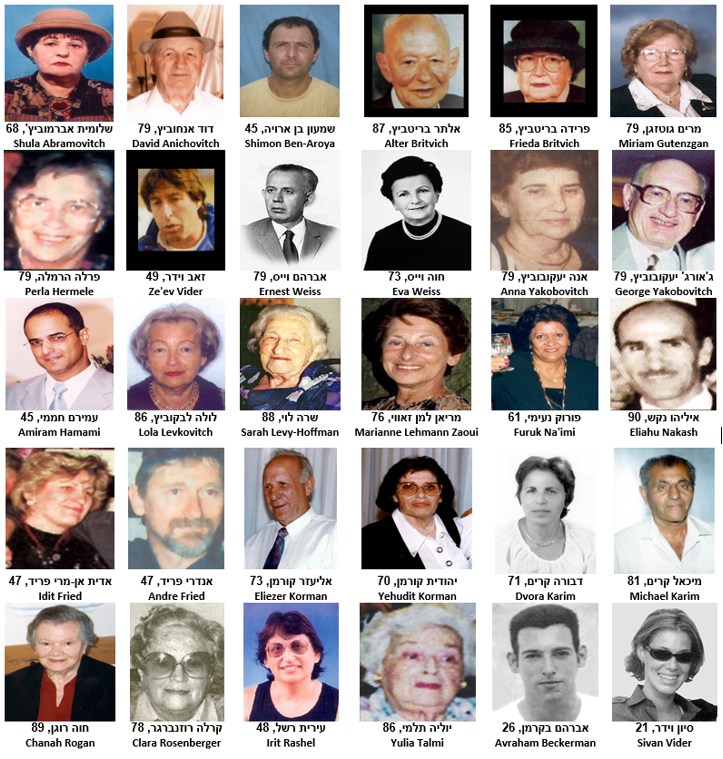 Above is an image of the victims of the attack (but only the murdered, not the wounded).

Among the terrorists arrested for the attack are:

Abbas Al-Sayid — Arrested May 2002 — Main planner of the attack. Sentenced to 35 life sentences.

Each one of the terrorists above has by now been paid over one million shekels by the PA as a reward for their participation in the murder of 30 Israelis.

The PA has also paid hundreds of thousands of shekels to the families of Kais Adwan, one of the main planners of the attack, who was killed on April 5, 2002, and to the family of the suicide bomber, Abd Al-Basset Odeh.

The PA has repeatedly honored the mastermind, Abbas Al-Sayid, calling him, among other things a “heroic fighter” and “the lion of the prison cells.” [PA TV, Oct. 25, 2011]

In 2017, Al-Sayid was among many other terrorist murderers glorified by Fatah in a post on the Fatah Facebook page. 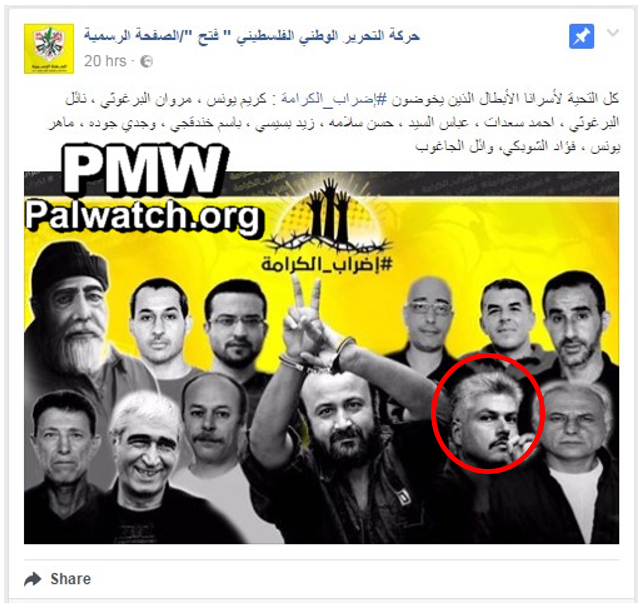 At the graduation ceremony held in honor of Shreim on his completing a degree while in prison, Al-Quds Open University President Dr. Younes Amr referred to Shreim as a “prisoner knight.” [PA official daily, Al-Hayat Al-Jadida, Oct. 29, 2018]

While praising the terrorists of the Jenin refugee camp who “wrote a heroic epic in blood” during the 2000-2005 PA terror campaign, the official PA daily singled out Odeh:

“Each year in April the blood of the Martyrs sprouts flowers. All the words are silenced, but not the memories of the refugee camp whose residents wrote a heroic epic in blood. … The location: The Jenin refugee camp in the northern West Bank. The time: The beginning of April 2002.  The heroes of the story are hundreds of resistance members and all the residents of the refugee camp who stand firm. … They tell the story of the blood that flowed in the alleys of the camp, which wrote an epic of resolve. Despite the siege, it achieved a great victory. … After Martyrdom-seeker Abd Al-Basset Odeh from Tulkarem in the northwest of the occupied West Bank carried out a self-sacrificing operation [i.e., suicide bombing] on March 27, 2002, in which 30 Israelis were killed at the Park Hotel in occupied Umm Khaled – which the occupation changed its name to ‘Netanya.’” [emphasis added]

In January 2003, less than a year after the deadly attack, the PA Ministry of Education even held a football tournament named in honor of suicide bomber Odeh:

“In the football field of Tulkarem’s Abd Al-Majid Tayeh School, under the auspices of Jamal Tarif, Director of the Education Department [of the PA Ministry of Education] … the Tulkarem Martyrs’ (Shahids’) Football Tournament, the Championship of the Martyr Abd Al-Basset Odeh, began with the participation of seven top teams, named after Martyrs who gave their lives to redeem the Homeland.” [emphasis added]

It’s important to stress that PA leader Mahmoud Abbas has admitted that the PA was responsible for this and all terror from 2000-2005. When explaining the PA demand that Israel release all the Palestinian terrorists, he left no room for misconceptions: 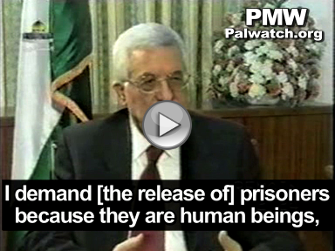 Other PA leaders have similarly repeated this claim.

The PA’s adulation, glorification, and rewarding of terrorists, including mass murderers, is something that every decent human being should ferociously reject. People who praise and reward terrorist murderers, simply because they murdered Jews, are not — and will never be — partners for peace.