One of the public services that official Palestinian Authority (PA) TV undertakes is serving as a platform for relatives of imprisoned terrorists to communicate with their relatives, and send them video greetings.

This is also an opportunity for the PA to reinforce their message to the Palestinian public that murderers of Israelis are heroes.

Exemplifying the PA’s education program — which teaches kids that terrorists and murderers are role models — is a nephew of imprisoned terrorist Mahmoud Abu Kharabish, who was involved in the murder of five people.

The young child greeted his uncle as “a hero of Palestine” on PA TV: 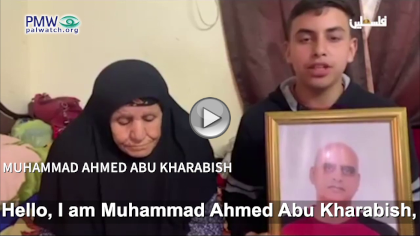 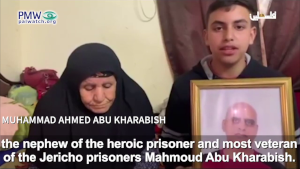 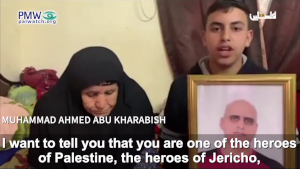 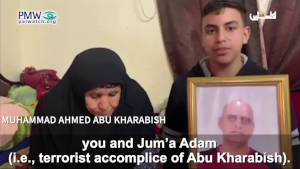 The nephew of another murderer shares this view, thinking his imprisoned uncle is “an extraordinary hero” according to his mother. The sister of terrorist prisoner Mahmoud Abu Jneid, who was involved in the murder of two, explained on PA TV that her son  wants to “buy a rifle” to set his murderer uncle free and “take him back to Jaffa and Jerusalem”: 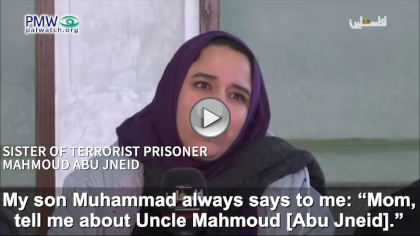 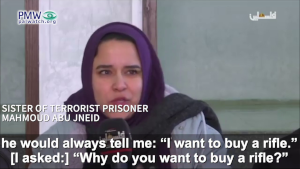 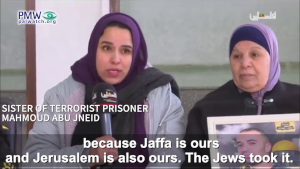 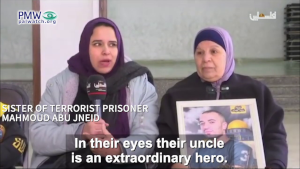 Several times we took them to Jaffa (i.e., Israeli city) and I told him: ‘Son, this is our city, it belongs to us.’ He told me: ‘I want to go see Uncle Mahmoud in prison and bring both of you back to Jaffa, because Jaffa is ours and Jerusalem is also ours. The Jews took it. But I want to get Uncle Mahmoud out [of prison] so we can go together.’

Similarly, PA TV visited the family of Hamas terrorist prisoner Yusuf Mabhouh, who is in jail for firing rockets at Israel, and who stabbed an Israeli prison guard a week prior to the PA TV’s visit to his family. On camera, his daughter stated her pride and delight that her terrorist father had stabbed a prison guard: 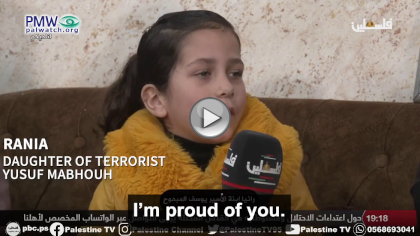 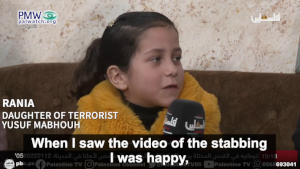 That’s the reason there is no peace between Israel and the Palestinians.