During the month of Ramadan, official Palestinian Authority (PA) TV entertained viewers with different quizzes. One evident goal was to reinforce the PA’s vision of a world without Israel, by presenting all of the State of Israel as “Palestine.”

The answers of the participants, who were all residents of refugee camps, confirmed that the PA policy of denying Israel’s right to exist in any borders — which Palestinian Media Watch (PMW) has proven that the PA has taught generations of Palestinians — has become rooted in Palestinian consciousness everywhere.

And even worse, correct answers denying Israel’s existence were rewarded by the PLO Department of Refugee Affairs with 20 Jordanian dinars, approximately $28.

In one quiz, a participant was asked about the borders of “Palestine.” Without blinking an eye, the man cited “the Mediterranean Sea, the Jordan River, Lebanon, and the Gulf of Aqaba” as borders, completely ignoring Israel’s existence: 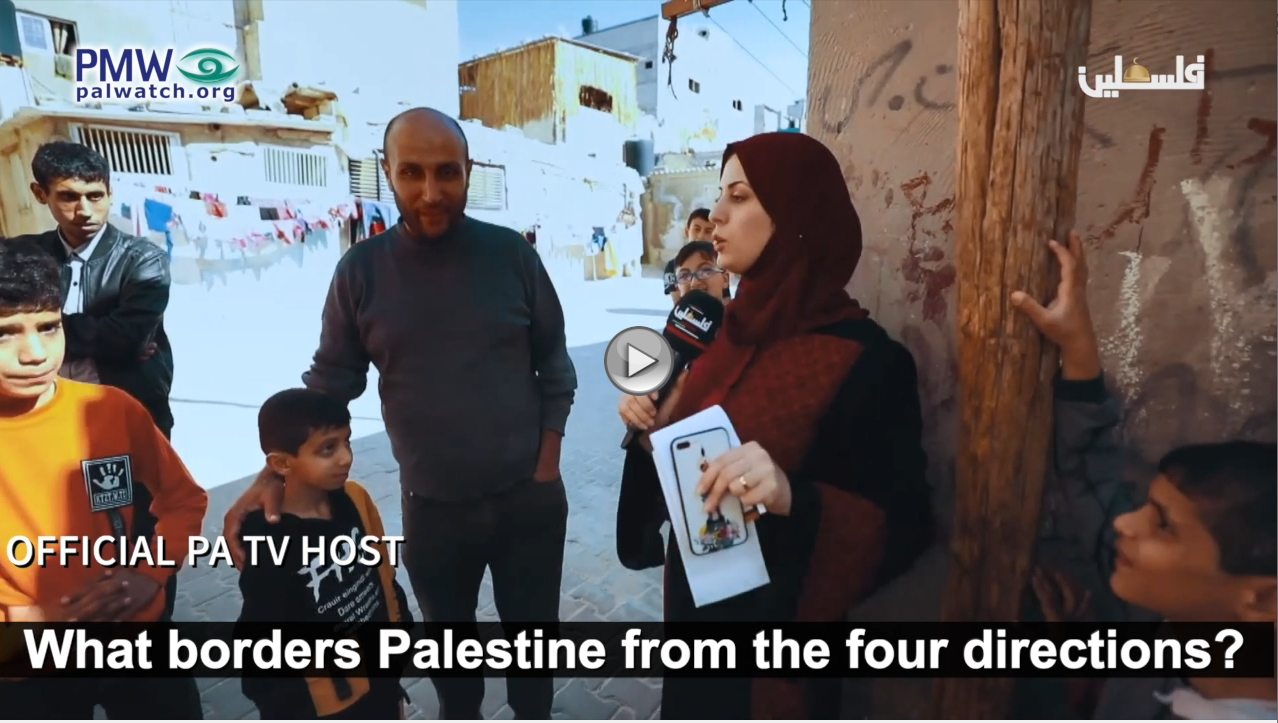 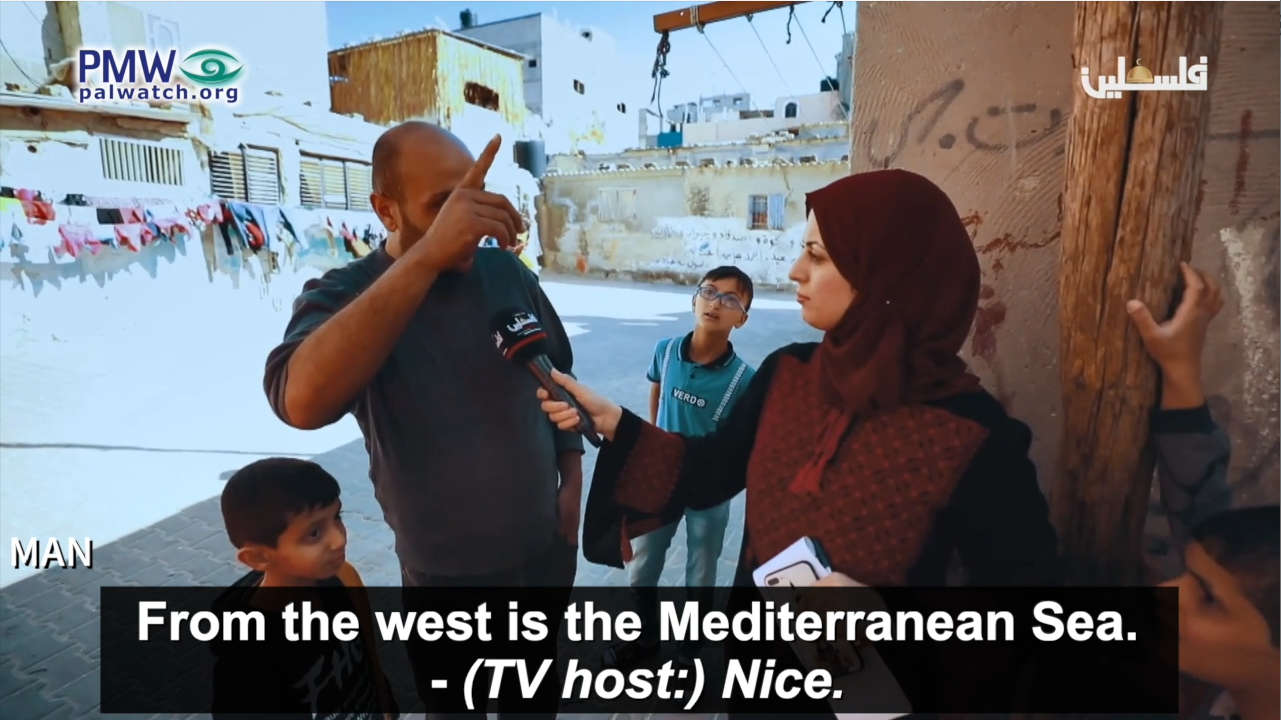 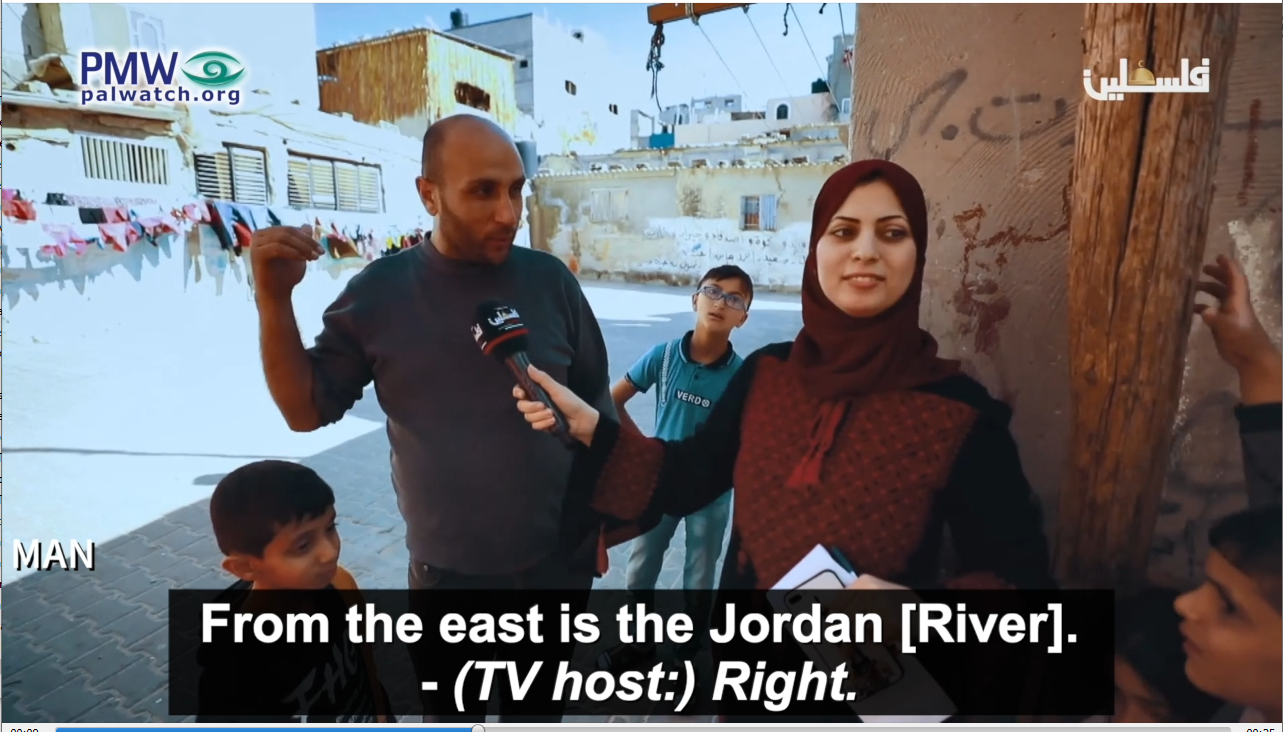 In another episode, Israel’s Mount Meron was classified as “the highest mountain in Palestine.” 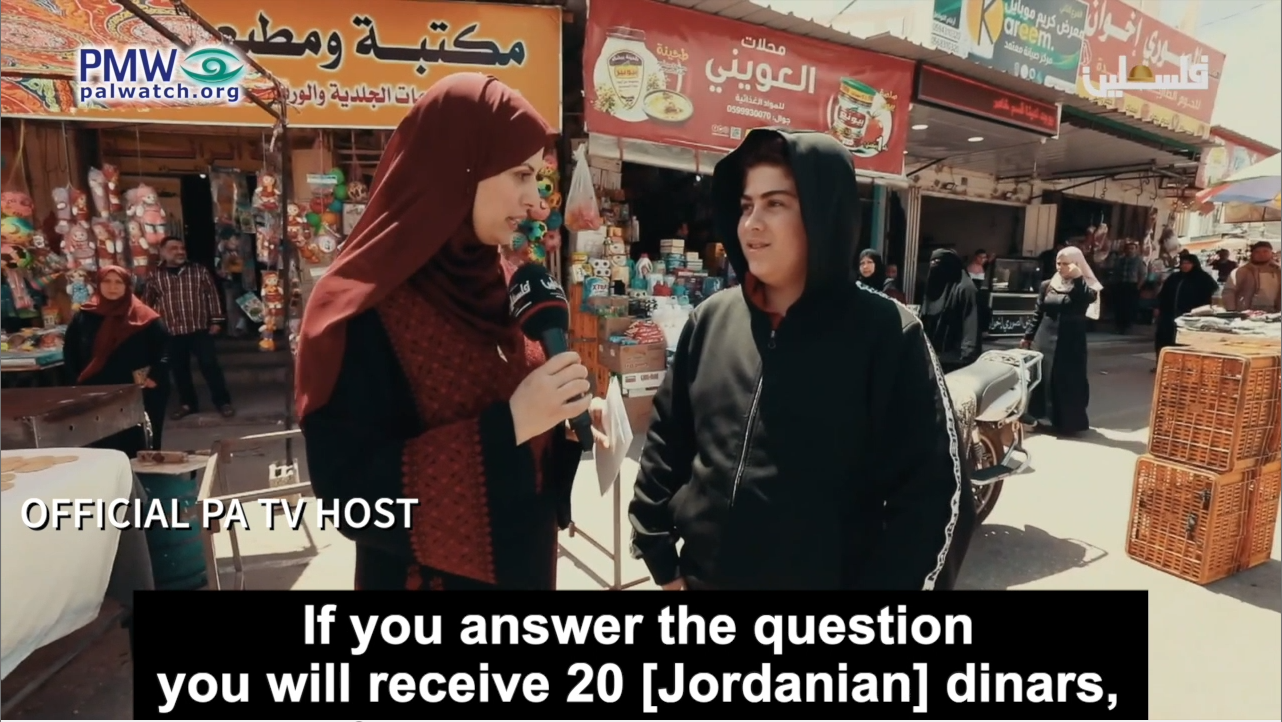 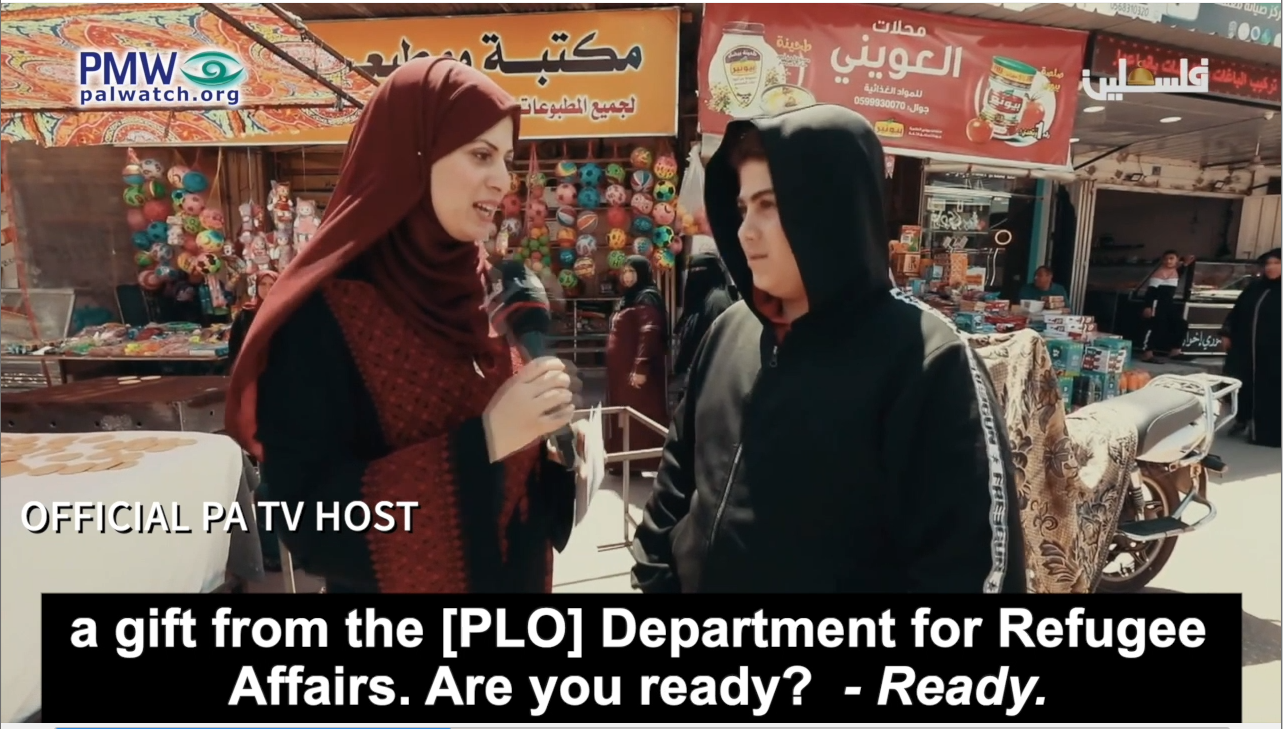 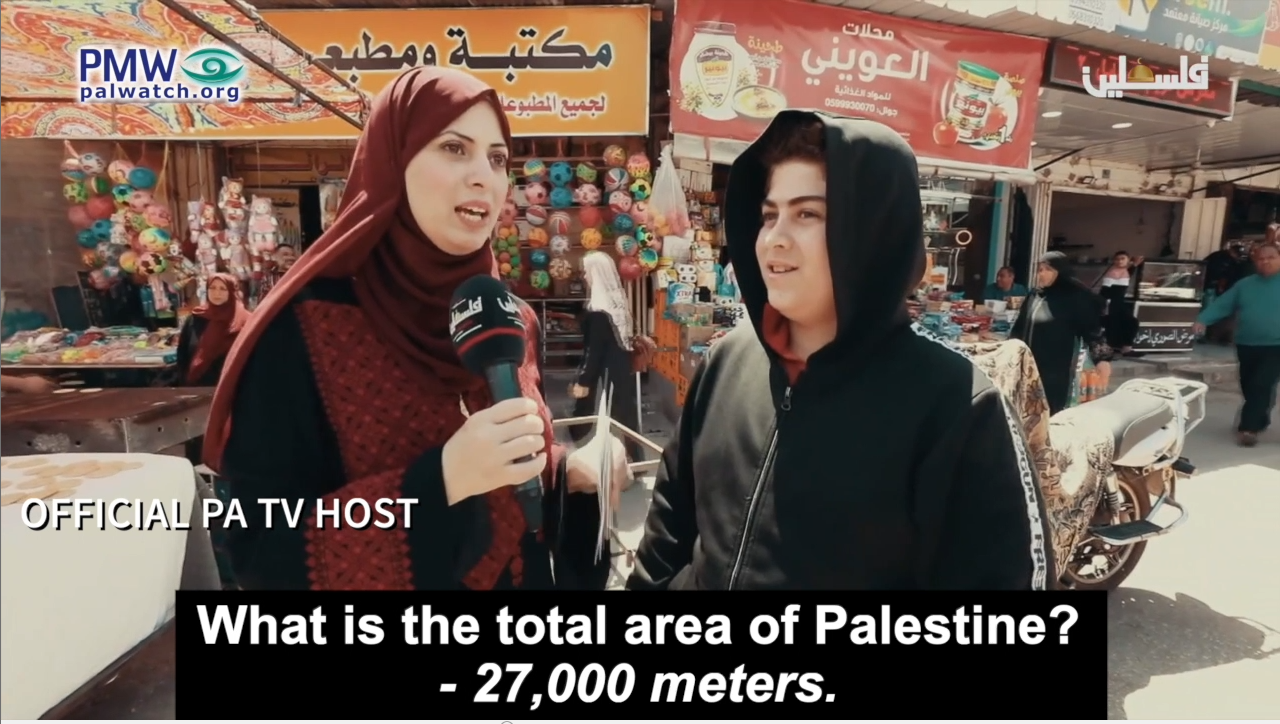 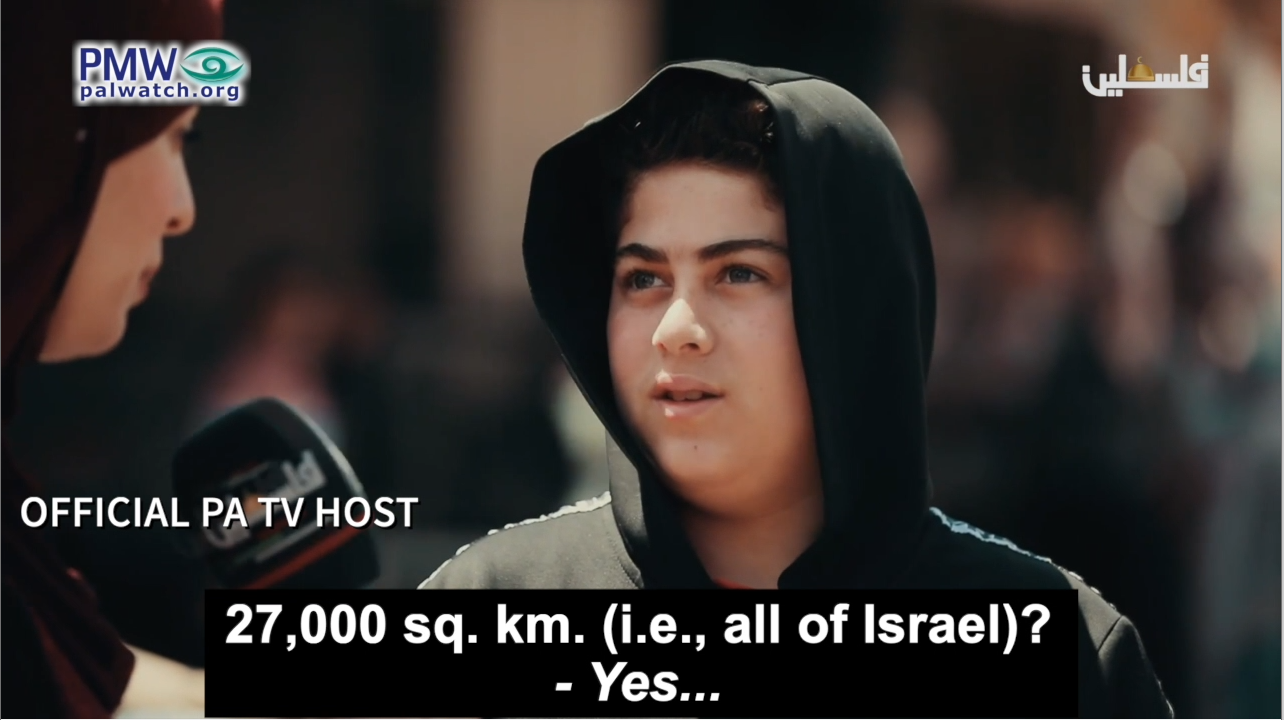 In yet another PA TV quiz, Israel’s Sea of Galilee and Hula Lake in the north and the Red Sea in the south were all claimed to be among “the four seas in Palestine.”

PMW has exposed many such PA TV quizzes over the years, in which denying Israel’s existence could be worth as much as $50 and even $100. That’s the real reason for the lack of peace between Israel and the Palestinians.

Nan Jacques Zilberdik and Itamar Marcus are respectively a contributor and Founder and Director of Palestinian Media Watch — where a version of this article first appeared.