Poem in Palestinian Newspaper to Israelis: ‘You Will Become Dust’ In addition to news items, the Palestinian Authority (PA) also publishes poetry in its official daily. Recently, several poems by a writer named Muhammad Al-Haifawi have demonized Jews and Israelis, and called for the destruction of Israel.

One poem predicts that “a revolution will set out against the lowly and the impure”:

From within you the revolution will set out against the lowly and the impure.

Every oppressor will be trampled, regardless of how tyrannically and recklessly he behaves

The day of victory is already near,

herald this to everyone. [emphasis added]

Another poem refers to Israelis as “you evil ones,” and foresees Israel’s end:

The day will come — you evil ones —

When you will leave the land of the rebels

And you will become dust.

A third poem, written after Al Jazeera journalist Shireen Abu Akleh was killed in what the PA has termed a deliberate “assassination,” called on Palestinians to kill Israelis, vowing revenge for her death — “tooth for a tooth, eye for an eye”:

O army of murderers and Nazis

We have waved the flag and sworn

Tooth for a tooth, eye for an eye

Shireen’s blood will be avenged

Because blood is a duty that must be paid.

Palestinian Media Watch has exposed other poems that call for violence against Israel.

Conveying “the words of his honor the President Mahmoud Abbas,” Nablus District Governor Ibrahim Ramadan read a poem in 2020 calling on Palestinians to take up arms and die as Martyrs: 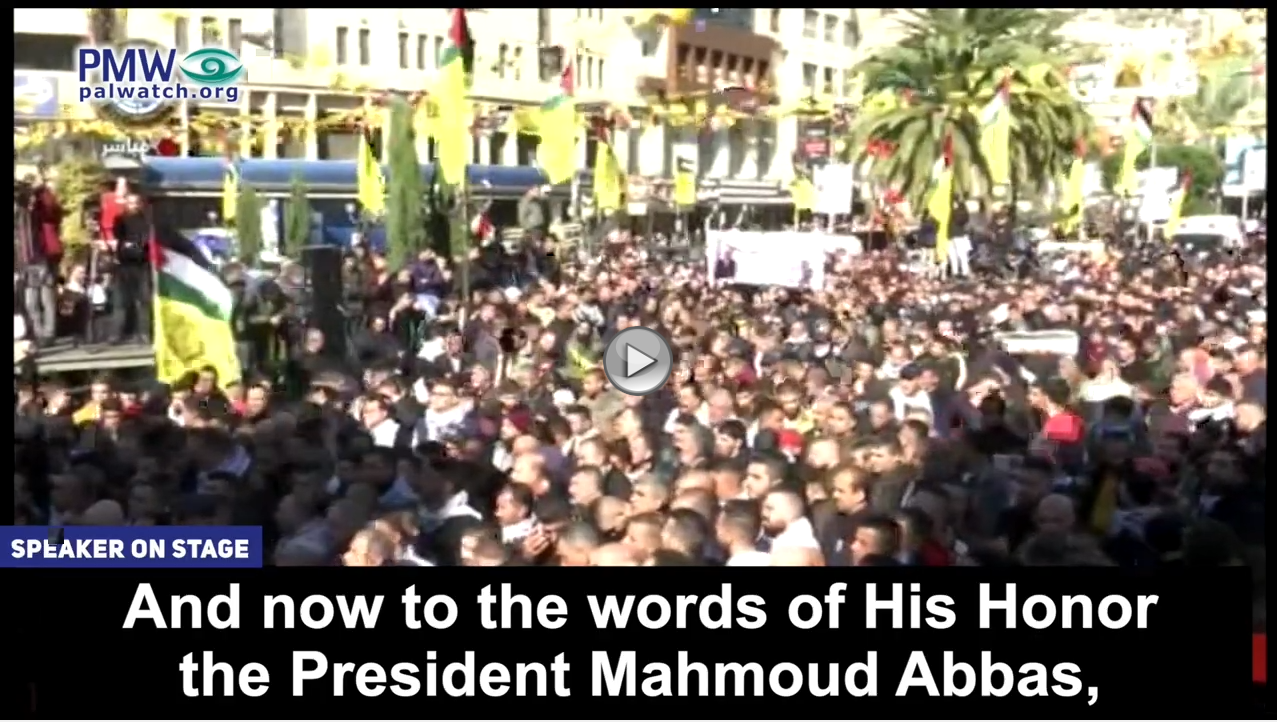 Speaker on stage: “And now to the words of His Honor the President Mahmoud Abbas, presented by brother Ibrahim Ramadan, District Governor of Nablus.”

Nablus District Governor Ibrahim Ramadan:
“O Martyr, Allah’s mercy upon you.
If I fell on the land while covered in my wounds
And my blood flowed from me and my weapon lay by my side
This is the path of my struggle, therefore my brother, complete my struggle.
This is what the Martyr tells [us].