Palestinian Terrorist’s Farewell Video: ‘Let No One Ever Abandon the Rifle’ People gather at the scene where two Palestinian militants were killed during clashes with Israeli forces in a raid, in Nablus in the West Bank, July 24, 2022. This is a different attack than the one referenced below. REUTERS/Raneen Sawafta

The Palestinian Authority (PA)’s latest celebrity terrorist “Martyr” is Ibrahim Al-Nabulsi. He was a member of the Al-Aqsa Martyrs’ Brigades (Fatah’s military wing), and participated in a series of shooting attacks targeting Israeli soldiers. Al-Nabulsi resisted arrest and shot at Israeli soldiers who returned fire and killed him in Nablus on August 9, 2022.

Since then, the PA and Fatah have praised him as a hero and promoted his “last will”: “Let no one ever abandon the rifle.”

As Palestinian Media Watch (PMW) has exposed, the PA constantly reinforces its policy of glorification of terror and terrorists to ensure a constant readiness among Palestinians to use arms and “Martyr” themselves in the fight against Israel. Honoring terrorists is one way of doing this.

Abbas’ Fatah Movement posted terrorist Al-Nabulsi’s farewell video, in which he proclaimed “victory or Martyrdom,” labeled the Jewish faith “a falsified lie,” and encouraged others to continue terror: 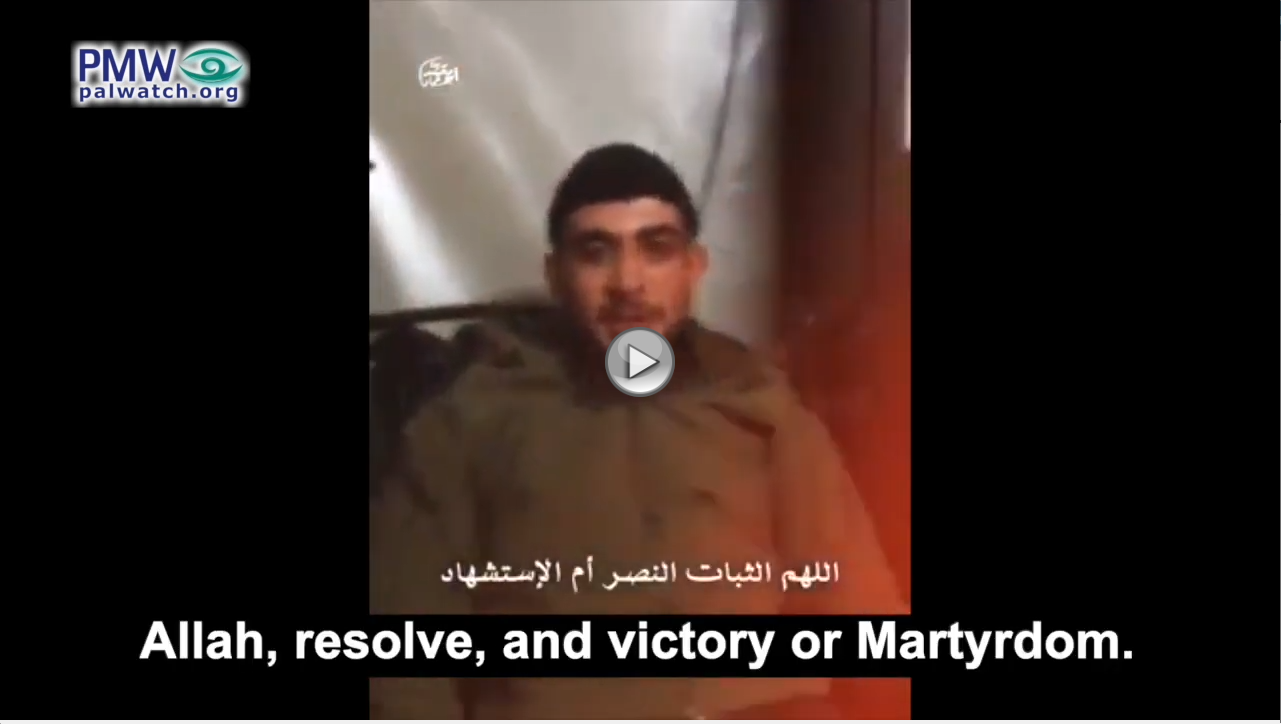 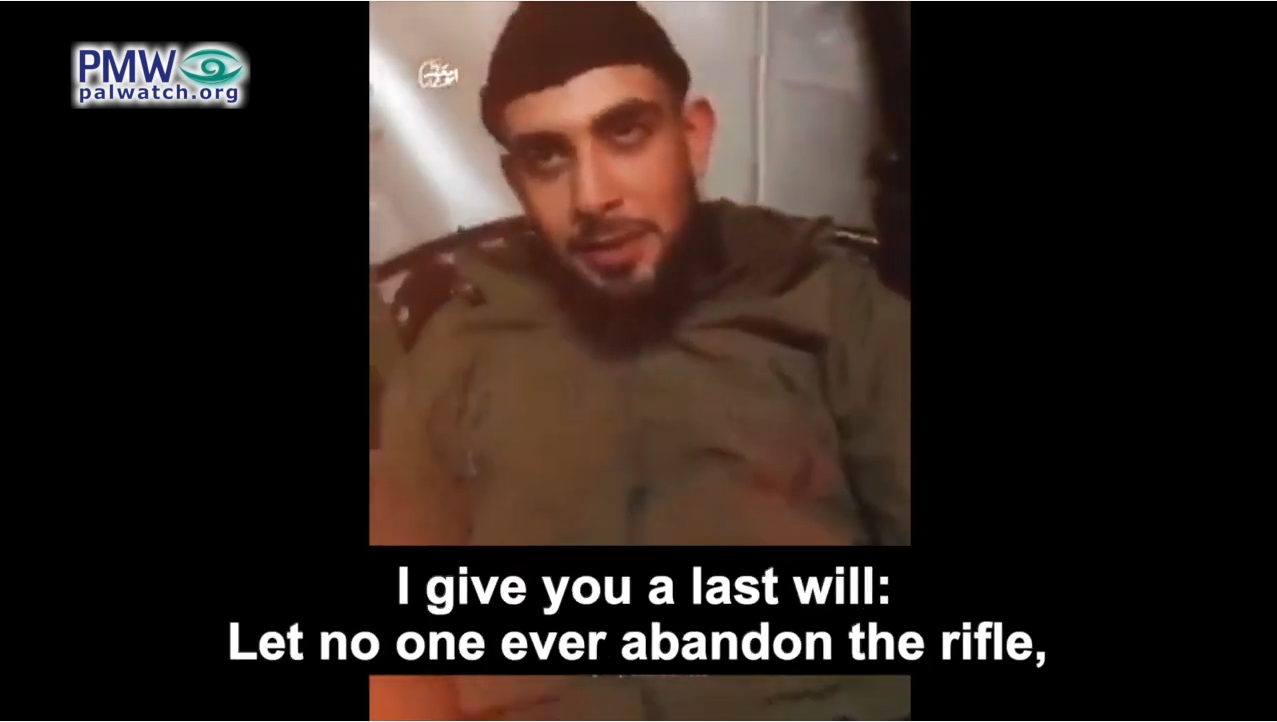 Terrorist Ibrahim Al-Nabulsi:
“A people is behind us
We stand and defend it
with its self-sacrificing fighters
Don’t worry, there are heroes who are waiting
There are lions in our land
who set out from among the poor ones
Our faith is like iron, and their [i.e., the Jews’] faith is a falsified lie
Victory is certain
The wild animals here are awe-inspiring
By Allah, O Men, I’m not waiting for an answer
I give you a last will: Let no one ever abandon the rifle,
in the name of your honor.

Abbas’ Fatah organization was quick to name a summer camp for young boys after the terrorist.

Judging from a photo from the camp showing a boy in military uniform holding an assault rifle behind his back, it would seem that Fatah is teaching kids at the camp exactly what terrorist Al-Nabulsi preached: Not to abandon the rifle: 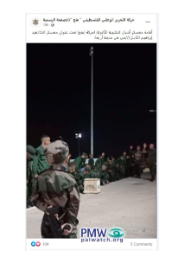 Posted text: “A camp for the members of the Fatah Movement Shabiba High School [Movement] under the title ‘Martyr Ibrahim Al-Nabulsi Camp’ in Hebron.”

A TV also served as a platform for the terrorist’s parents to express their pride in their son and encourage other Palestinians to follow his example, fight Israel, and become “Martyrs”:

The terrorist’s mother rejoiced over her son’s Martyrdom-death, and urged other Palestinians to seek Martyrdom like him, telling them: “Every one of you is Ibrahim!”

The crowd responded with a chant encouraging death for Allah by describing “the mother of the Martyr” as someone to envy: 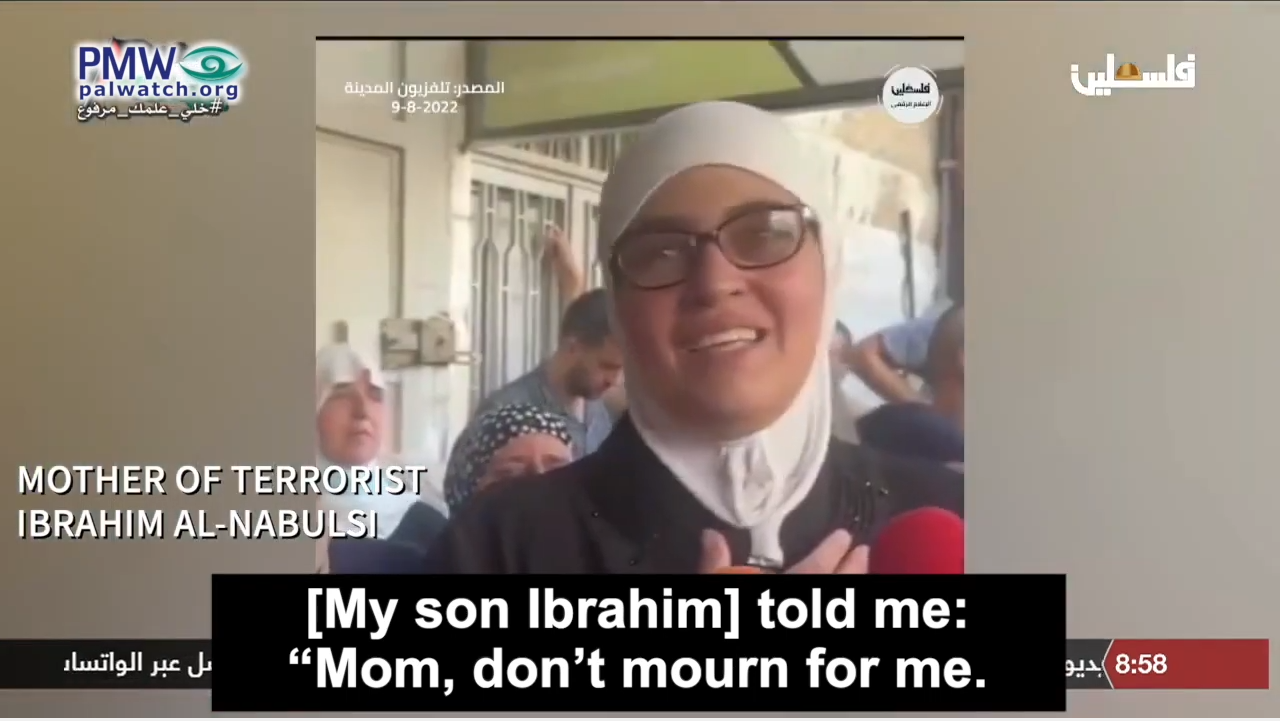 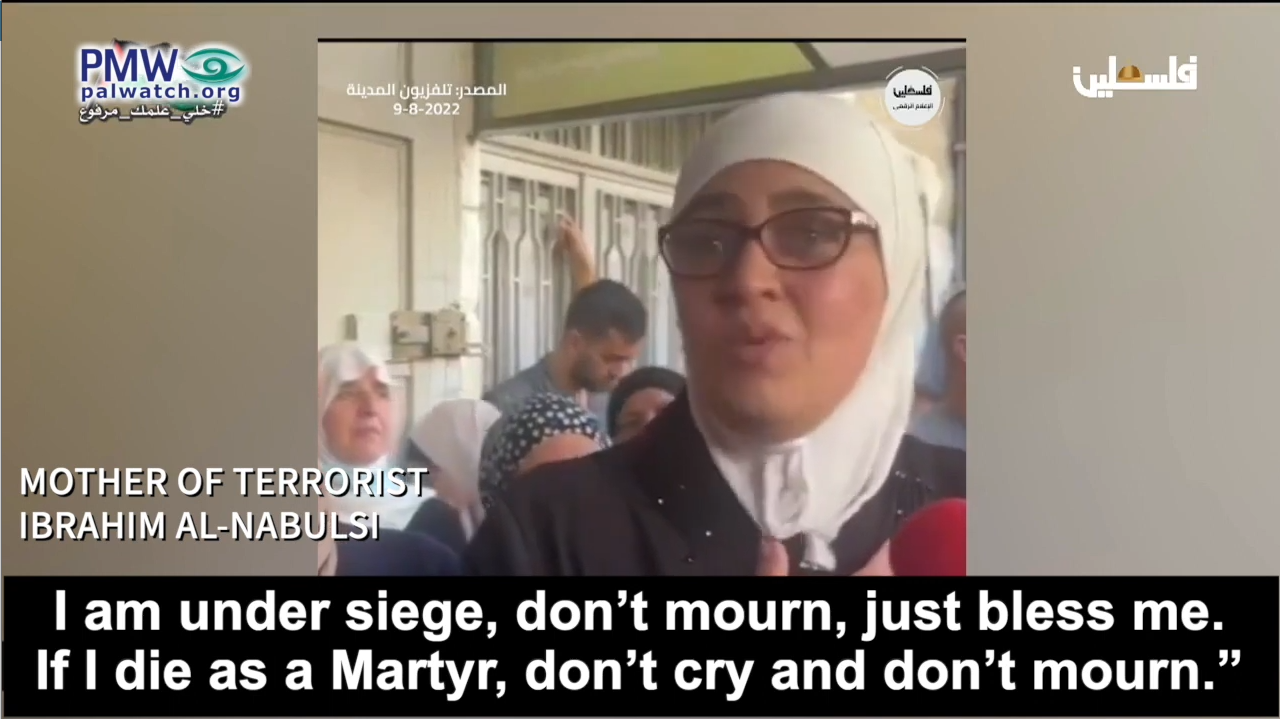 Crowd: “Mother of the Martyr, you are fortunate!

Mother of the Martyr, you are fortunate!

If only my mother were in your place”

A host on one of PA TV’s programs for and about terrorist prisoners lavished praise on both the terrorist shooter and his mother, reinforcing the PA’s ideal of parents rejoicing over the death of their children fighting Israel:

Official PA TV host: “From the giants of endurance drips legendary endurance embodied by the mother of Ibrahim Al-Nabulsi, who rehabilitated the heart of the entire nation when she carried the body of the brave youth giving testimony, and raised his last will that remained, adorned with love in sounds of joy, in the wedding procession of the self-sacrificing fighter [i.e., Martyr’s funeral is considered a wedding to the 72 virgins in paradise in Islam].”

The official PA daily connected Al-Nabulsi and another terrorist from Nablus, “heroic fighter” Naif Abu Sharakh, who was involved in the murder of at least 23 people, and was killed by Israel during the PA terror campaign in 2000-2005 — the Second Intifada. The paper lauded the “enduring mothers” of the two terrorists, buttressing the PA’s preferred role model of a son: the terrorist “hero,” and the PA’s favored type of parent: the bereaved but rejoicing mother: