The word “Shahada” in Arabic means both “martyrdom-death” and “certificate.” This dual meaning makes for a chilling play on words when Palestinian teens about to graduate and receive their matriculation certificate, instead decide to become terrorists and get themselves killed — “achieve Martyrdom” in Palestinian terms — by attacking Israelis.

When a 19-year-old Palestinian youth was recently killed while shooting at Israeli soldiers, his brother stressed that instead of celebrating his “matriculation certificate” (Shahada), the family celebrated his Martyrdom (Shahada), which made them feel proud: It “raised their heads as high as possible”: 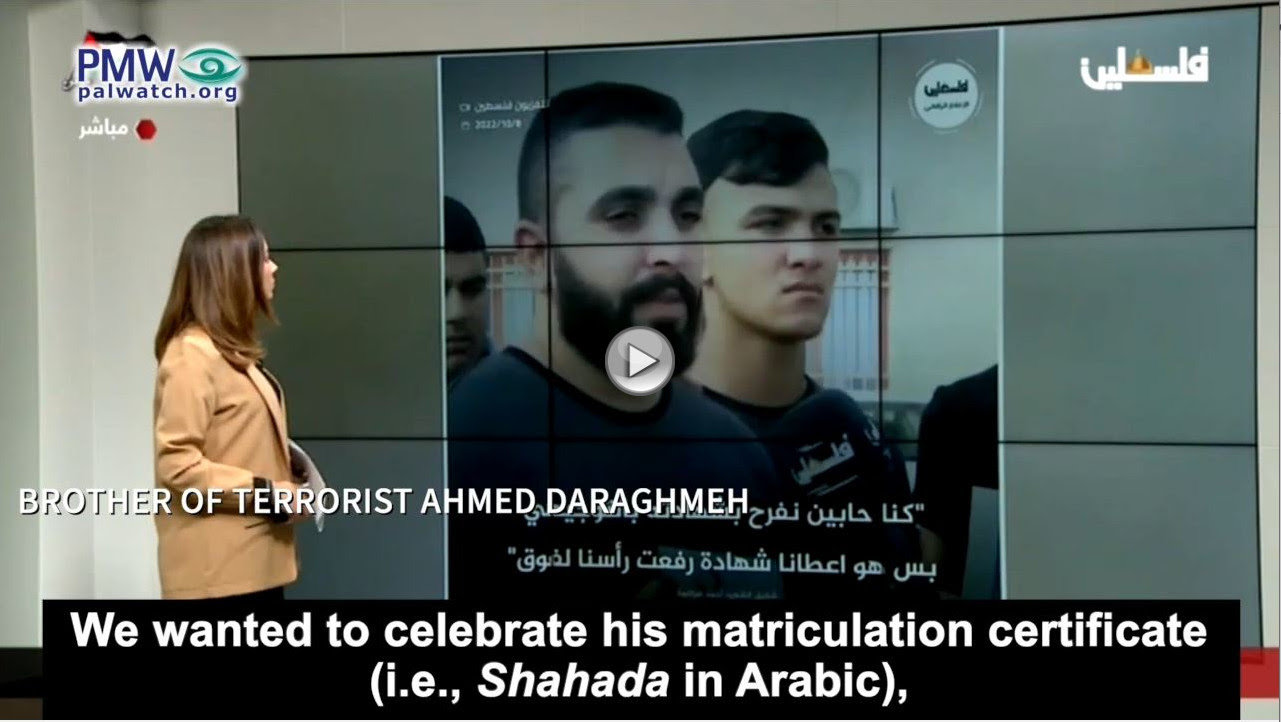 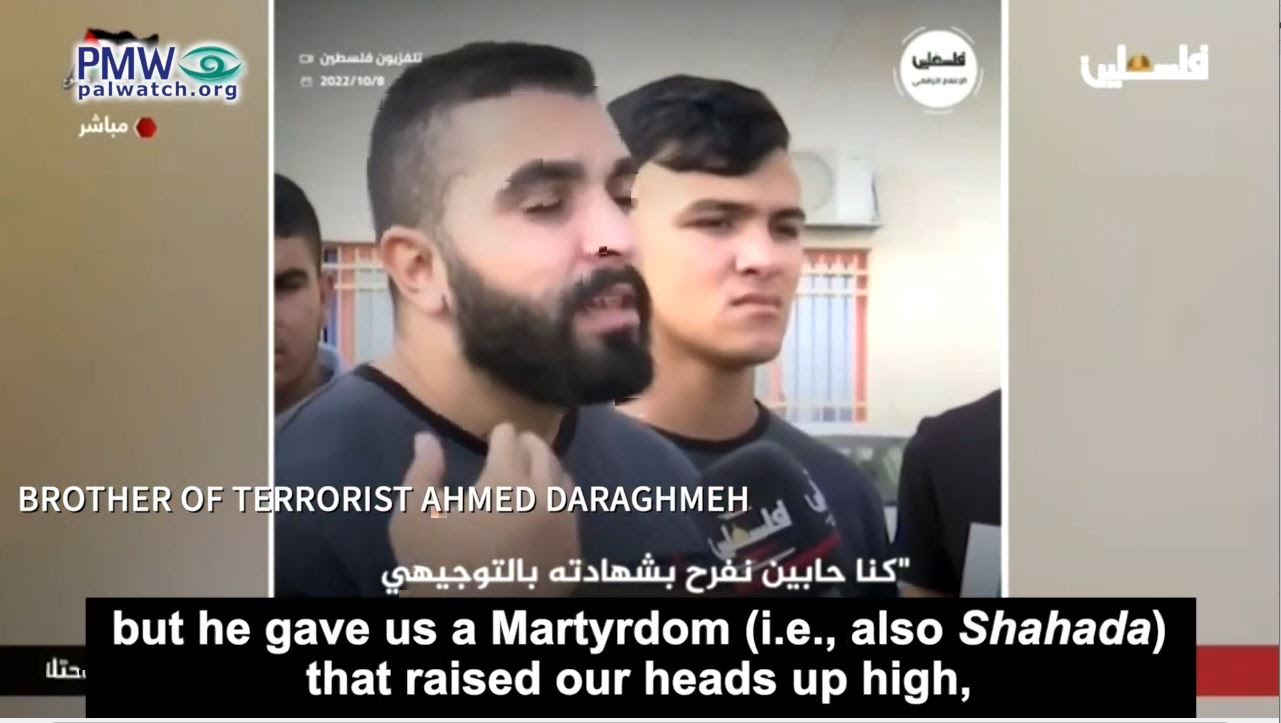 Official PA TV host: “Great masses accompanied [the funeral of] Martyr Ahmed Daraghmeh [i.e., the terrorist, shot at Israeli soldiers], 19 … who ascended [to Heaven] while being present in Jenin after occupation forces invaded it…”

Islamic tradition teaches that a martyr marries 72 virgins in Paradise, and therefore the martyr’s funeral is considered his wedding procession.

In fact, Palestinian Media Watch has exposed that the Palestinian Authority (PA) has openly stressed the value of Palestinian youth achieving the “Martydom-Shahada” as compared to the “matriculation certificate-Shahada.” Both the PA’s official daily and news agency have described “death as a Martyr” as being “the path to excellence and greatness,” in comparison to achieving good matriculation exam results.