While the US has donated billions of tax dollars to the Palestinians over the years — and has been their largest donor — Palestinian leaders still “don’t trust America,” who they see as the “enemy.” Vladimir Putin and Russia, on the other hand, are seen as allies and supporters.

In his recent meeting with Russian President Vladimir Putin at the Conference on Interaction and Confidence Building Measures in Asia (CICA) in Kazakhstan, Palestinian leader Mahmoud Abbas made his sentiments quite clear: 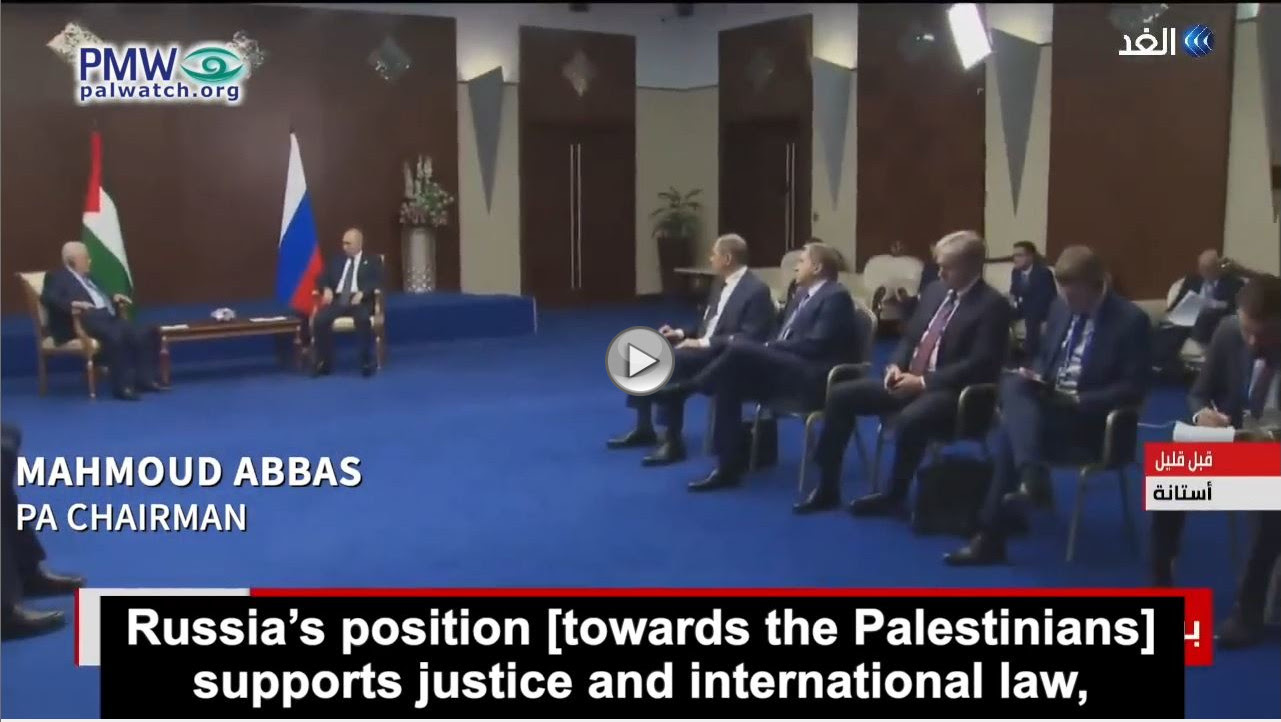 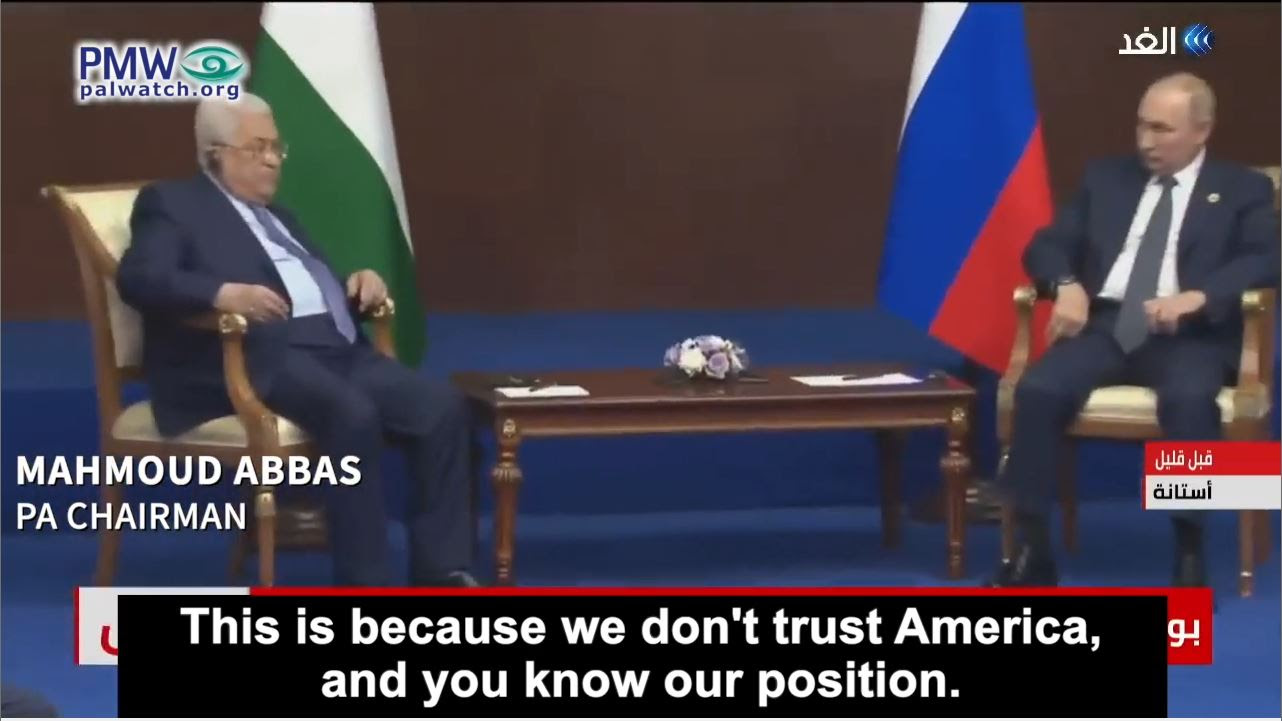 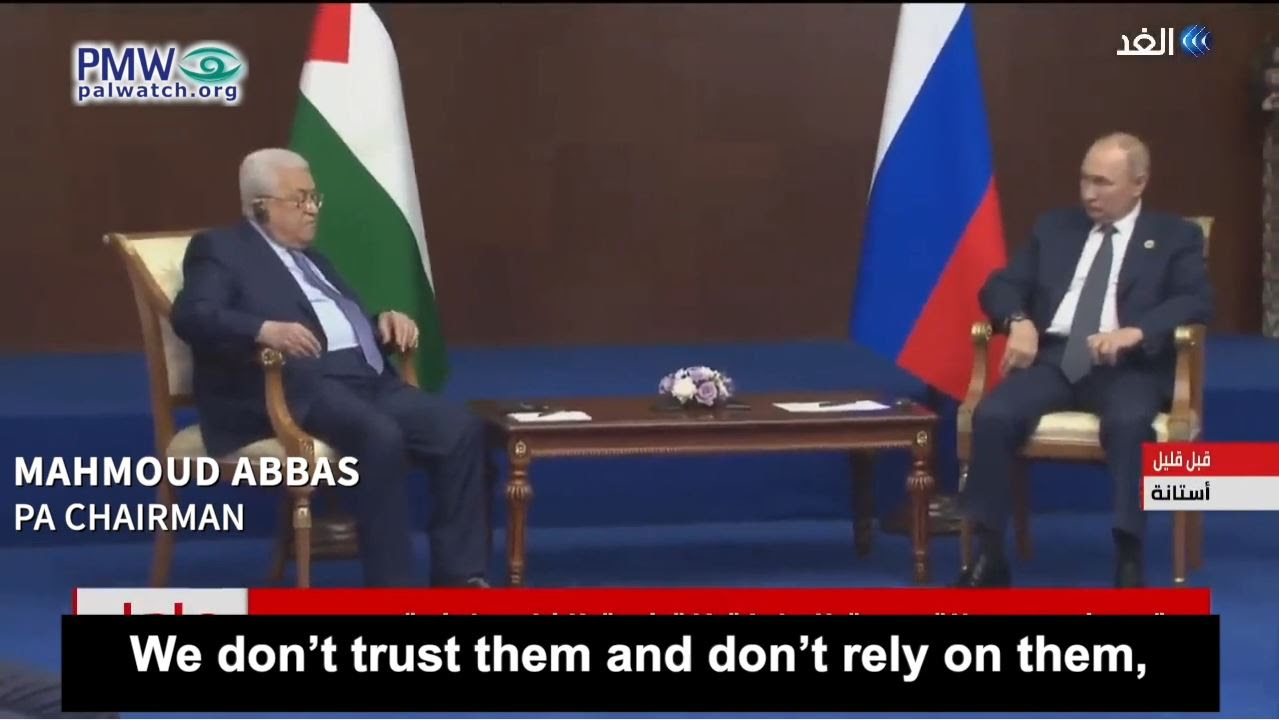 Abbas: “We don’t trust America, and you know our position. We don’t trust them and don’t rely on them, and we won’t accept under any circumstances to America being the sole party in resolving the problem.”

Speaking previously, Fatah Central Committee member Abbas Zaki lamented that while the US used to be a friend of the Palestinians, it is no longer. Today it is “the enemy”:

Zaki: “We have many friends in the world, while the US has retreated, and it is the enemy and Israel is its claw in the region.”

Zaki: “Under the shadow of the US, no one can help us with weapons, but when its power disappears or decreases, Allah willing, we will receive help that is more than words and more than activities and processions.”

Official Fatah Spokesman in the Gaza Strip Mundhir Al-Hayek: “We will not relinquish our fundamental principles until achieving all the goals, until the Palestinian people is liberated, and the source of this trouble is removed, which was brought to the Middle East by the US and Britain to play a role … It was brought [here] to play a role, to defend the interests of the international community.”

For the Palestinian narrative, historical fact is clearly irrelevant.

The contemporary decision to reestablish the Jewish homeland in Israel was adopted in the aftermath of World War I, at the 1920 San Remo conference. The San Remo decision was then ratified, and entrenched, by the international community in the 1922 League of Nations “Mandate for Palestine.” The entire focus of the Mandate was to reestablish the Jewish homeland. At the San Remo conference, the US was merely an “observer.” The US never joined the League of Nations.

While some commentators attributed the recent PA animosity towards America to the policy changes of former US president Donald Trump, as Palestinian Media Watch (PMW) has shown, the Palestinian disdain for the US is constant.

While the Palestinian leadership has consistently demonstrated its disdain for the US, despite the huge amount of US aid, Abbas sees Putin and Russia as upholding international law. As Abbas noted in his meeting with Putin:

Abbas: “Russia’s position [towards the Palestinians] supports justice and international law, and from our perspective that is enough. When you say: ‘I support the decisions of the international institutions,’ this is enough for me, because that is what I want “here…”