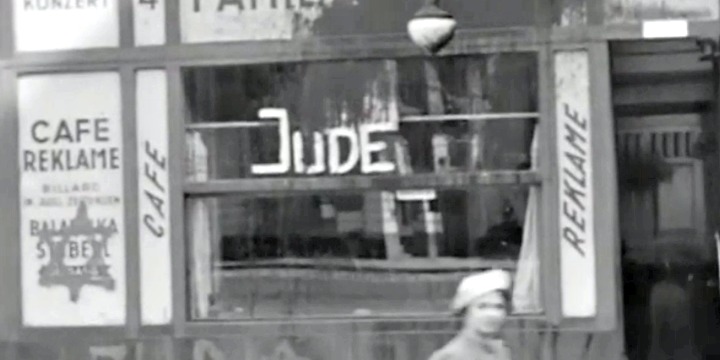 A controversial event discussing remembrance culture and pain of the Holocaust alongside remembrance of the Nakba originally scheduled to be held at a German cultural institute in Tel Aviv on the same day of the anniversary of “Reichspogromnacht” — or “Kristallnacht” — was postponed after drawing sharp rebuke by Israel’s foreign ministry and German lawmakers.

Palestinians often use the word “Nakba” — “catastrophe” in English — to refer to the establishment of Israel in 1948.

The panel discussion titled “Grasping the Pain of the Others – Holocaust, Nakba and German Remembrance Culture”, was planned to take place at the German-funded Goethe-Institut in Tel Aviv on Nov. 9, the commemoration day of the 1938 nationwide pogrom by the Nazi regime against Germany’s Jewish community. It has been rescheduled to Nov. 13.

The Goethe-Institut said it regretted that the date of the panel discussion caused “irritation.”

“The remembrance of the Shoah and the commemoration of the victims is a major concern of the Goethe-Institut, to which we dedicate numerous projects,” the institute said in a statement. “The Goethe-Institut stands for understanding and dialogue.

The panel will bring together two Israeli academics and journalist Charlotte Wiedemann to discuss the latter’s book “Grasping the Pain of the Others”, the Goethe-Institut said in the description of the event.

In reaction to the event and its timing, Israel’s Foreign Ministry urged the organizers to cancel the panel discussion expressing “shock and disgust at the blatant disregard for the Holocaust and the cynical and manipulative intention to create a linkage whose sole purpose is to defame Israel.”

“Our position is that the event is a disgrace and should not take place on any calendar date, not just the anniversary of Kristallnacht,” Foreign Ministry spokesman Emmanuel Nachshon stated after the event’s postponement.

Israeli Ambassador to Germany Ron Prosor lamented that “changing the event to another day doesn’t change the fact that you are either blind to the survivors’ pain, or intentionally relativizing the memory of the Holocaust.”

“This event is a disgrace and should not be held on any day,” Prosor asserted.

German lawmaker Frank Müller-Rosentritt slammed the Goethe-Institut for scheduling the panel discussion on Nov. 9 of all days calling it a “scandal.”

“We must not allow that under our foreign cultural and educational policy attempts are supported to link commemoration of the Holocaust and the Nakba,” Müller-Rosentritt tweeted.

Yad Vashem chairman Dani Dayan said the planned event “constitutes intolerable distortion of the Holocaust,” adding that attempting to hold it on the anniversary of the November Kristallnacht is “unforgivable.”