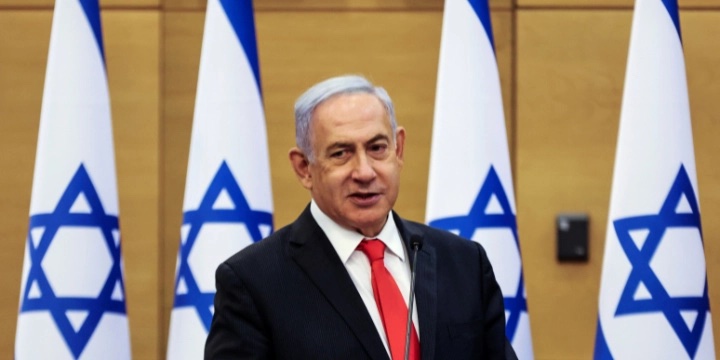 i24 News – Israel’s prime minister-designate Benjamin Netanyahu signed a coalition agreement with the far-right Noam faction on Sunday, inching closer to forming the country’s next government.

The Noam party currently has only one lawmaker: Avi Maoz. The agreement with Likud – Netanyahu’s second agreement on Sunday – states that he will become a deputy minister in the Prime Minister’s Office.

Maoz will also be in charge of a new “National-Jewish Identity” department and take responsibility for the Nativ organization, which operates among former Soviet Union Jews and their families.

The far-right Noam party is known for its staunch anti-LGBT positions and has threatened to reverse the previous government’s reforms that benefited the community. Netanyahu has said, however, that there would be no harm to the LGBT “status quo.”

Noam was also once a part of Bezalel Smotrich’s Religious Zionism slate, along with far-right lawmaker Itamar Ben-Gvir’s Jewish Power party. Ben-Gvir also recently reached a deal with Netanyahu, that sees him becoming Israel’s “National Security Minister” – a broadened version of public security minister – and his party being tasked with the Negev and Galilee ministry.

This leaves Smotrich the only leader of the three without a coalition agreement. As a unified party, Religious Zionism earned 14 seats in the November 1 election, but now, Smotrich’s party has only 7 seats, meaning the far-right lawmaker doesn’t have as much leverage as he used to in the coalition negotiations.

On Sunday, Smotrich told an educational conference that he is confident that “with God’s help, a truly right-wing government will be created in the coming days.” The lawmaker is expected to meet with Netanyahu later that day.