Leaked Palestinian Authority (PA) documents about the participation of Palestinian leader Mahmoud Abbas, his entourage, and his extended family in the events surrounding the World Cup in Qatar have again exposed Abbas’ priorities and the priorities of the Palestine Liberation Organization (PLO) and the PA.

In the past, Palestinian Media Watch (PMW) had claimed that the PLO/PA “Pay-for-Slay” terror reward policy was the highest priority of Abbas, the PLO and the PA. PMW’s claim was based on the manner in which Abbas, the PA, and PLO allocated funds, which showed that rewarding the terrorists was even more important than the health of the Palestinians (including treating Palestinian cancer patients, as well as children); the education of the Palestinians; and providing for the Palestinian needy.

For more than a year, Abbas, the PA, and the PLO have been claiming to be suffering from a severe financial crisis. As a result of the crisis, the PA has only been paying its employees (including the terrorists) 70-80% of their monthly salaries. Some Palestinian officials have even argued that the partial salary payments have been the excuse for the increasing open participation of the PA Security Forces in acts of terror.

The new leaked documents — correspondence between the office of Abbas, the Palestinian Embassy in Qatar, and the Qatari Foreign Office — expose a new list of priorities for Abbas and the PA to spend the money of the Palestinians, as follows:

The following are some of the documents leaked:

Document from the office of Abbas with the details of his grandchildren accompanying him to Qatar and the World Cup: 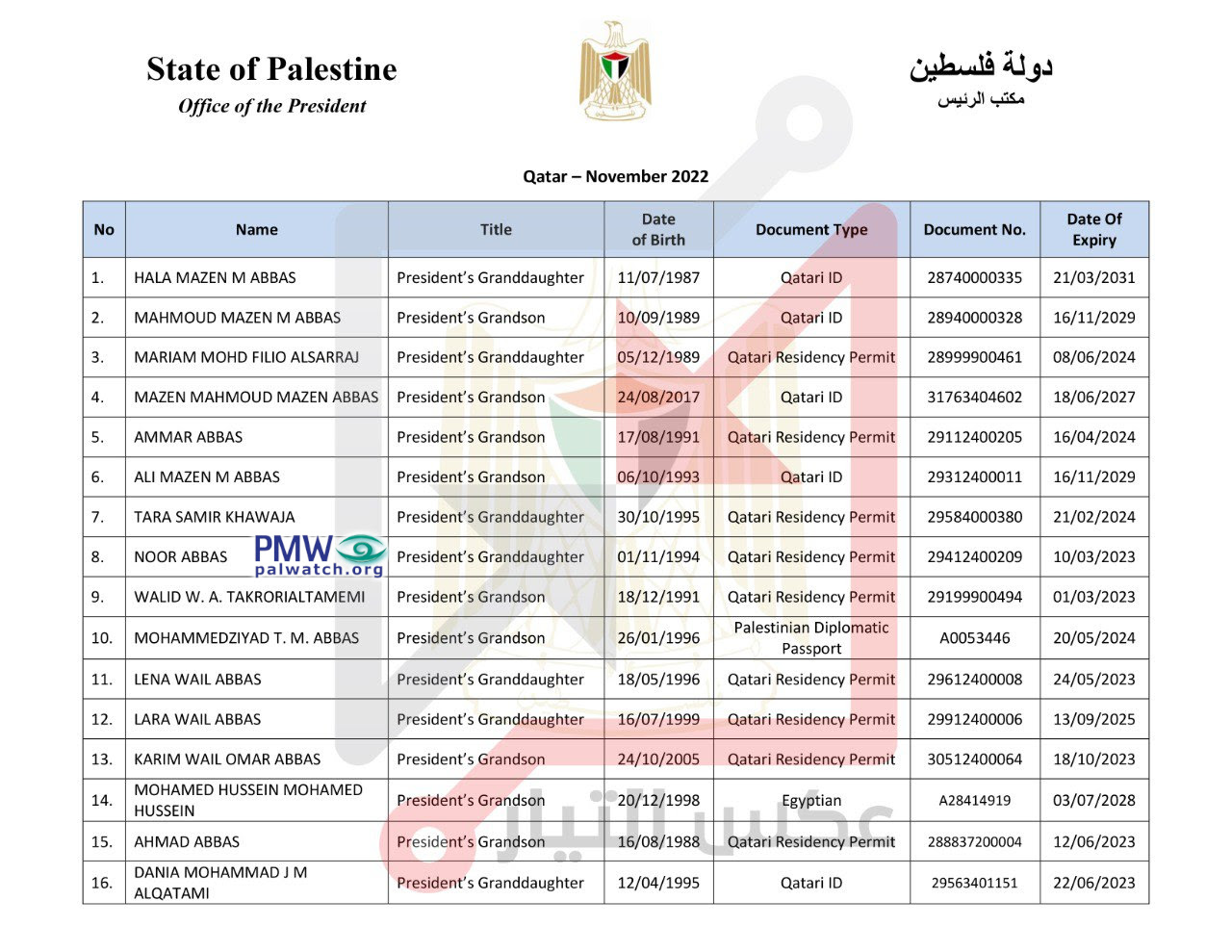 Document from the office of Abbas to the Palestinian Embassy in Qatar, with the details of Abbas’ entourage:

The first name is Abbas’ wife Amina, the second is Hussein Al-Sheikh, the third is Jibril Rajoub, and the fourth is Majid Ferej. The 15th and 16th names are the names of Abbas’ photographer and videographer. The other names include Abbas’ physician, a nurse, and the heads of his security detail: 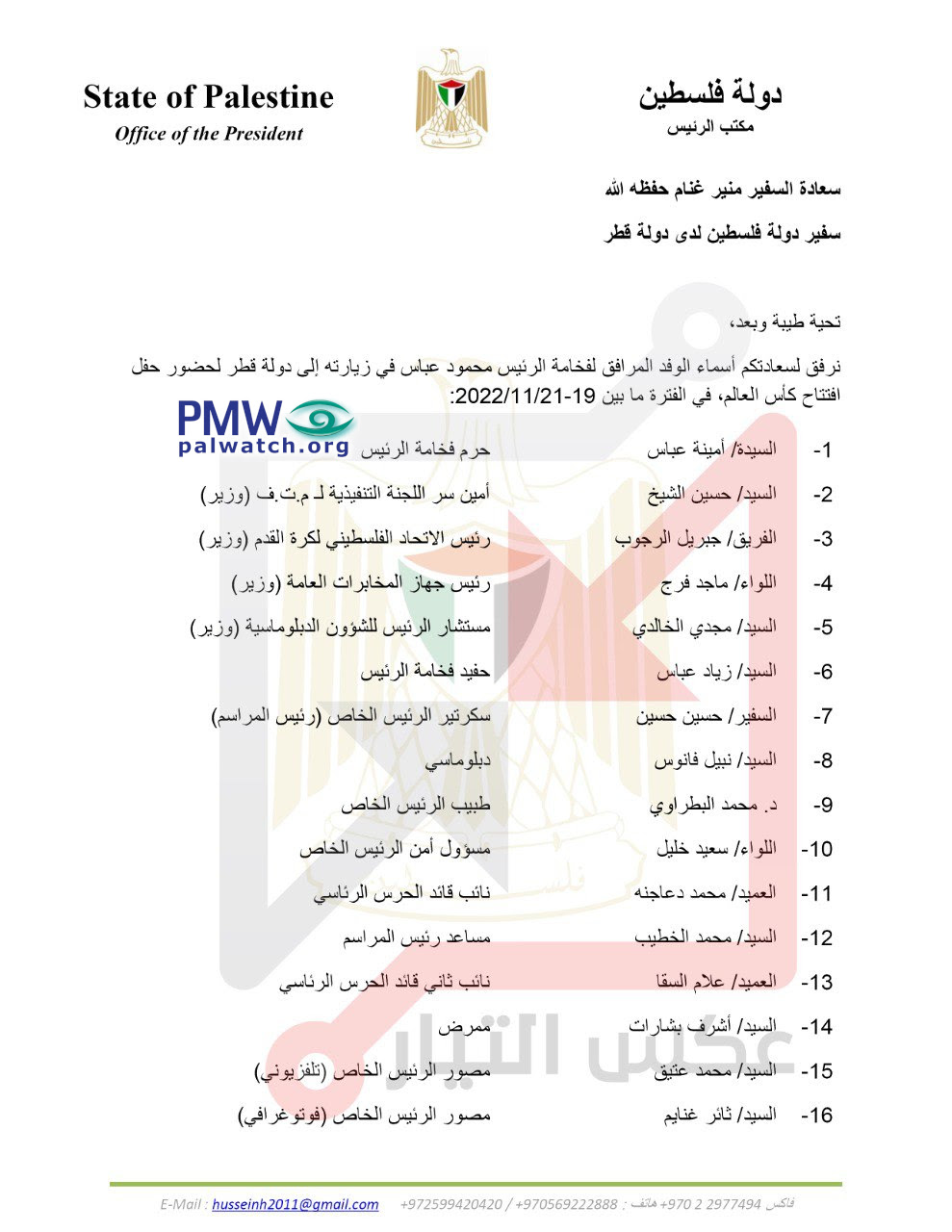 The following is a bill in the amount of USD $79,478.02 from the Ritz-Carlton for rooms for the “State of Palestine Delegation.” It is unclear who stayed in these rooms. 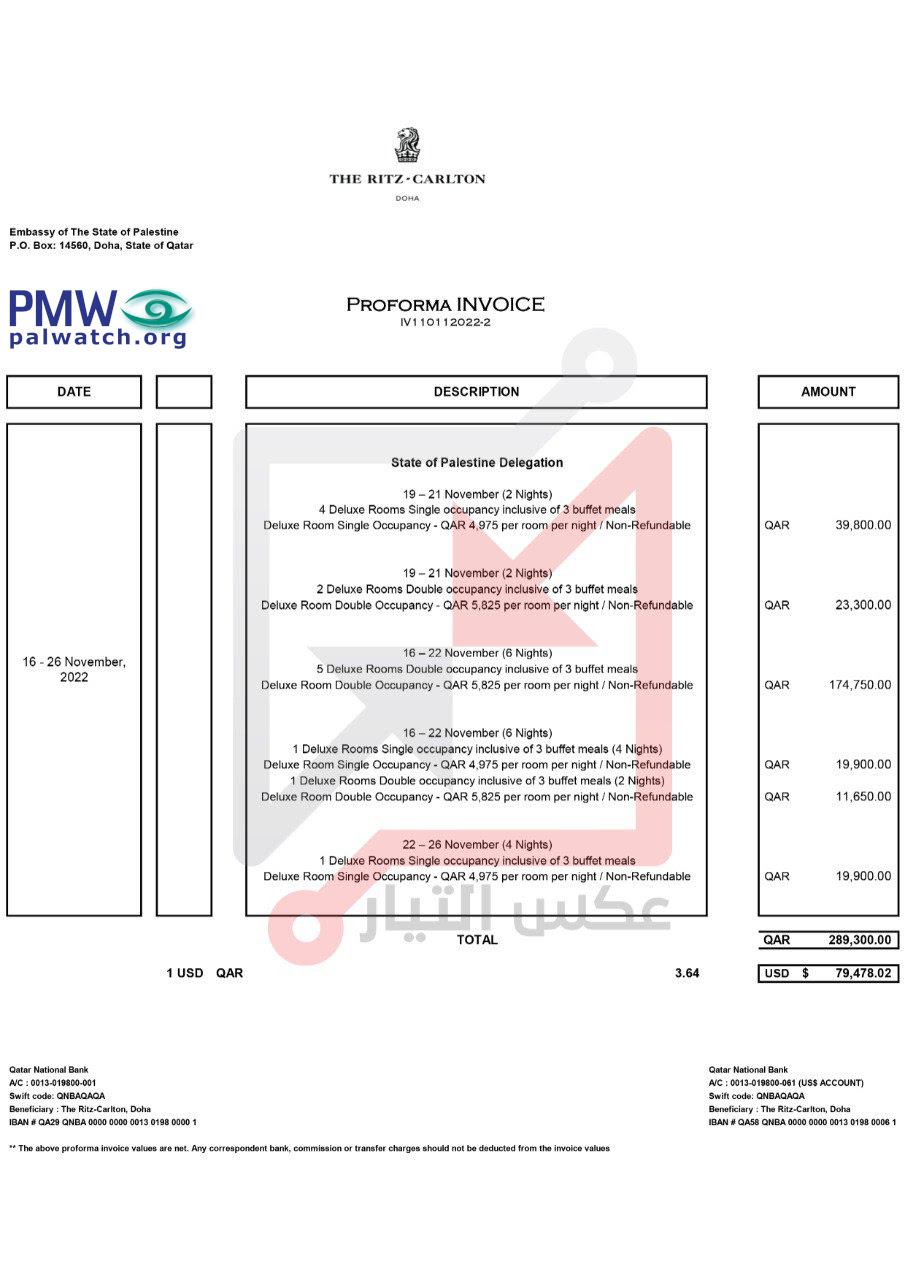 The leaked documents also included the passports of Abbas, his grandson, Hussein Al-Sheikh, and Majid Ferej: 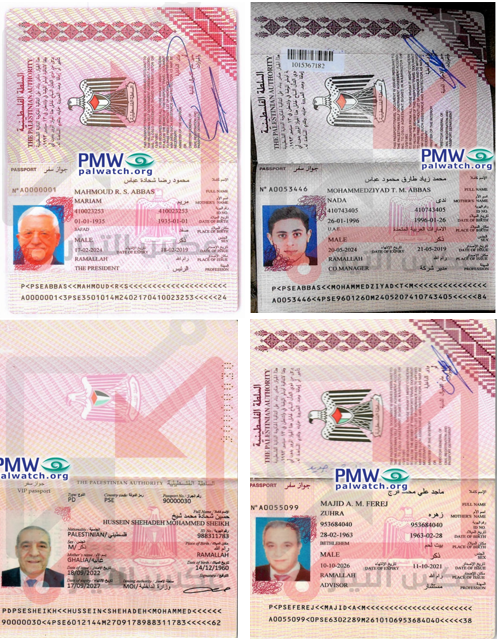 The above documents were published on the Facebook and Telegram pages of aksaltyar on Nov. 14, 2022.