A key “civilian” eyewitness in the formal complaint against Israel filed by Al Jazeera at the International Criminal Court (ICC) over the death of Shireen Abu Akleh, is a terrorist affiliated with the US-designated terrorist organization Islamic Jihad, HonestReporting discovered exclusively on Sunday.

Jenin resident Sleem Awwad’s social media profiles reveal that he is a staunch supporter of Islamic Jihad, having posed with the flag of the jihadist terror group. Our editorial team also found at least five photos of Awwad brandishing firearms, including military-style rifles with scopes. 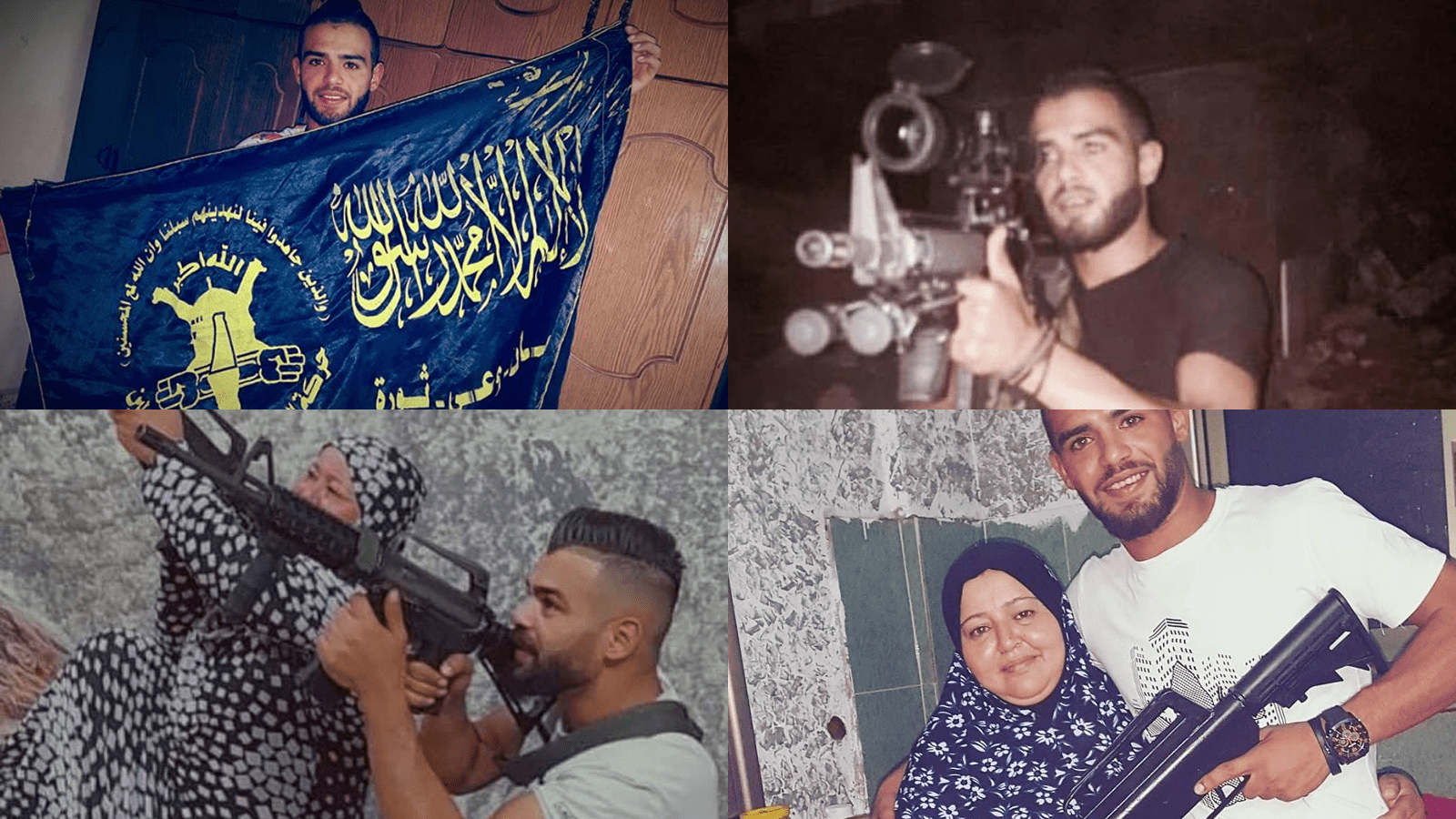 On December 6, Al Jazeera filed a formal complaint against Israel with the ICC over the death of Abu Akleh, the Palestinian-American reporter who was tragically shot on May 11 during a counter-terrorism operation in Jenin.

A thorough Israel Defense Forces (IDF) probe previously concluded that she was likely mistakenly shot by a soldier who failed to identify her as a member of the press. After pinpointing every spot where troops had come under fire, the investigation found that they had strictly complied with the IDF’s rules of engagement.

In July, a report issued by the US State Department similarly said that Israeli forces probably fired the deadly shot, but that there was no indication that Israelis intentionally killed Abu Akleh.

Nevertheless, Al Jazeera last week announced that it had contacted ICC prosecutor Karim Khan in the wake of “new evidence” it uncovered “based on several eyewitness accounts.” Without presenting proof, the Qatar-run broadcaster argued that their correspondent was somehow “targeted” as part of a campaign by “Israeli Occupation Forces [sic]…to silence Al Jazeera.”

The network’s submission to the Court under article 15 of the Rome Statute, the founding treaty of the ICC, followed just days after the airing of “The Killing of Shireen Abu Akleh,” a 40-minute documentary produced by Al Jazeera’s Fault Lines series, which set the stage for Israeli soldiers to be prosecuted in The Hague.

While bizarre, Al Jazeera’s insistence that Israeli security forces deliberately murdered a journalist comes as no surprise given the sources Fault Lines used. Among other organizations, the film’s conclusions rely on claims made by the anti-Israel collective Forensic Architecture, as well as the terror-linked Al-Haq.

Furthermore, as mentioned above, research by HonestReporting indicates that at least one of Al Jazeera’s “civilian” eyewitnesses is in fact an armed terrorist, affiliated with Islamic Jihad, who was in the area when Abu Akleh was shot.

About five minutes into “The Killing of Shireen Abu Akleh,” Al Jazeera correspondent Sharif Abdel Kouddous introduces Sleem Awwad as a key witness to the May 11 incident:

The group of journalists drew a crowd of civilians as well, including Sleem Awwad. He started a live video around 6:24 AM on the social media app TikTok. A few minutes after he started filming, he ran past the journalists to get a glimpse of the Israeli convoy up the street.

Conspicuously, Awwad deleted the TikTok page @saleemawad1995 — and the live video taken some five minutes before Abu Akleh’s death — this summer. However, HonestReporting managed to track down his Facebook and Instagram accounts, and our findings cast serious doubt on Al Jazeera’s claim that Awwad is merely a civilian.

Indeed, a deep dive into Awwad’s social media profiles revealed his support for Islamic Jihad. The largest and most influential terror organization in Jenin, Islamic Jihad reportedly pays its members $300 for every Israeli soldier they shoot and $100 if their attacks do not result in injuries to the troops.

Awwad also mourned multiple terrorists as “martyrs” (see, for instance, here and here). In April, he even called on his Facebook followers to donate blood to save the life of Islamic Jihad Jenin Brigade commander Muhammad Ayman al-Saadi. 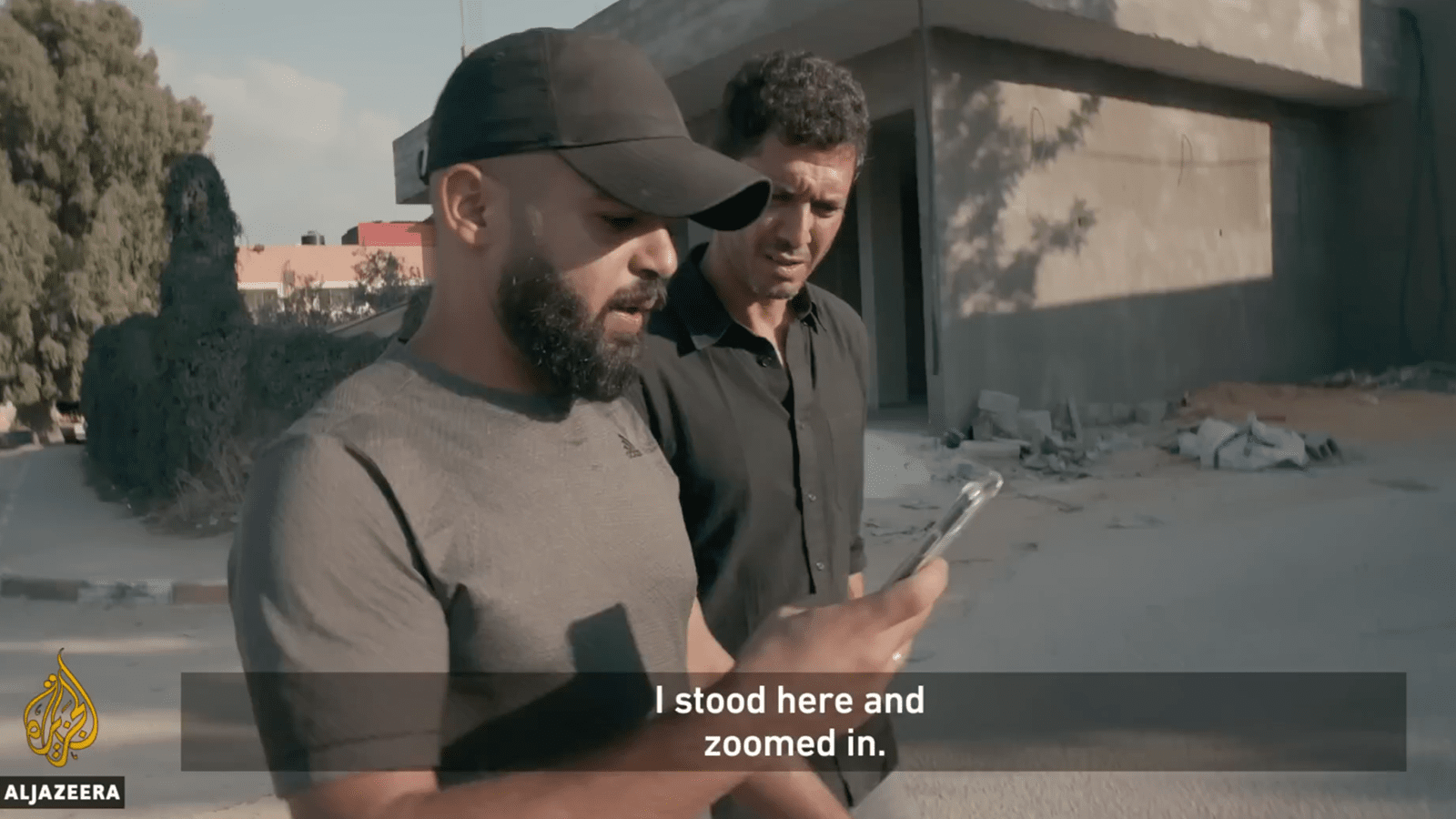 Once again, Al Jazeera has been caught in a lie, falsely presenting armed terrorists as mere civilian bystanders. Although there is no indication that Awwad was carrying a firearm on the morning of May 11, the broadcaster clearly has some explaining to do.

During the December 6 press conference in The Hague, Cameron Doley, a lawyer representing Al Jazeera, insisted that “the claim by the Israeli authorities that Shireen was killed by mistake in an exchange of fire is clearly unfounded,” adding that “the evidence presented to the Office of the Prosecutor confirms that … there were no other persons in the road.”

What else is Al Jazeera lying about?