A Star Is Born: ‘Daddy Gave Me a Present, a Machine Gun and a Rifle’

Israeli soldiers guard along a fence leading to Judea and Samaria, as part of search efforts to capture six Palestinian terrorists who escaped from Gilboa Prison earlier this week, by the village of Muqeibila in northern Israel, September 9, 2021. REUTERS/Ammar Awad/File Photo

A young Palestinian girl may be on her way to fame, if appearances on official Palestinian Authority (PA) TV are anything to go by. Singing a song that glorifies “the machine gun and the rifle” as “a present from daddy,” young Amal has appeared on official PA TV twice in the last two months, addressing her imprisoned father and praising all the terrorist prisoners.

In her latest address, she also thanked official PA TV directly for the opportunity to reach her imprisoned father. Palestinian Media Watch (PMW) has exposed that official PA TV has a number of programs dedicated to the terrorist prisoners. Her latest message is as follows: 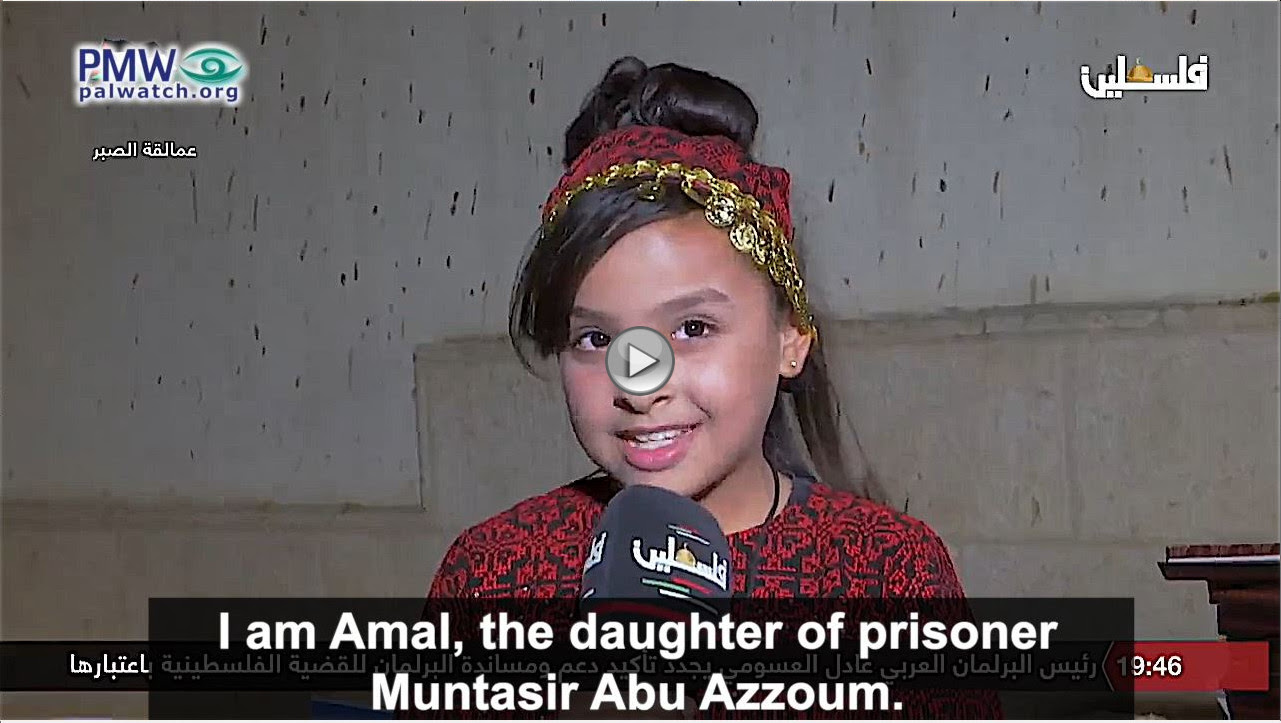 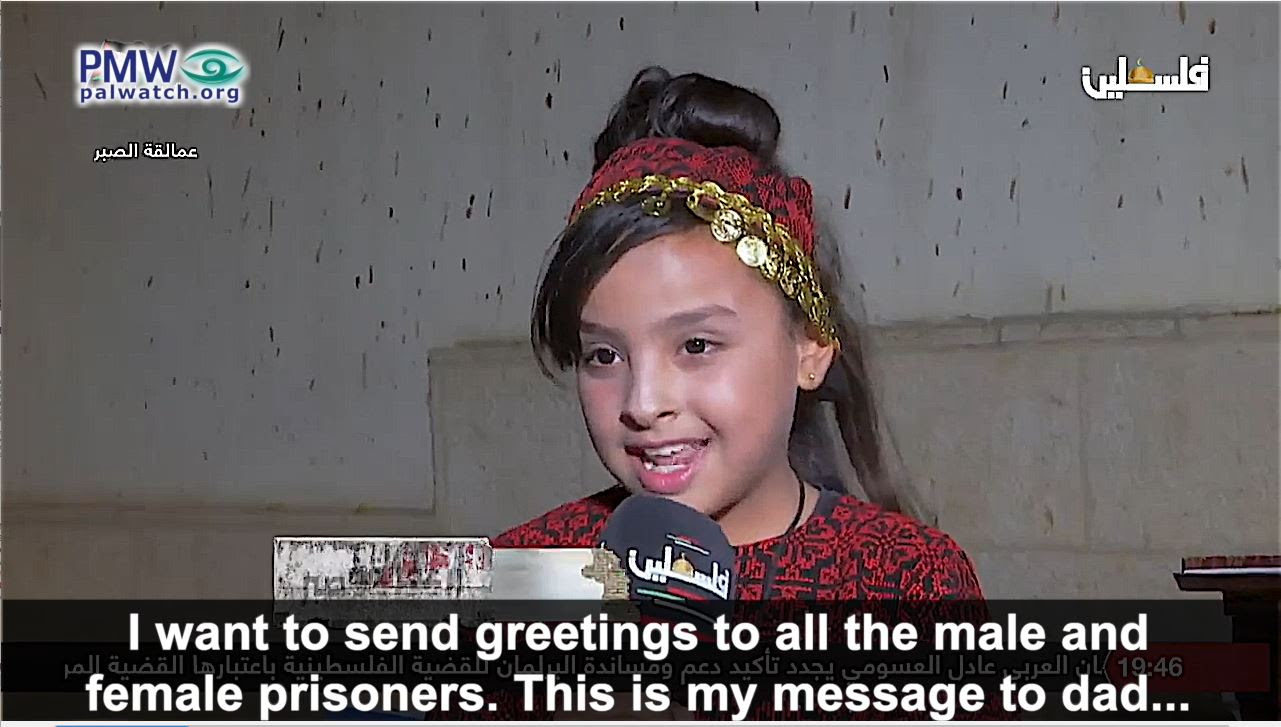 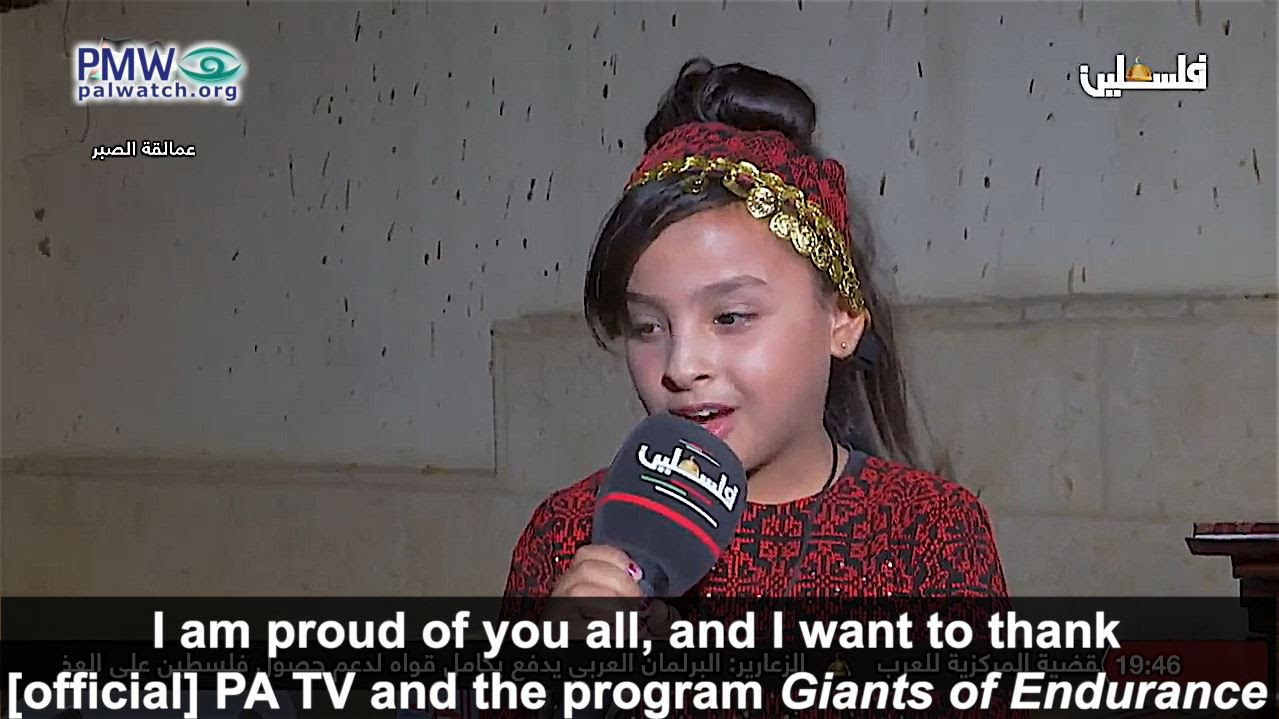 Girl: “I am Amal, the daughter of prisoner Muntasir Abu Azzoum. I want to send greetings to all the male and female prisoners. This is my message to dad. … I am proud of you all, and I want to thank [official] PA TV and the program “Giants of Endurance” that gave me the opportunity to speak and have Dad hear my voice. Prison does not shut down the young people of Palestine. We the children of the prisoners have learned endurance from our prisoners. I want to dedicate a song to Dad:

Daddy gave me a present, a machine gun and a rifle.
When I am big, I will join the Liberation Army.
The Liberation Army taught us how to defend our homeland.
We will achieve victory over America and Israel.”

PMW exposed the girl’s first TV appearance, as well as the appearances of other young children singing to their terrorist prisoner relatives about “defeating Israel” and “trampling the necks of the Zionists.”

The girl in this video is the daughter of Muntasir Abu Azzoum, a Palestinian imprisoned in Israel. PMW was unable to determine the nature of his crimes.