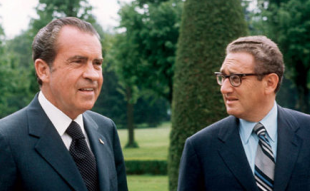 Editor's note; In connection with the 40th Anniversary of the resignation of President Richard M. Nixon, Roger Stone is releasing his second book, Nixon's...

Lior Ashkenazi and Sasson Gabay, two of Israel’s most...

Israeli actress Shira Haas shared with her Instagram followers on Thursday a photo...

President Joe Biden on Saturday said his administration would make an announcement on Saudi Arabia on Monday, following a US...

CTech - “We have given ourselves a short-term goal that by 2025 more than half of our raw materials will...

In Mosul, adjacent to the Biblical city of Nineveh, four churches representing different denominations occupy a small square surrounded by low-rise houses, testament to the role Iraq's once flourishing Christian...