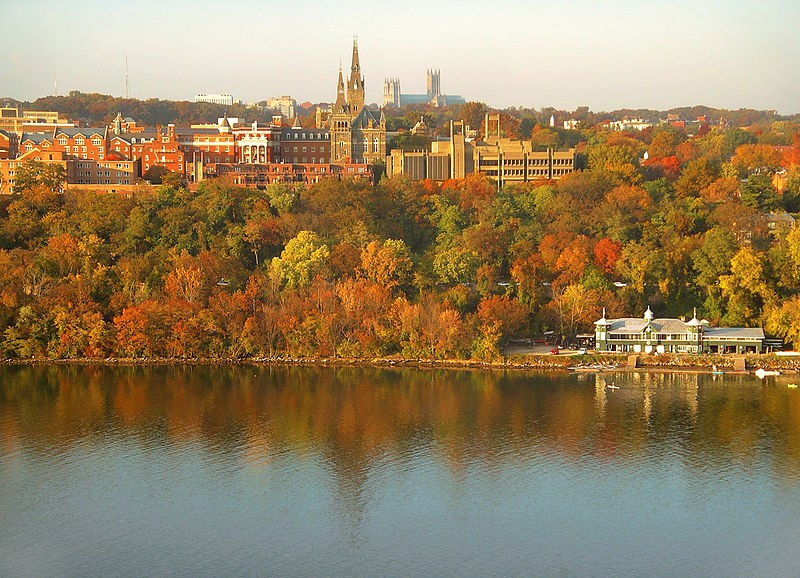 Antisemitic graffiti has been found at this premier DC-based institution, most recently in a bathroom at the medical school. Dozens of faculty members have expressed their support for divestment from Israel, and some have ties to a group suspected of being a front for the Muslim Brotherhood. Though no student resolution for BDS has yet been put to a vote, the school's highly active Students for Justice in Palestine chapter is focused on its campaign to delegitimize Israel on campus. However, an attempt in September to disrupt a panel discussion on Israeli Prime Minister Benjamin Netanyahu was quickly and efficiently derailed by the moderator, winning praise from pro-Israel students. (Photo credit: Wikipedia.)