President of the Brazilian Israelite Confederation

Claudio Lottenberg, an ophthalmologist by training, is the president of the Brazilian Israelite Confederation, the main organization representing the Jewish community in Brazil. Lottenberg has also served as a vice president of the World Jewish Congress and as a special advisor to that organization’s president. During a politically turbulent 2022 in Brazil, which saw former far left President Luiz Inácio Lula da Silva defeat the present far right incumbent, Jair Bolsonaro, Lottenberg counseled caution. “President Lula, we wish you great success in your four-year term,” he said after the result was announced. “At the same time, we reiterate our permanent availability for constructive and democratic dialogue." (Photo: Brazil Journal) 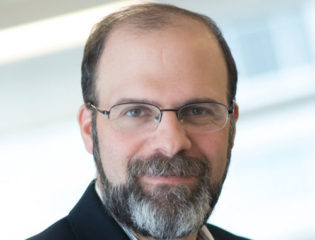