Suicide Nation: Competing Pathologies in the State of Israel 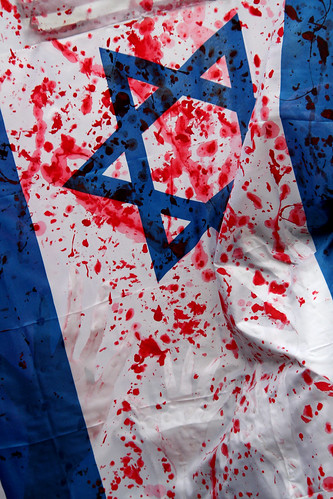 The Bleeding Season Returns to Israel

With this Third Intifada (2014-?) overtly underway, the bleeding season is once again in full swing in Israel. Jews are being murdered in increasingly resourceful ways by Palestinian Arabs manifesting their insatiable bloodlust. But it is Israel’s own pathology that enables the Arabs’ pathology. Truth be told, Israel is reaping what it repeatedly sows.

Through its pathologically suicidal altruism, Israel became a Lemming Nation, a state that self-immolates. Common sense is seemingly unknown, and the slow bleed ensues. What is normal in Israel is patently abnormal elsewhere. The real tragedy is Israel’s evident resignation and complacency in the face of avoidable horrors — horrors that are not and would not be tolerated in any other civilized country on earth.

Superficially, it is mighty tempting to throw up one’s arms and surrender to fatalism. After all, death-obsessed Arabs are taking advantage of life-obsessed Jews. Same old story for the millionth time. They know and exploit our Achilles heel. They will never change, and we never should. “It is what it is.” All that remains is to join the growing ranks of the resigned.

Yet resignation to the situation must be fervently resisted for the contemporary reality to ever improve.

Jews are not helpless, and need not be pathetic. For the first time in almost two millennia, the Jewish People has a nation-state, the Middle East’s strongest military, internal and external security services, a border police force, and a national police service. If we are incompetent, impotent, and inept in spite of all this… then undoubtedly we are the masters of our own demise.

Looking at the current measures against terrorists reveals a nonsensical strain in Israeli cognition. Actions result from an aberration in critical thinking. Presently, terrorists’ houses are demolished, but houses do not commits acts of terror; terrorists are released by the hundreds to seduce the Palestinian Arabs into “peace” negotiations, an absurd and lethal initiative to any sane mind; and wounded terrorists are treated in Israeli hospitals by the same people the terrorists were in the process of murdering, a farcical proposition stranger than fiction. Startlingly, Israel aids and abets its own piecemeal dismantling, and this is due to a dearth of clearheaded thinking and a surplus of misapplied good intentions.

What can be done to cure Israel’s lame-duck pathology and heal the seeping flesh wounds? Are there concrete measures that might stem the tide, or even reverse the trend? With a touch of common sense, much can be achieved. Anything would be better than the status quo. Here are just a few policy changes that might have a tremendous impact:

1) The Death Penalty for Terrorists: If they elude summary justice on site, terrorists who survive their missions ought to be held to account and made to pay the ultimate price. Only in Palestinian Arab culture, where murderers are “martyrs”, would this be no deterrent, but justice would be served, there would be no chance of released terrorists terrorizing anew, and hosting terrorists in jails on the taxpayer’s shekel would be a thing of the past.

2) A Law against Releasing Terrorists: The Knesset should pass a law without delay stipulating that no Israeli government or court can effect the release of convicted terrorists, with or without blood on their hands. Surprising as it may be, terrorists sprung from their cells in “goodwill gestures” do not go into real estate or embark on teaching careers. They terrorize at their soonest possible convenience, undeterred by capture, confident in the likelihood of being released in the near future. Stopping the revolving door for terrorists is basic; allowing it to whirl is imbecilic.

3) Draconian Laws against Arab Incitement to Violence: Any Arab television channel, radio station, school, organization, or individual fomenting unrest and inflaming others with calls for terrorism, murder, rock-throwing, or violence of any kind ought to be subjected to stiff laws designed to counteract such incitement. The promoters and promulgators of terrorism need to feel the full brunt of the law: media outlets should be shuttered, school curricula rigorously monitored, and those advocating violence sentenced to harsh penalties involving long prison terms and stringent prison conditions.

4) Defensive Training for All Citizens and Residents: The frequent helplessness of civilians can be combated by instituting compulsory self-defense training for all Israeli citizens and residents beginning in adolescence with unarmed martial arts and  progressing to training in weapons use in early adulthood. Group courses in responding to simulated terror attacks could realistically save lives. All women and men who do National Service instead of enlisting in the IDF or Border Police should still possess the rudimentary skills necessary to defend their lives.

5) A Major Plan to Annihilate Terror Armies: Hamas, Islamic Jihad, Hezbollah, and other murder syndicates are perched on Israel’s borders, armed to the teeth, and ready to unleash at their pleasure. Terrorists need to have the earth quake beneath their feet, to be forever unsure of their footing. As a priority, the IDF must conceive of and execute a strategic plan for eradicating, root and branch, the terrorist thugs sitting pretty on Israel’s borders. Targeted killings of terror leaders only lead to promotions in terrorist ranks. Instead, the entire organizations must be methodically uprooted, not merely decimated but destroyed to a man, top-to-bottom, inside out. No more band-aid “operations” to restore “quiet” are needed; they do not do the job of ending terrorism and fall woefully short of any meaningful change. Only wholesale obliteration of terrorist gangs, Sri Lanka-style, will bring long-term results. Such a prolonged campaign should not be televised or broadcasted in any way, shape, or form, and UN ticking clocks or resolutions must be resolutely ignored. Only when the job is done decisively and with finality should Israel’s defenders stand down.

It would be a historic tragedy for the Jewish People to squander the miracle of the State of Israel. With the way things are going, though, Israel is fixedly on course toward garnering the inglorious epitaph of “Death by Excessive Restraint”.

By holding Palestinian Arabs to no standard, let alone low standards, the world infantilizes them. But the hypocritical world can afford to do so, because its nations do not have to experience Palestinian Arabs as neighbors and suffer from their murderous psychosis. Israel cannot afford the luxury of holding the Palestinian Arabs unaccountable. Meekness in the face of aggressive terrorism kills. It is immoderate and unreasonable to assist your enemies in their work of destroying you, to understate. An active and determined approach to counter-terrorism must resurface amid Israel’s polity and society; the bleeding season will otherwise become a permanent period.

Besides, the State of Israel has more than enough admirals of appeasement, captains of capitulation, and sergeants of surrender. What it desperately needs are mature leaders who understand the necessity of a firm hand in times of terror, and who are unafraid to act accordingly. If Israel’s leaders cannot protect Jews, then who can?