Kings of the Jews: Israel 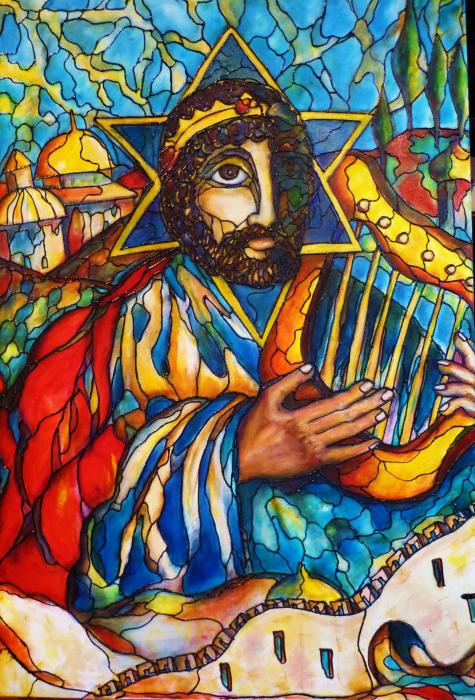 After centuries of being governed by authoritative judges, and faced with mounting threats from neighboring foes, the ancient Israelites agitated for a king who would centralize power and organize a formidable force to defend the territories of Israel’s tribal confederacy. What followed were centuries of monarchy, a divided kingdom, and scores of sovereigns—most of whom were corrupted by power and unfaithful to the ways of their ancestors and the divine commandments. The merit of the judges gave way to the might of the kings, the last of whom (Bar Kokhba) lost the realm in an ultimately unsuccessful revolt against the Roman Empire. Their biographies and histories are related throughout the 19 books of the Prophets section of the Bible—especially in Samuel I & II and Kings I & II—and in the Hagiographa section’s Chronicles I & II, and retold in Josephus’ Jewish Antiquities.

The Assyrians transferred foreign populations from the province of Babylonia and elsewhere to Samaria and throughout Israel. An exiled Israelite priest was restored to Beth El so as to teach the new arrivals “the manner of the God of the land,” though it is unsurprising that a practitioner of Israel’s long-corrupted religious observance was unable to instill in his charges a disdain for their imported idols, to which they predominantly reverted (albeit adulterated by God of Israel worship). The northern Kingdom of Israel was outlived by the southern Kingdom of Judah by 136 years.

The Kingdom of Israel was ruled by a total of 24 kings (including those of the United Monarchy) from 11 royal houses: 5 houses reigned for only 2 lineal generations, and 4 for just 1 lineal generation. As to their rectitude—or conspicuous lack thereof—the biblical accounts make it clear that the difference among the kings was mostly one of degree, not of kind. Apart from the House of David, which is upheld as the golden era of Hebraic monarchy, the story of the kings of Israel is one of rebellion and usurpation, rivalrous military commanders and murderous successors, encroaching neighbors and warring alliances. There is a definite sense of the fleeting that suffuses these machinations; indeed, the only apparent constant in the northern kingdom throughout most of its 300-year history was idol worship, of varieties both homegrown and imported.

The overarching narrative emerging from the biblical accounts portrays the gradual devolution from independence to vassalage to conquest and imperial incorporation. There are seminal lessons to be gleaned from the historical events regarding the solicitation of foreign participation in domestic matters: both the Arameans and Assyrians at various times were substantively involved in the Kingdom of Israel’s internal affairs, and both neighbors repeatedly attempted to exert increasing control over Israel until its downfall.

The overall message of Kings and Chronicles is unmistakable: long before the Ten Tribes of Israel were geographically lost, they were spiritually lost. The arch-rebel Jeroboam I formulaically bears the blame for Israel’s demise, although the introduction of idolatry can more accurately be ascribed to an aging Solomon and his foreign harem. As Kings II has it, Israel’s monarchs “went after things of nought, and became nought…”.