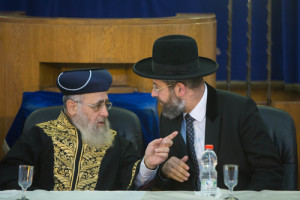 New York Times – The newest combatants in Israel’s raging battle over ultra-Orthodox control of Jewish law and institutions are six children, ages 1 to 11, who were converted to Judaism on Monday by Orthodox rabbis operating outside the official system.

The conversions were not expected to be recognized by Israel’s Chief Rabbinate or by the Interior Ministry. But after the Israeli government bowed to pressure last month from the ultra-Orthodox, also called Haredim, and reneged on a plan to ease conversion, a group of respected rabbis has expanded its private conversion court in what analysts see as a significant challenge to the establishment.