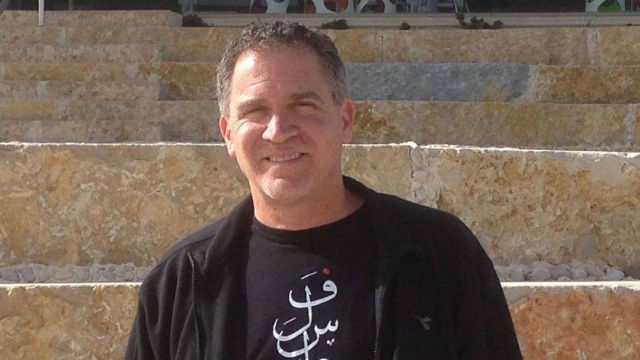 An anti-Israel group at Drew University is upholding its decision to host a lecture on Wednesday by a well-known Israeli anti-Zionist activist, despite antisemitic comments he made on Twitter last week, The Algemeiner has learned, a day after a similar invitation was rescinded by Princeton.

Students for Justice in Palestine (SJP) explained its decision to have Miko Peled speak on campus, in spite of the “problematic” content of his tweet about the new Memorandum of Understanding signed between the US and Israel earlier this month, according to which the United States will provide the Jewish state with $38 billion in defense aid over the next 10 years.

Then theyr surprised Jews have reputation 4being sleazy thieves. #apartheidisrael doesn’t need or deserve these $$ https://t.co/5DGjBmTDMN

The group wrote on Facebook that while it is “totally against antisemitism,” it wished “to continue with this event to address the topic that he is scheduled for and where his expertise lies.” In contrast, the Princeton Committee on Palestine (PCP) announced Tuesday, some three hours before Peled was scheduled to speak at the Ivy League institution, that it was cancelling his lecture “to show our commitment towards educating our campus about Israel/Palestine issues.” A student at Princeton told The Algemeiner that the cancellation was the result of a successful campaign by the pro-Israel campus community, “who took to social media to shame the PCP for bringing an antisemite to campus. And the pressure worked.”

Following the PCP’s decision, Peled issued his own response on Facebook, in which he doubled down on his offensive rhetoric.

In a separate statement on Twitter, Peled blamed “Zionist pressure” for the cancellation of his lecture.

Peled is the son of Matti Peled, an Israeli general who served during the 1967 Six-Day War, who later became a radical leftist.

Over the years, the younger Peled has made repeated defamatory remarks against Israel and Jews.

For instance, he has advocated for a “single-state solution” to the Israeli-Palestinian conflict, calling for the end of Israel as a Jewish state. He has also likened Israel to an “apartheid” state and referred to Gaza as an “enormous concentration camp.”

On his blog, Peled expresses support for the Boycott, Divestment and Sanctions (BDS) movement, which he believes will lead to “a secular democracy where all Israelis and Palestinians live as equals…in our shared homeland.”