Don’t Believe the Lie of a ‘Palestinian Majority’ 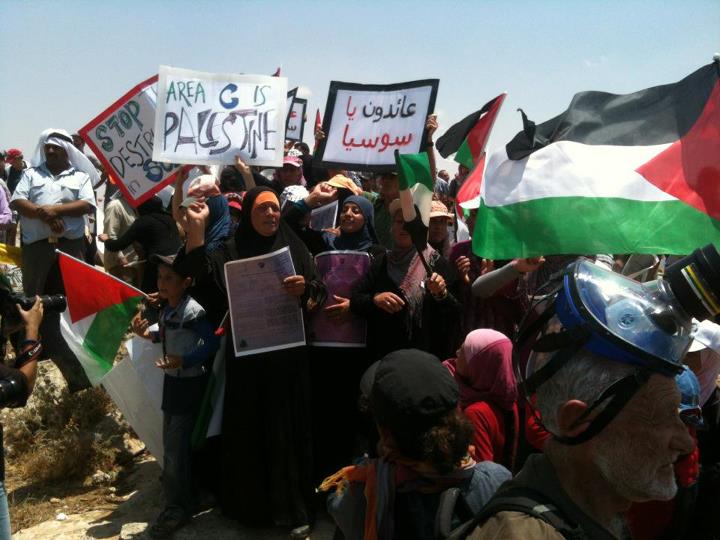 JNS.org – A group advocating Palestinian statehood took out a full-page ad in The New York Times last week to warn that there will be “a Palestinian majority” in Israel in less than a decade unless such a state is created. A reader of the ad might think he had fallen into a time warp and ended up sometime prior to the signing of the 1993 Oslo accords.

The ad, sponsored by the S. Daniel Abraham Center for Middle East Peace, was headlined “Separation Between Israelis and Palestinians is Essential.” It featured what it called a “population breakdown from the Mediterranean Sea to the Jordan River” — a frightening chart that showed the current Jewish population and that of projected estimates; in 2015, 52 percent Jewish; in 2020, 49% Jewish and in 2030, 44% Jewish.

Those statistics are not merely ignorant; they constitute deliberate deception.

The number of people between “the Mediterranean Sea and the Jordan River” is not the same as the number of Israeli citizens. That territory consists of two entirely separate bodies of people: Israeli citizens and Palestinian Authority residents. Among Israeli citizens, there is an approximately 80% Jewish majority, and it will remain that way for a long time to come. Among the PA’s residents, there is a 100 percent Arab majority and that will not change.

Israelis vote in Israel’s elections. PA residents vote in Palestinian elections (when their dictator permits them). Israelis and Palestinians lead geographically separate lives. The cities where 98% of the Palestinians reside are governed by the PA, not Israel. Israelis do not venture into those cities. (When they accidentally go there, they risk being lynched.)

In short, the number of Palestinians has no effect on Israel’s demography. Even if there were, right now, twice as many Palestinians in the PA areas, Israel would still have the same 80% Jewish majority.

Back in the 1980s, the “demographic argument” was one of the main weapons in the rhetorical arsenal of Jewish supporters of the Palestinians. They even got then-Sec. of State George Shultz to embrace the idea that Israel faced “a demographic time bomb.” Pundits such as Thomas Friedman of The New York Times wrote innumerable articles about how Israel could not be both Jewish and democratic unless it allowed creation of a Palestinian state.

Then Yitzhak Rabin came along and turned everything on its head.

The Peace Now camp at first embraced Rabin’s Oslo Accord, because they thought it would lead to creation of a Palestinian state. But Rabin wanted to test the Palestinians first. He wanted to make sure they were sincerely committed to peace. So, before agreeing to a state, he signed the Oslo II Accord, in September 1995, which provided for Israel to withdraw from the areas where the Palestinians live.

But a Palestinian state did not follow, because, instead of embracing peace, the PA decided to sponsor terrorism against Israel, shelter terrorists from arrest, and inculcate its young people with anti-Israel and anti-Jewish hatred.

All of which brings us to today.  The “occupation” is long over. The “separation” that the S. Daniel Abraham Center is now demanding was already implemented 21 years ago. The “demographic time bomb” was defused. Israel is still both Jewish and democratic.

Now you can see why the advocates of Palestinian statehood feel so frustrated. They’ve run out of cogent arguments. All they can do now is try to wind the clock back to the days before Oslo, so that they can portray Israel as an occupier. That is nothing less than a callous, cynical attempt to manipulate the public. And it’s a grievous insult to the memory of Rabin.

Rabin’s separation plan tested the Palestinians. They failed the test. Now it’s time for the statehood advocates to admit this painful truth and stop living in the past.