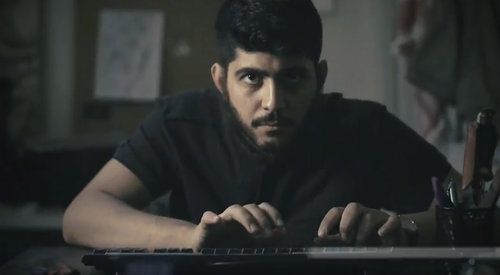 JNS.org – A video produced by an Israeli legal rights non-governmental organization asserting that Facebook facilitates incitement to racial Islamic terror has garnered nearly 1 million views in the four days since it was launched.

The Shurat HaDin-Israel Law Center’s video — titled “Who’s behind terror – Rewound!” — opens with footage of a bombing in New York City, before portraying moments in the three months leading up to the incident that show the fictional perpetrator engaging with and learning from violent radicals on Facebook.

The NGO argues that the social media network has failed to properly vet and ban pages and users that are directly engaged in terror activity and promotion.

“Turning a blind eye to violent incitement is a dangerous and reckless policy,” the narrator says at the end of the video. “It must stop.”

US Secretary of Defense Mark Esper hosted a meeting with his Israeli counterpart, Benny Gantz, at the Pentagon on Thursday. "This...

Nitsana Darshan-Leitner, founder of Shurat HaDin, said in a statement, “Facebook’s announcement this week that it will create a shared database to remove terrorist content is a step in the right direction, but it’s too little, too late. This won’t undo the harm it has already caused to the victims of terrorism, and it’s no substitute for shutting down terrorists’ social media accounts.”

Shurat HaDin has two lawsuits against Facebook pending in the US District Court for the Eastern District of New York in Brooklyn. One was filed in 2015 on behalf of 20,000 Israelis amid last year’s wave of Palestinian stabbing terror attacks, and seeks an injunction forcing Facebook to actively monitor and block terrorists’ pages. The second lawsuit seeks $1 billion in damages for families of five Israeli victims of Hamas terrorism.