Report: Trump Administration Wants to Send Palestinians Message That Time Is Not Working in Their Favor 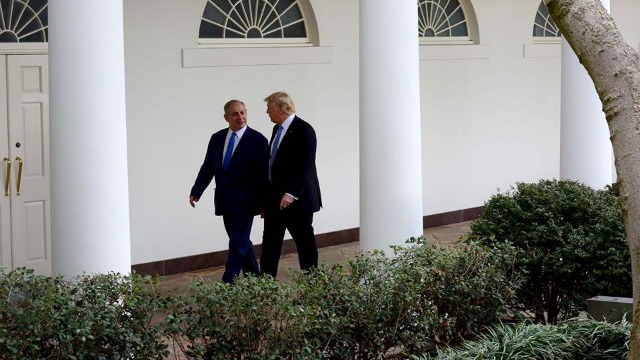 The Trump administration wants to send the Palestinians a message that time is not working in their favor, the Hebrew news site nrg reported on Friday, citing unnamed US government sources.

The essence of the message, the sources said, is that if the Palestinians do not cooperate with the Trump administration, Israel would be given a free hand to build more settlements and perhaps even apply sovereignty over parts of the West Bank.

According to the nrg report, Israeli Ambassador to the US Ron Dermer has started preliminary talks with Jason Greenblatt — President Donald Trump’s special representative for international negotiations — about settlement construction. Large gaps remain between the Israeli and American positions on the issue, nrg said, and no agreements have been reached yet.

The Trump administration, nrg’s US sources revealed, is looking to return to the past American policy, in place before the Obama era, of turning a partial blind eye to settlement construction — i.e. only an occasional condemnation. At the same time, nrg reported, the Trump administration does want Israel to restrain settlement construction — to placate America’s Arab allies and show the Palestinians that the US is not adopting a unilateral pro-Israel approach.

Dermer, the report said, was in Israel this week for an annual Foreign Ministry conference, at which he said relations with the Trump administration were far more comfortable than they had been with the previous administration.

However, he stated, Trump’s public request of Prime Minister Benjamin Netanyahu at a joint White House press conference last month to “hold back on settlements for a little bit” surprised Israel.

It was no longer certain, Dermer also noted, that the Trump administration would in fact move the US Embassy in Israel from Tel Aviv to Jerusalem — which was a Trump campaign pledge.

At a Likud faction meeting this week, the report said, Netanyahu told fellow party members that Israel “does not have a blank check” from the US regarding settlement construction.

Meanwhile, a new Jerusalem Media and Communications Centre poll published on Thursday found that Trump’s election has made 53.7% of Palestinians more pessimistic about resolving the conflict with Israel, with only 4.7% feeling more hopeful.