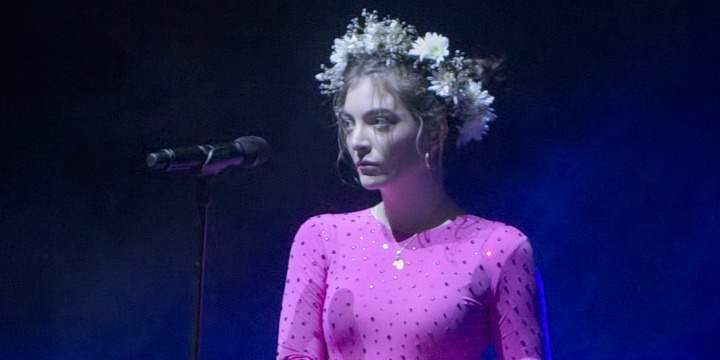 A Florida lawmaker is demanding that venues in Miami and Tampa cancel upcoming concerts by New Zealand pop star Lorde, who called off a show in Israel to comply with the boycott, divestment and sanctions (BDS) movement.

“BDS is an antisemitic, terrorist movement and we should not force taxpayers to subsidize it,” State Representative Randy Fine (R-Palm Bay) told The Algemeiner on Friday.

In letters to the Miami Sports and Exhibition Authority and the Tampa Sports Authority, Fine warned that Lorde’s April performances would violate Florida law, which bars state and local governments from conducting business exceeding $1 million with any organization engaged in a boycott of Israel.

“Florida has no tolerance for antisemitism and boycotts intended to destroy the State of Israel,” Fine wrote. “That’s why Florida passed groundbreaking anti-BDS legislation several years ago … Current statues are clear — local governments cannot do business with companies that participate in antisemitic boycotts of Israel.”

Howard Stern Bashes Lorde for Cancelling Israel Concert, Asks, ‘Why Is Israel the Bad Guy in the World?’

“When Lorde joined the boycott in December, she and her companies became subject to that statute,” the representative continued. “The taxpayers of Miami and Tampa should not have to facilitate bigotry and antisemitism.”

Lorde is currently scheduled to perform in Tampa on April 11th and in Miami on April 12th. The singer cancelled a Tel Aviv concert set to take place in June as part of her world tour, which will include stops in Russia and Indonesia.

Fine told The Algemeiner that he has not yet received a response to his letters, but is optimistic that the venues will comply with his demands. “When they scheduled the concerts Lorde had not joined the BDS movement and perhaps they’re not even aware that she did,” he said, “but I’m certain that [they] will follow the law and cancel the concerts.”

Fine and Florida Senator Jeff Brandes have introduced a bill to amend the current law allowing state entities to do up to $1 million in business with organizations that support BDS. The lawmakers want to reduce that $1 million cap to zero, Fine explained, “which would make Florida a zero-state tolerance for governments doing business with antisemitic bigots.”

He expressed confidence that the bill — which passed the Florida House of Representatives with a 109-3 vote several weeks ago — will be approved by the Senate as well.