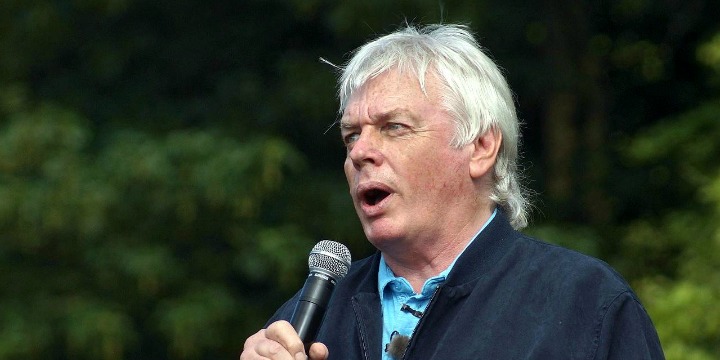 The Australian government on Wednesday refused antisemitic conspiracy theorist David Icke a visa to enter the country for a speaking tour.

A bestselling author, Icke has written numerous books charging that an alien race of humanoid reptiles secretly controls the world.

In recent years, he has openly embraced antisemitism, adopting The Protocols of the Elders of Zion as a recommended text, charging that “Rothschild Zionists” were leaders of the reptilian conspiracy. He has blamed Jews for the 9/11 attacks, endorsed Holocaust denial and called Judaism “racist,” among other defamatory claims.

Dr. Dvir Abramovich — the head of Australia’s Anti-Defamation Commission — said in January of Icke’s planned speaking tour, “This is a man who claims that the Jews funded the Holocaust and who casts doubt on the extermination of six million Jews, who maintains that the world is run by a secret cabal of Jews and who has said that racist far-right groups are fronts for the Jews.”

“He also endorses and draws inspiration from the notorious forgery The Protocols of Zion, which influenced Hitler and was exploited by the Nazis to degrade Jews, and who maintains that a Jewish organization was behind the slave trade,” Abramovich added.

According to the Sydney Morning Herald, Icke reacted to the ban by saying he was “shocked and appalled to have received the news earlier today that my visa had been revoked just hours before boarding a flight to Australia.”

“I have been a victim of a smear campaign from politicians who have been listening to special interest groups attempting to discredit my beliefs, my views and my character by spreading lies,” he asserted.

“This knee-jerk reaction to accommodate the people behind this smear campaign has left a sinister mark on Australians, compromising freedom of speech and ideas,” Icke claimed. “This goes further than just me today, but sets a dangerous precedent for citizens who have differing views and are willing to openly express these.”

“This is the creation of a blatantly Orwellian totalitarian state,” he went on to say.

“This is the sweetest victory of all,” Abramovich said in a statement. “Bravo Immigration Minister Coleman for heeding our call and for declaring in a loud voice that antisemites and Holocaust deniers will never find a home in Australia. This was a defining moment for who we are as a nation, and we salute the government for taking a clear-eyed and moral stance in rejecting hate and incitement.”

“Allowing Icke into our country would have crossed red lines and would have sent the message that it is open season on the Jewish community and that vilifying and maligning Australian Jews is ok and normal,” he added. “This is a glorious victory for all Australians who believe in the core values of respect and tolerance.”

A number of Australian politicians also praised the move, with the Labor party candidate for the federal seat of Macnamara, Josh Burns, saying of Icke, “Given it is barely a month since we had far-right and neo-Nazi rallies in St Kilda, importing more of this sort of hate is something Australia cannot afford.”