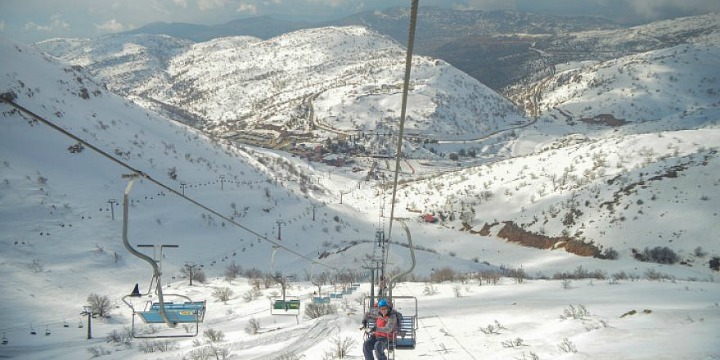 JNS.org – Snow fell on Mount Hermon on Sunday during Passover for the first time in 22 years.

With approximately eight inches of snow already on the ground and accumulation set to continue throughout the day, the Hermon ski-resort management closed the site to visitors. Snowfall was also reported in towns in the Golan Heights.

Unseasonable rainstorms drenched the country from north to south, as vacationers tried to find ways to enjoy the Passover holiday indoors. Many parks that were opened for free to hikers and visitors for the holiday were closed, including the Ein Gedi nature reserve. Outdoor events around the country were cancelled or rescheduled for later in the week.

While some local scattered showers were forecast for Monday morning, the day scheduled for the traditional Priestly Blessing ceremony at the Western Wall plaza, temperatures are expected to rise and rains to dry up throughout the week, according to the Israel Meteorological Service.

It is now 8.75 feet from its upper limit, after which point it would flood its banks.