Swiss Government Found to Be Spending Millions on Anti-Israel Lawfare 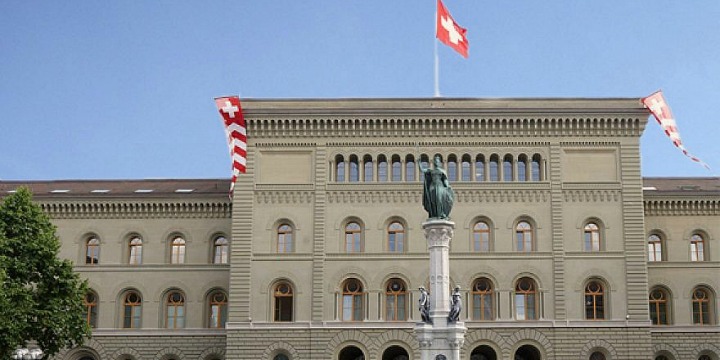 JNS.org – The Swiss government has been directly funding legal activity targeting Israel over the past year. The funding, estimated at $2 million at least, was transferred by the Swiss Foreign Ministry through its diplomatic mission in Ramallah to a series of Israeli and Palestinian organizations one year ago.

The transfer of funds took place shortly after the Swiss government ended its support for the Ramallah-based Human Rights and International Law Secretariat over its support for the boycott, divestment and sanctions movement. Ultimately, though, the funds went towards financing similar projects.

The contracts were signed by both the Swiss diplomatic mission in Ramallah and six pro-Palestinian organizations in 2018. In addition, funding was allocated towards three Israeli organizations: the Hamoked human rights organization, Physicians for Human Rights and Adalah-The Legal Center for Arab Minority Rights in Israel.

Among the activities financed in accordance with the contract were “building cases for the International Criminal Court” and “collecting testimonies, field inspections, holding interviews and [providing] legal assistance to victims of war crimes.”

According to the security doctrine formulated by Israeli Prime Minister Benjamin Netanyahu, the International Criminal Court is one of the greatest threats to Israel.

Other Swiss-funded activities include interfering with Israel’s demolition of terrorists’ homes. So, for example, the contract with Hamoked noted that “the organization will alert the families of Palestinians involved in ‘acts of violence’ ahead of the potential demolition of the home” in question.

The contract further noted that the Swiss funds will go toward financing radio broadcasts aimed at enlisting support for a Bedouin community facing eviction. While the contract does not specify the Bedouin community in question or the radio stations that will aid in this effort, it does clearly constitute blatant meddling in Israel’s internal affairs.  Among the other activities to be financed by the Swiss are assistance for imprisoned terrorists, participation in weekly protests demanding their release, legal representation of terrorists, legal counsel for their families and the filing of complaints demanding the return of terrorists’ bodies.

The Swiss Embassy in Israel released a statement saying, “No activity of the Swiss government was intended to harm the State of Israel. Switzerland has a flourishing relationship with Israel in many fields. In accordance with Clause 54 of the Swiss Federal Constitution, the Swiss government promotes respect for human rights and democracy, as well as the peaceful coexistence of peoples around the world.”

Shaun Sacks, a senior researcher at NGO Monitor, said he was surprised by these findings, which he said “demand immediate attention.”

“Switzerland is a country that is friendly to Israel, and which only two years ago passed a law banning the funding of organizations that promote antisemitism or have ties to terrorist organizations, and therefore this move is a clear violation of every diplomatic norm,” he said.