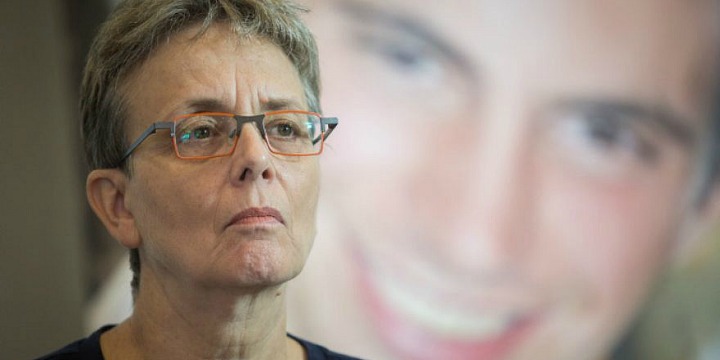 JNS.org – Leah Goldin, mother of captured Israel Defense Forces’ soldier Hadar Goldin, is scheduled to address the UN Human Rights Council in Geneva later this week, where she will call on the international community to help return her son’s remains.

This summer marked five years since Hadar was killed and his body taken by Hamas during a UN ceasefire in Israel’s “Operation Protective Edge.”

With each passing day that the Palestinian terror group refuses to return Hadar (and the remains of another IDF soldier, Oron Shaul), Goldin says they continue to “cruelly torment our family, with their inhumanity seemingly knowing no bounds.”

The Human Rights Council session will coincide with the opening of the UN General Assembly in New York, where world leaders and heads of state will be gathering. Federal prosecutors offered an ominous new assessment of last week's siege of the US Capitol by President Donald Trump's supporters...

Although the primary responsibility for Hadar’s release rests with Hamas, Goldin will stress that the United Nations and the international community, under whose watch the ceasefire was enacted, “bear both moral and legal responsibility for his return.”

According to Goldin, there has been a “paradigm shift” in the way her son’s case must be approached in the wake of the UN Security Council’s unanimous adoption this June of Resolution 2474 regarding the return of all persons reported missing in armed conflict.

“We know beyond doubt Hamas does not abide by international law. However, for the first time, this resolution shifts the burden of responsibility, by mandating that all nations have a duty to help return the remains of persons reported missing in armed conflict,” said Goldin.

“Hadar’s return cannot be my mission or Israel’s mission alone, and must be the responsibility of all nations of goodwill, who respect international humanitarian law and truly seek peace in our region,” she added.

Last month, the Goldins met in New York with UN Secretary General António Guterres, who reiterated his support of Resolution 2474, calling to “immediately and unconditionally” release Hadar’s remains and undertaking to raise the issue during the upcoming UN General Assembly.

Goldin is traveling to Geneva as a guest of UN Watch, and is accompanied by human-rights attorney and executive director of the Israeli-Jewish Congress Arsen Ostrovsky.

During her visit, which is also being supported by the Israeli Mission to the UN in Geneva, Goldin will meet with the International Committee of the Red Cross, which has repeatedly been denied access to Hadar, as well hold a number of bilateral meetings with various diplomatic missions and senior officials at the United Nations.