The Attempt to Dejudaize Jesus 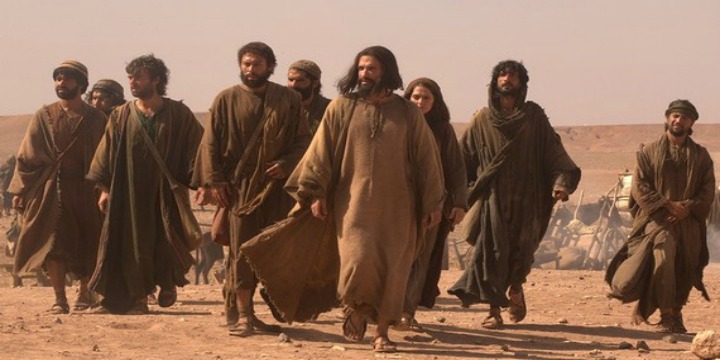 A photo from the film Killing Jesus. Photo: National Geographic.

“Bishop Sasse! Do I, an Aboriginal, have to tell you how to be a Christian?”

Christmas has come and gone, and so we wait for next year to see some clerics and others ritually posing in front of the security barrier which has saved thousands of Israeli lives from ruthless killers. As usual they will express love for all (with a notable exception), while propagating the impossible mantra that Jesus was the first “Palestinian refugee.”

This attempt to dejudaize Jesus is not new. It forms part of a replacement theology formulated by the Nazis to justify their hatred of Jews that ended with the Holocaust. Modern day replacement theologians have therefore shamelessly utilized and revitalized Nazi propaganda to promote their agenda. For them, the parable attributed to Jesus about “old wine in new bottles” has come to mean something very different, and certainly not based on universal love.

In her book The Aryan Jesus, Susannah Heschel described the work of Professor Walter Grundmann, a prominent theologian from the prestigious University of Jena. Grundmann headed the Institute for the Study and Eradication of Jewish Influence on German Religious Life. Its aim was the “Entjudung,” (dejudifying) of Christianity and to find intellectual solutions to the problem of the Jewishness of Jesus while simultaneously promoting antisemitism. The challenge was how to spread the idea of a German Aryan master race while integrating and repudiating the message of universal love spread by Jesus. This notwithstanding the fact that the Jewish Jesus was a disciple of Rabbi Hillel, whose school was a dominant force in rabbinic Judaism of the time.

Despite glaring intellectual and academic fraud, Grundmann gained much “scientific” respectability. His central thesis was that Jesus led a war on Judaism and therefore was not a Jew. In any case, according to Grundmann, Jesus was a Galilean not a Judean, which is like saying real Germans are from Prussia not Hesse or Bavaria. For Grundmann, Judea was the real Land of the Jews. After all, the word “Jew” derives from Judea. However, today, Judea has itself been politically dejudaized by Muslim countries and the EU among others, who now call it the West Bank. Historical revisionism has always mutated to suit ideology. Indeed, Grundmann instigated the publication of a New Testament in Nazi Germany with all Jewish references expunged.

Of course, Nazi attempts to dejudaize Jesus did not end in 1945. Hitler’s friend, the Palestinian leader Haj Amin al Husseini, who stayed as his guest in Berlin, continued to carry the flag of anti-Jewish hatred decades after the establishment of the Federal Republic of Germany in 1949. Al Husseini had been thwarted in his plans to establish death camps for Jews in Judea following the defeat of Rommel in North Africa. His fanatical ideologies, however, persisted; one of which was the dejudaization of Israel, including  its history regardless of countless archaeological sites, writings, and artifacts from thousands of years ago.

Grundmann’s Nazi replacement theology is the legacy that contemporary replacement theologians have adopted without shame. They have corrupted the Jewish Jesus for their own ends, repudiated the scriptures that Jesus preached, and promote the destruction of Israel with a wink and a nod using a message of fake love to disseminate hatred.

Grundmann, like a chameleon changing colors, served both the Nazis during the war and their mortal enemies the Communists after the war. Following Hitler’s defeat, Grundmann worked as a Stasi informer for the GDR. Like other Nazi theologians, he felt no embarrassment in changing political ideology as circumstances dictated. He and his colleagues thus adapted their hatred of Jews to new post-war realities.

So, as Jesus knew, Nehemiah needed to build a wall in 444 BCE to protect the lives of the distressed Jewish citizens of Jerusalem and later. Despite no reference to Palestine in the Christian Bible, the charade goes on.

Grundmann died in 1976, aged 70. The Jewish Bible, which was the only holy book Jesus knew, says in Psalm 90 that our lifespan is three score years plus ten. At least Grundmann got something right.

Ron Jontof-Hutter is the author of a satirical novel on political correctness gone awry, The trombone man: tales of a misogynist.