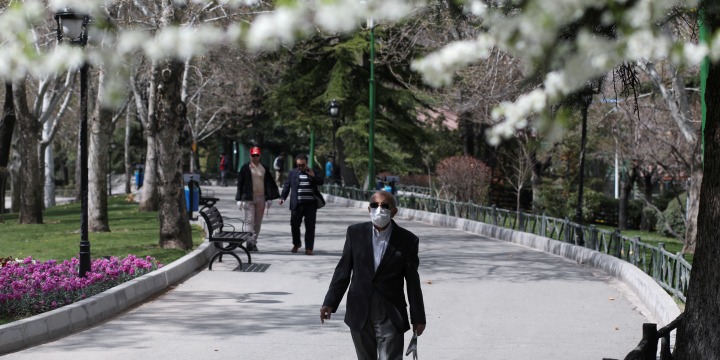 Arch rivals Saudi Arabia and Iran both violate the rights of religious and ethnic minorities. Victimized populations include Uighurs threatened with deportation to China, where they run the risk of being incarcerated in re-education camps in the troubled northwestern province of Xinjiang; Rohingyas who have been the victims of ethnic cleansing in Myanmar; and Baha’is and other religious minorities are persecuted in Iran.

Saudi and Iranian policies seem more in line with those of authoritarian and autocratic leaders who seek their legitimacy in civilizationalism that emphasizes the supremacy of one civilization at the expense of others, rather than principles of humanitarianism.

Backed by Turkey and Iran, Malaysia recently organized an Islamic summit in Kuala Lumpur that failed to live up to its billing of defending the rights of endangered Muslim minorities. Nonetheless, the summit sparked ripples in various Muslim nations in the Middle East as well as Asia.

Beyond Iran and Saudi Arabia’s overall abuse of universal human rights, recent reports highlight their failure to ensure the safety and rights of persecuted minorities — a principle that was very much emphasized during the recent commemoration of the 75th anniversary of the liberation of Auschwitz.

“Auschwitz did not fall from the sky,” said 93-year-old historian and Auschwitz survivor Marian Turski. Turski argued that Auschwitz was the result of thousands of small steps that stripped minorities of their dignity and humanity. “The 11th commandment is thou shalt not be indifferent. Do not be indifferent when any minority is discriminated against,” Turski said.

The Saudi deportation of Uighurs caught in a no-man’s land, whose passports have not been extended by China as part of its brutal crackdown on Turkic Muslims in Xinjiang, casts a shadow over the visit to Auschwitz by Muhammad Issa, the first by a senior Saudi cleric.

Issa’s visit was designed to project that the kingdom under Crown Prince Muhammad bin Salman, who has defended the Chinese crackdown on Muslims, is a religiously tolerant country that has broken with the intolerant aspects of ultra-conservative Islam — not only in its discrimination against women, but also in its attitudes toward other faiths and minority groups.

Issa heads the Muslim World League, which for decades was one of the prime Saudi vehicles for the global promotion and funding of Sunni Muslim ultra-conservatism.

The world must ensure that “these kinds of horrible crimes” will never “happen again,” Issa said at Auschwitz, echoing statements by multiple Auschwitz survivors who insisted that “never again” was a principle applicable to all persecuted minorities, not just Jews.

Issa’s statement may well have been genuine. “His face reflected feelings of shock and sadness as he looked at piles of used canisters of Zyklon-B, the gas used to suffocate victims, along with mounds of eyeglasses, shoes, prayer shawls, and human hair that the Nazis collected from incoming prisoners,” according to one report.

“Unfortunately, humanity is still suffering from these kinds of crimes on a large scale today, different human beings against each other. I believe there is a huge responsibility on the international community to do something to deal with these kinds of horrible crimes and to make sure none of this will happen again. Our world will not be able to achieve peace unless we have a strong will together to fight evil,” Issa said in Auschwitz.

But fighting evil would mean making arrangements for Uighurs left without valid documents as a result of Chinese policy — if not in the kingdom itself, then in cooperation with other countries. Not doing so exposes them to the risk of indefinite incarceration.

It would also mean adopting a compassionate attitude toward the approximately 250,000 Rohingya who have sought refuge in the kingdom from ethnic and religious persecution in Myanmar, where they are denied basic rights.

The International Court of Justice (ICJ) has ordered Myanmar to adopt provisional measures to prevent further attempts at genocide against the roughly 600,000 members of the Rohingya Muslim minority remaining in Myanmar. Some 750,000 Rohingya have fled to Bangladesh in recent years to escape what the UN calls ethnic cleansing.

Rohingya began migrating to Saudi Arabia in the 1950s and were granted residency by King Faisal in 1973, allowing them to live, work, and travel within the kingdom and abroad. In recent years, however, thousands of Rohingya have been expelled as illegal immigrants or because they entered the kingdom on false documents — the only papers available to them as a result of Prince Muhammad’s efforts to reduce dependence on foreign labor and increase employment opportunities for Saudi nationals.

By the same token, Iran recently ruled that national identity cards would only be issued to adherents of the three minority religions recognized by the country’s constitution: Christianity, Judaism, and Zoroastrianism.

The ruling eliminated the category “other” on the application forms for the card, which is needed to access government and banking services as well as to make numerous other transactions.

The ruling targets Baha’is, members of a sect viewed as heretical by mainstream Islam, and other sects, forcing them to lie to obtain the identity card.

Baha’i leaders have been imprisoned and those who openly follow the faith are routinely denied university education and employment, while members of the community have seen their businesses shut down and land confiscated by the state.

Iran’s National Organization for Civil Registration, responding to a complaint about the omission of the “other” option, advised a Baha’i complainant to in effect disavow his faith and fill out the form with incorrect information.

“Dear citizen, we wish you health. The law neither recognizes your religion nor offers a solution. You may submit your application under existing options,” the authority said.