Ever since the outbreak of the coronavirus pandemic, many influential Palestinians have maliciously spread the lie that Israel is using the virus as a biological weapon and deliberately spreading it in Palestinian areas.

These slanders start at the top.

They claimed that Israel intentionally spread the virus through nearby infected Jewish residents and through infected Palestinian workers returning from work in Israel.

Palestinian political cartoonists quickly spread the calumny with efforts like this: A new trend in Palestinian political cartooning emerged with the stoning killing by a Palestinian of 21-year-old IDF soldier Amit Ben-Yigal last month. After the murder, a new campaign with the theme “If you don’t have a gun, kill an IDF soldier with a rock” was widely circulated on social networks. Many such cartoons appeared on Fatah’s official website and in the Palestinian press, including these: 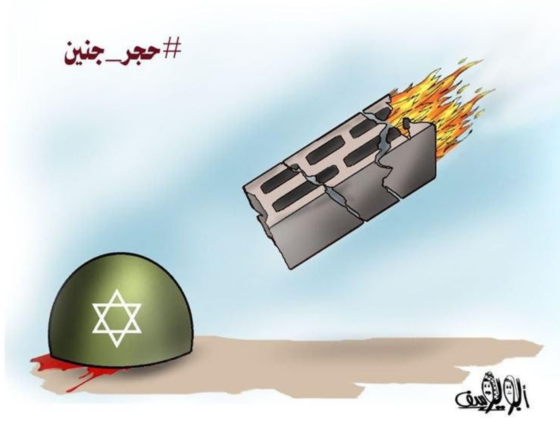 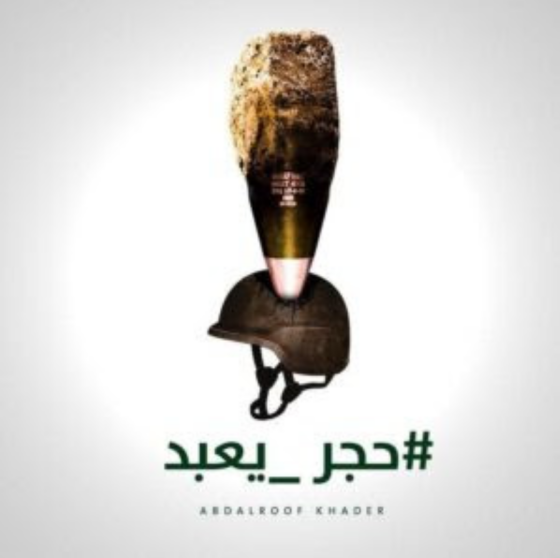 In English, Palestinian leaders call stone-throwers “peaceful protesters.” In Arabic, they admit that stones can kill, and encourage their people to use them for that purpose.

Inciting their people to hatred and violence is a major weapon for Palestinian organizations, including the Palestinian Authority and Hamas, in their fight against Israel.

The Palestinian public is force-fed this incitement from infancy. This hate is fed to them through the education system, the media, and the mosque. The goal of institutionalized incitement is to indoctrinate each new generation of Palestinians with an unquestioned idea — “Occupied Palestine” — and encourage them to carry out acts of violence against the “Zionist enemy.”

Incitement is also intended to prepare the people for future uprisings, when they will be expected to take to the streets and act with no holds barred. To encourage this behavior, the leadership indoctrinates the people into believing they are fighting for the noblest of causes. This strategy has proven very effective — so much so that even some Jewish organizations in Israel and elsewhere justify Palestinian violence against the “Israeli occupation.”

Senior Palestinian officials have used propaganda and incitement against Israel non-stop since the signing of the Oslo Accords in the 1990s. In contrast to the fluctuating intensity of the “armed struggle,” Palestinian incitement against Israel is continuous and adapts to current events. For example, the Palestinians used to routinely call IDF soldiers “Nazis” and the Israeli PM “Hitler.” Then, during the time of ISIS, they began calling Israeli soldiers “ISIS terrorists” and the Israeli premier “Abu Bakr al-Baghdadi” (the ISIS leader).

Generations of Palestinians have been brought up with this kind of brainwashing, and it makes peace with Israel impossible.