For Black Antisemites, Visiting Auschwitz Is Not the Answer 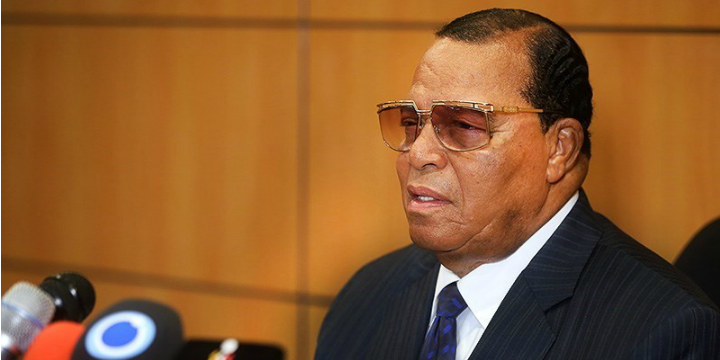 JNS.org – American Jews are making a mistake. When Philadelphia Eagles football player DeSean Jackson made blatantly antisemitic remarks, Jewish Patriots player Julian Edelman invited him to visit Auschwitz. In fact, Jackson has accepted an invitation from Edward Mosberg, a Holocaust survivor. That’s OK. He will, in all likelihood, learn something about Jewish history in Europe, about the Holocaust and about not throwing Hitler’s name around like a football.

But that isn’t where the problem lies. It lies with the erasure of American Jewish history, and for American Jews to suggest the answer is in Poland is unhelpful.

TV personality Nick Cannon believes the problem of race in America goes “as deep as the Rothschilds, centralized banking, the 13 families, the bloodlines that control everything even outside of America.” Cannon worries about “giving too much power to the ‘they,’” and they turn out to be “the Illuminati, the Zionists, the Rothschilds.”

Jackson, Cannon and others get their talking points from Nation of Islam leader Louis Farrakhan. On his YouTube show, Cannon said, “Every time I’ve heard [Farrakhan] speak, it’s positive, it’s powerful, it’s uplifting … for whatever reason, he’s been demonized.”

Farrakhan knows perfectly well that Hitler engineered the genocide of the Jewish people in Europe — no denial there. On the other hand, he thinks that the Jews were responsible for what happened to them. They brought it on themselves.

How? By being Jews — by doing all the nasty things Farrakhan and his ilk charge “the Jews” with doing. Those things don’t bear repeating here or anywhere, but if the Jews did those things in Europe and they do those things in the United States (and, by the way, claim the “intersectionalists” who want to ride on well-founded concerns of African Americans, they do those things in Israel, too) well, then, can you blame Hitler for a little overreaction? Can you blame American antisemites for the violence in Los Angeles on Memorial Day weekend, or say, the shooting at the Tree of Life Synagogue in Pittsburgh? At Chabad of Poway?

What do they do? Well, you know, they are “termites” and all.

Jackson said his goal was to elevate African Americans. That has been the goal of some pretty amazing people — black and white — for a long time. Does Jackson know about Rabbi Abraham Joshua Heschel, who walked across the Pettus Bridge in Selma with his friend and partner Dr. Martin Luther King, Jr.? If what he knows about the bridge comes from the movie Selma, then he doesn’t because Rabbi Heschel was edited out. “Racism is Satanism,” said Rabbi Heschel. The line, at least, should have stayed in the movie.

Does Cannon know about Jewish New Yorkers Michael Schwerner and Andrew Goodman, who, with their black colleague James Cheney, were registering black voters in Meridian, Mississippi, in the 1960s? They were murdered together, and their bodies dumped with his in the woods.

Does either know the name Arthur Lelyveld or Edward Sachar? If not, why not?

What about Professor Joel Spingarn? White, Jewish, Republican and the second president of the NAACP and chairman of its board from 1913 until he died in 1939. As a book publisher, he helped settle a dispute between W.E.B. DuBois and the followers of Booker T. Washington. Spingarn High School in Washington, DC, is named for him. Among his allies were Jacob Schiff, Jacob Billikopf and Rabbi Stephen Wise. Who?

Julius Rosenwald, founder of Sears, Roebuck & Company in the late 19th century, collaborated with Booker T. Washington. For his 50th birthday, Rosenwald gave away $700,000 ($16 million today), including $25,000 to the Tuskegee Institute, which Washington used to build schools in rural Alabama. Rosenwald and Washington became partners in education. By the time Rosenwald died in 1932, there were 4,997 Rosenwald schools across the South that educated 35 percent of all black children in the South and 27 percent of all black children.

And in the north, the International Ladies Garment Workers Union (ILGWU) and the Amal­gamated Clothing Workers (ACW) took the lead in organizing newly-arrived African Americans into union membership — over the opposition of the American Federation of Labor (AFL) national board. Herman Grossman was the first president of the ILGWU, and Bernard Braff the first secretary-treasurer.

There is more — there is so much more — but the principle for Jackson and Cannon is that they don’t have to demean American Jews or laud a vicious antisemite to help African Americans.

For Jews, all people are created in the image of God, which meshes completely with the American belief not only that “all men are created equal,” but that “they are endowed by their Creator with certain inalienable rights.” Having been deprived of those rights in Europe, and across much of the Middle East and North Africa, Jews — an often-despised minority here in the United States — were true believers in the promise. We have used and still use that leverage to work towards redeeming the promise for ourselves and everyone else. We’re not there yet.

Furthering DeSean Jackson and Nick Cannon’s general Jewish historical knowledge at Auschwitz or elsewhere is fine, but it’s not close to enough. In this, our country, Jews have been and remain partners in civil and human rights. And they need to know that.