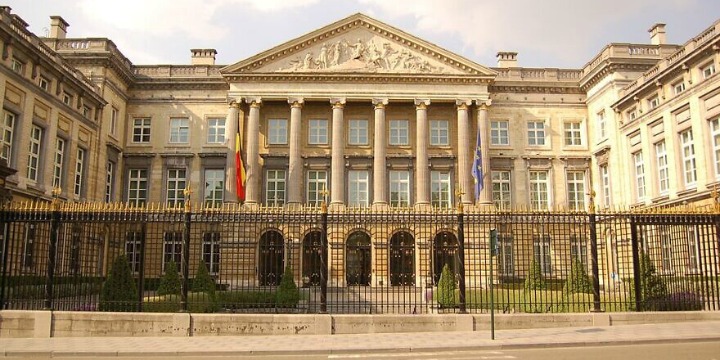 JNS.org – Israel summoned Belgian Ambassador Jean-Luc Bodson to the Foreign Ministry in Jerusalem on Monday to protest his country’s support of groups working to “mitigate pro-Israel voices,” according to an Israeli watchdog group.

“The Belgian funding was coordinated with the Palestinian government and with NGOs tied to the PFLP [ Popular Front for the Liberation of Palestine],” which is classified by the European Union as a terrorist organization, according to NGO Monitor.

“Government officials cannot hide behind slogans like ‘NGO independence’ when the organizations that they select for funding promote hate and demonization,” said Gerald Steinberg, president of NGO Monitor.

“This diplomatic démarche reflects the growing Israeli anger over Europe’s support for the NGO cold war against Israel,” he added.

Israel and Belgium have been entangled in diplomatic tensions before.

In February, Belgian Deputy Ambassador Pascal Buffin was summoned by the Israeli Foreign Ministry to hear Jerusalem’s complaint that Belgium, in its capacity as president of the UN Security Council that month, had invited Brad Parker of Defense for Children – Palestine to brief the council, Israel Hayom reported.

Though calling itself a human rights group, Defense for Children reportedly also has ties with the PFLP, has accused Israel of torturing Palestinian children, and supports the BDS movement, which calls for boycotting, divesting from, and imposing sanctions against Israel.

In 2017, the Israeli government declared that the “Belgian government needs to decide whether it wants to change direction or continue with an anti-Israel line.” The statement was issued after initiatives were said to have been launched by the Belgian state prosecutor to put on trial senior Israeli military and political figures for supposed war crimes against Palestinians.